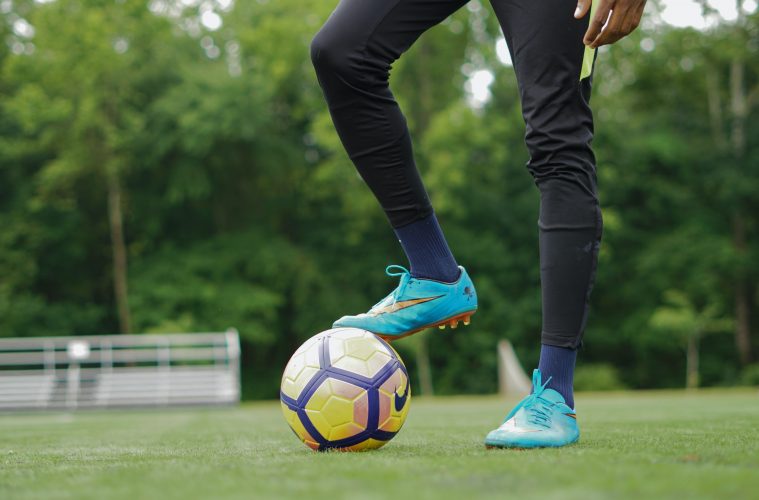 It is no secret that most men (let’s not say all) love football; the question is, why? Why do men love football so much that they don’t mind spending much on tickets?

Why, even after the game, do they still talk about it and read news articles on their favorite teams and games? There are different reasons why the larger percentage of football following are men, and some are listed below.

In the real world, most men would shy away from showing emotion; some even consider you unmanly when you’re emotional. However, football evokes that emotional response from men; most men get a certain emotional high when they watch or read about football.

Football brings a euphoric feeling that has no side effects or associated destructive physical behavior – at least not for the fan. Instead, it brings a sense that something huge and exciting is happening, especially when it is a major league tournament.

In football, fans stick to their team, win or lose; they share their team’s victories and losses. Thus, football gives men a sense of belonging where fans reaffirm their commitment by remaining loyal to their sports clubs.

Either that or they make excuses for them – like saying they are losing because they are having a bad season. But, win or lose, football makes men feel good about themselves through associating with their chosen team; their excitement is justified.

Generally, men love to sit together and talk, yell, joke, mock, and offer non-judgmental opinions. That explains why some men prefer to buy tickets and watch a game physically rather than online.

Most of the time, men don’t have anything to discuss; football is the one thing most men argue and discuss. So it is not surprising to find men meeting one another on the bus for the first time and engaged in heated conversations or analyzing while streaming a Parimatch football live.

When you draw closer to hear what they’re talking about, you’ll realize it is sports. You probably won’t even need to move closer because the arguments and discussions are loud more often than not.

Women can talk about almost anything, from a man they crush on to what they ate that morning. However, men are often more limited in communication, and football presents an opportunity to fulfill their social needs and hang out with friends.

Many male football fans consider the sport a pleasant diversion from their normal routines. Where ladies find more joy in watching movies, men would rather watch football; it helps them unwind.

It is even better when their team wins because it offers a chance to celebrate, even to the point of getting drunk. But, sometimes, it’s a fight rather than a celebration; fights tend to break out, especially after a big football game.

Older men cannot go to the field to play ball like they used to, so they settle for watching it. To most men, being in the stands and watching a football game is the second-best thing to being on the field playing or coaching. Most men’s egos are so tied to football games that they’d rather watch it if they cannot play than forget it altogether.

Men find physical exhilarating and appealing, which means they find a better alternative to purposefully harming their fellow human beings. While most men don’t appreciate violence done purposely to harm their fellow, football offers an opportunity for accepted violence. Unfortunately, that often means some players get injured, some have died, and some lucky ones heal.

Meanwhile, regardless of the battle that occurred during the game, the end of the game is almost always pleasant. The opposing teams are never too proud to congratulate the winning team; they even laugh. Thus, the “violence” we’re talking about is between friends and off the field, and there are rules protecting players.

Many men find purpose in their otherwise normal, uneventful life watching football. For some, that purpose is cheering the winning team on; for some, it is dreaming about personal greatness.

Either way, football helps men believe they can be great, aiding in the hero mentality. Everyone wants to be a hero, and football provides something close to that.

Every man has his reasons for loving football so much; these eight are the general reasons we gathered. Whatever the reason, it is a fact that football allows men to be themselves – letting all the emotions out without judgment. Thus, it makes sense that they are excited about football; for men, football is a soap opera.