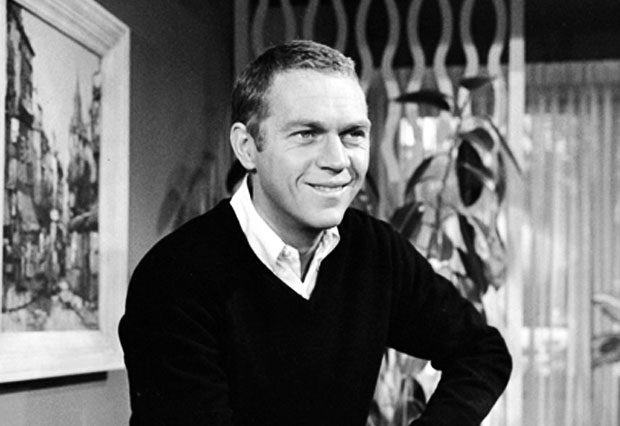 That’s the dictionary’s definition. But what’s ours? – As real people. What makes us stylish? Are we born with it? Or is it something we mature into? Is it merely the clothes on our backs and the shoes on our feet? Or is style judged by our career and where we went to school? One thing’s for sure, it’s a tough question that needs answering. And because of this, here at MFM we’re going to attempt to do just that.

To define style, It seems logical to carefully think about those of whom we all consider to be stylish. For these are the people that have been placed into the public eye and have then been branded with such a tag. Without sounding cliché, let’s first take Mr Steve McQueen. A Hollywood actor whose notable films were made in the 60’s and 70’s. In fact, Steve McQueen had so much style that still today almost eighty four years since his birth – he’s still the leading male style Icon.

The initial point made by the dictionary to describe style was: a particular procedure by which something is done; a manner or way. If we put this into context, it would suggest that Mr McQueen had characteristics associated with those of stylish ones. But what exactly were those characteristics? Firstly, through research Its clear to see that the ‘Bullit’ actor was the domineering type, with a love for action and risk taking. Likewise was he a person who went against the set rules of life and all those involved. Is this why he was commonly thought of as a stylish person, because he went against what the rest stuck too? We think not. Of course, many did and still do admire him for it – but that solely doesn’t make him an individual of style. Our reason for this would be, take modern day icons such as Mr David Beckham and Mr Justin Timberlake. These guys are profoundly well known for their gentlemanly, good natured conduct. A conduct that was the opposite of Mr Steve McQueen’s. With that being said, we still haven’t got to the bottom of what style is. Take a look through the archive of style icons here at www.mensfashionmagazine.co.uk and you’ll discover each one of them are entirely different people, with different careers and ways of life. So, this would lead us to the conclusion that style is a thing of individuality, it’s the way you carry yourself, the way you respect yourself and the decisions you make. Ultimately, it’s the image of who you are.

Although – as the dictionary indicates – style isn’t based on one factor. Style is also: a distinctive appearance, typically determined by the principles according to which something is designed. This helps us in realising why so many are considered ‘style icons’. We’re told that appearance doesn’t matter, but let’s face it, it does. In the wise word of Mr Mark Twain, “Clothes make the man; naked people have little or no influence in society”. And this is where we come in. It’s up to you to create your own stylish way of being and way of life, but it’s up to us to help you dress the part to do so. After all, would Steve McQueen, David Beckham and Justin Timberlake be labelled style icons without their impeccable sense of dress. The answer is no.

Let us not break down anybody else’s look, and learn how we can take inspiration from it. Let us create our own look, and let people take inspiration from us – for that is what every style icon in history has done. For this post let us leave out trends and seasons and focus on our own individual style. To begin, we must deliberate who we are. For instance, if your passion in life is fitness, then find a way to bring this into your personal style. This could be done by choosing to wear sneakers instead of shoes, or a sweatshirt instead of a cardigan. Alternatively, you could be the kind of person who’s into art and design – bring this to life through the way you dress. Try patterned trousers instead of more classic designs or try new things with accessories such as pocket squares and belts. The point is, let your personality define your style and merely take inspiration from designers, retailers and sites like ours – don’t let them create your style for you.

Below we have put together three varied looks for different people. This purpose of this is not for you to blindly copy; but realise this way of thinking. It ought to be understood that we are simply trying to demonstrate a way to let your personality be presented with in your appearance in order to form a individual look that’s unique to who you are.

Look One: The Serious Man

Look Three: The Laid Back Man

It’s a difficult, ever tricky task to define what style is. Your opinion of it may differ to ours. But the only coherent way to describe it would by saying style is a reflection of yourself, who you are, what you do, how you do it and most importantly to us how you dress. The main point to take away from this article would to be dress in a way that suits you and your personality, for anything else isn’t a true reflection of you. We’ll leave you with this…

” Style is when they’re runnin’ you outta town, and you make it look like your leading a parade”