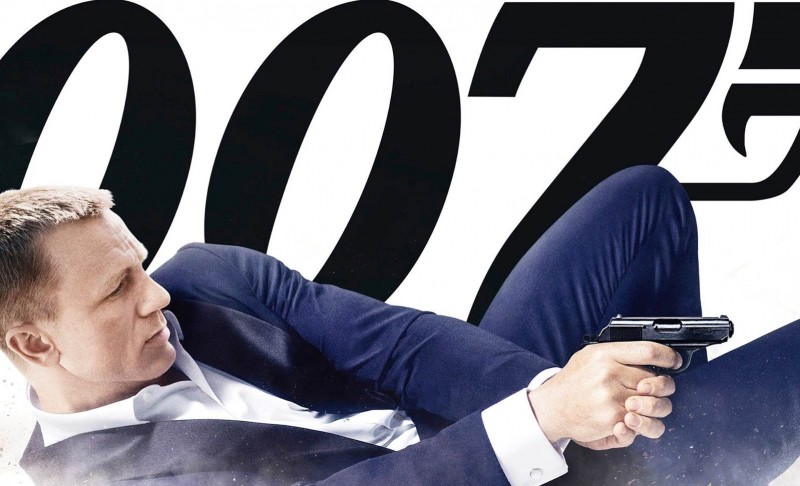 As well as being one of the silver screen’s most legendary figures, James Bond is also one of its most stylish – something we are seeing once again in new film Spectre. Bond has the ideal attire for everything from dressing to impress to going undercover as part of his mission and these are his top five choices.

When Bond (Roger Moore) arrives in America in this 1973 film he gets out of a taxi wearing a vintage Chesterfield overcoat in navy blue. It is all old-world English luxury with velvet collars and a perfect cut, showcasing Bond’s class in this slightly alien environment. At the time, Live and Let Die was a slightly more modern adventure for Bond, but clothes like this showed he remained the quintessential Englishman.

Hardly a classic Bond film, but Pierce Brosnan’s last outing (from 2002) does see 007 looking as immaculate as ever. When he infiltrates the ice palace owned by the villain Bond wears a brilliant black cashmere turtleneck sweater, which looks great but is also loose enough to allow him to conceal a gun beneath it – the mix of style and practicality that defines the character.

The very first time we ever see Bond onscreen, in 1962’s Dr No, he is played by Sean Connery and is gambling at a classy European casino. He hits the baccarat table wearing an evening suit in midnight blue, with satin shawl collar and white Turnbull and Asser shirt. This defined the iconic Bond ‘look’ for many viewers, alongside the famous Martini shaken, not stirred. Bond probably wouldn’t had dressed up so nicely had he being playing online pokies on sites like casinoonline.co.nz.

The dark evening suit has become synonymous with Bond in his more glamorous moments of relaxation, but Spectre opts to shake things up by having 007 (Daniel Craig) wear one with an ivory jacket for the first time in 30 years. He wears it when meeting beautiful Bond girl Madeleine Swann (Lea Seydoux) for dinner, and makes it look immaculate as always. It was inspired by the Windsor model designed by Tom Ford.

5. Safari Suit – The Spy Who Loved Me

The Roger Moore Bond era saw 007 become more adventurous in his clothing choices, typified by the tan safari suit and light brown Gucci moccasins he wears when he travels to Cairo to meet Russian spy Anya (Barbara Bach). It was a particularly fashionable look for the time, meaning it is a bit more dated than his more classic outfits, but it pushed the character into more contemporary areas.

These outfits show why Bond has been a style icon across the cinematic ages.