Tom Ford has developed a range of men's makeup, which aims to help men become immaculate yet masculine. 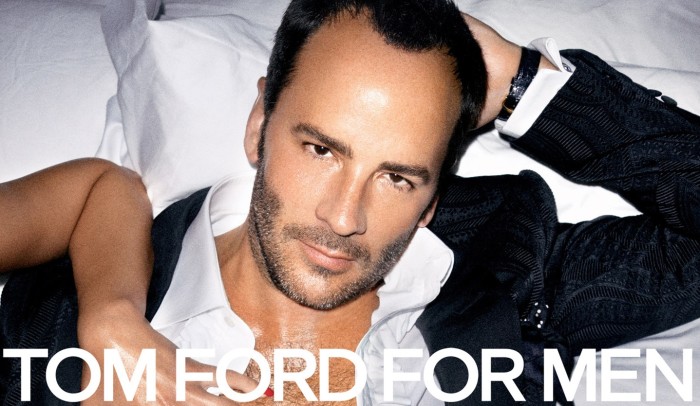 Tom Ford has developed a range of men’s makeup, which aims to help men become immaculate yet masculine.

Year after year men are becoming more aware about the products and cosmetics available to help them look and feel better, yet there still remains a clash between women being expected to wear make-up, and men being frowned upon for it. This year Tom Ford has extended his female beauty range into cosmetics for men, and the increasing market for male cosmetics suggests there will be a positive response.

When Mark Simpson created the ‘metrosexual’ label, it was referring to more males beginning to use moisturizer and hair dyes. Alessandra Codinha, from The Daily Beast, discovered that American consumers spent more than $5 billion on male grooming products in 2012, which is more than double that was spent in 1997. But it isn’t just guys borrowing their girlfriends’ moisturizer anymore, with men taking up 22% of the make-up and skincare market in the UK. From foundation ‘sculpting face stick’, concealer ‘confidence corrector’ and eyebrow pencils ‘brow and beard correctors’, there are already a wide range of basic products for men that will help enhance their appearance.

Therefore, it really isn’t a surprise that Tom Ford is creating a range of male grooming products with Sephora. Ford is a man of great taste, he always looks immaculate yet remains masculine and knows what suits him – so shouldn’t men want to follow in his footsteps? As a user of make-up himself, Ford explains that make-up can help men look like a better version of themselves, “Most people say to me, ‘Wow, you have great skin.’ I pay attention to my skin. I use skincare and grooming products”.

People with blackheads should avoid popping, squeezing, rubbing, touching, or picking at affected areas. Want to remove your pesky blackheads? Discover the latest blackhead remover products in 2020. Not all acne is treated in the same way. To treat blackheads, a healthcare provider may recommend over-the-counter (OTC) or prescription medications depending on a particular situation. These can be applied topically, or directly to the skin.

Tom Ford is open about the products that he uses, saying that he is never without bronzer “People think I am always tan, but I wear bronzer every single day. I use it on areas of my face that would usually get hit by the sun after a morning playing tennis. I put it across the high part of my forehead, and on my nose and cheekbones.” He expresses that concealer “Just makes skin look better” and when he sees a man with chapped lips he thinks “Ugh! Who would want to kiss those lips?”

Ford said in an interview a few years ago: ‘I love beauty products. At Gucci I’d spend days working with a make-up artist getting the show to look right. I was never drawn to walking in women’s shoes that’s maybe why some of them hurt. I never had a desire to wear the clothes. I’m probably the only man in England who doesn’t want to dress in drag. But make-up? That I’m serious about.’ Ford is not offering your everyday cheap product, but instead luxury grooming named Tom Ford for men. The range will include nine skincare and grooming products, including moisturizer, eye treatment, face cleanser, a purifying mud mask, bronzing gel and of course concealer, with most items ranging from £40-£60.

Marc Jacobs will be a key competitor for Ford, as he too is starting a new make-up range for men this year. Offering prices from £15 for a lip balm to £37 for an eyeshadow palette, Jacobs has ‘personally tested all the products’ from his favourites; concealer, lip balm and brow gel, to the rest of his collection including cleanser, a mud mask and bronzer.

It’s no surprise that many males within the fashion and acting industry wear makeup, and with these people being portrayed as roles models, is it about time you trusted them and bought into making yourself look better?