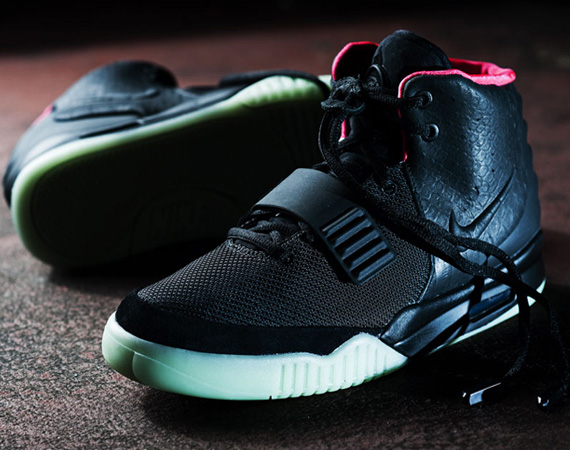 Kanye West has certainly been one of the most talked about people in the media, being acclaimed for anything from music to fashion. Yet once again Kanye has been in the limelight, this time the prolific entertainer and designer has been noticed for his Nike Air Yeezy 2. Released on February 9th his limited range sneakers sold out in a mere 11 minutes.

The recent pair, Red Octobers can certainly be seen as  a striking piece, which I believe typifies West’s elaborate style. It was a surprise that this pair was released after his dispute with the iconic brand, but Nike have said that this will be the last of their collaboration.

The limited range retailed at $245, however customers who bought these trainers are selling them at an extortionate price of up to £3,500 on eBay, which will no doubt increase. Worn by his peers and associates, notably Kendrick Lamar, this footwear will definitely attract the urban market and hip-hop scene. His collection has been received in a positive light and has definitely created anticipation for his new and future collaboration with Adidas.

After the recent popularity and sell out of Red Octobers, I feel his next collection will be stronger and much pricier, in true West spirit.