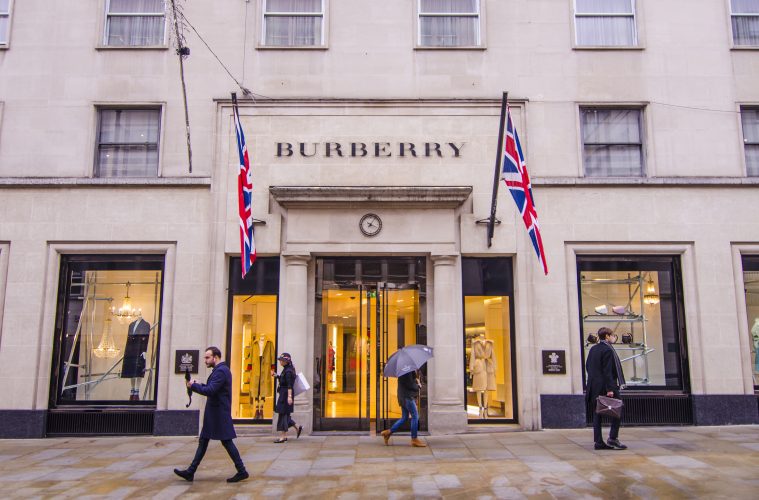 British luxury fashion brand Burberry is located in London, England, that is famous for its ready-to-wear trench coats, fashion accessories, fragrances, sunglasses, and cosmetics. The brand focused on the development of outdoor attire, and over the years, has moved into the high fashion market with the development of its fabric named Gabardine, which is breathable and waterproof and exclusive to Burberry’s pattern-based scarves, trench coats, and other fashion accessories.

The brand was founded in 1856 by 21-year-old Thomas Burberry, who was a former draper’s apprentice and opened is his own store in Basingstoke, Hampshire, England. By 1870 it was an established business that mainly focused on outdoor attire. In 1891 Burberry expanded and opened a shop in Haymarket, London. The company was an independent family-controlled company until 1955 when it reincorporated, and Great Universal Stores (GUS) assumes ownership.

During the 20’s the tartan motif, and old Equestrian Knight logo represented the fashion label. The classic Burberry tartan is easily recognizable by its cream color, black and white magnetic stripes, narrow red accent stripes that form squared shapes. This tartan motif has been applied to accessories and other brand products that are still being produced.

The influence of Burberry began to rise among stars of the era. In the 1970’s and 1980’s, Burberry signed agreements with manufacturers worldwide to produce complementary products to the existing British collection, including suits, trousers, shirts, sportswear, accessories for men, ladies and children. These items were distributed in independent retail stores worldwide along with the Burberry stores, which helped contribute to the growth of the brand in sales and profits through the 1990’s. 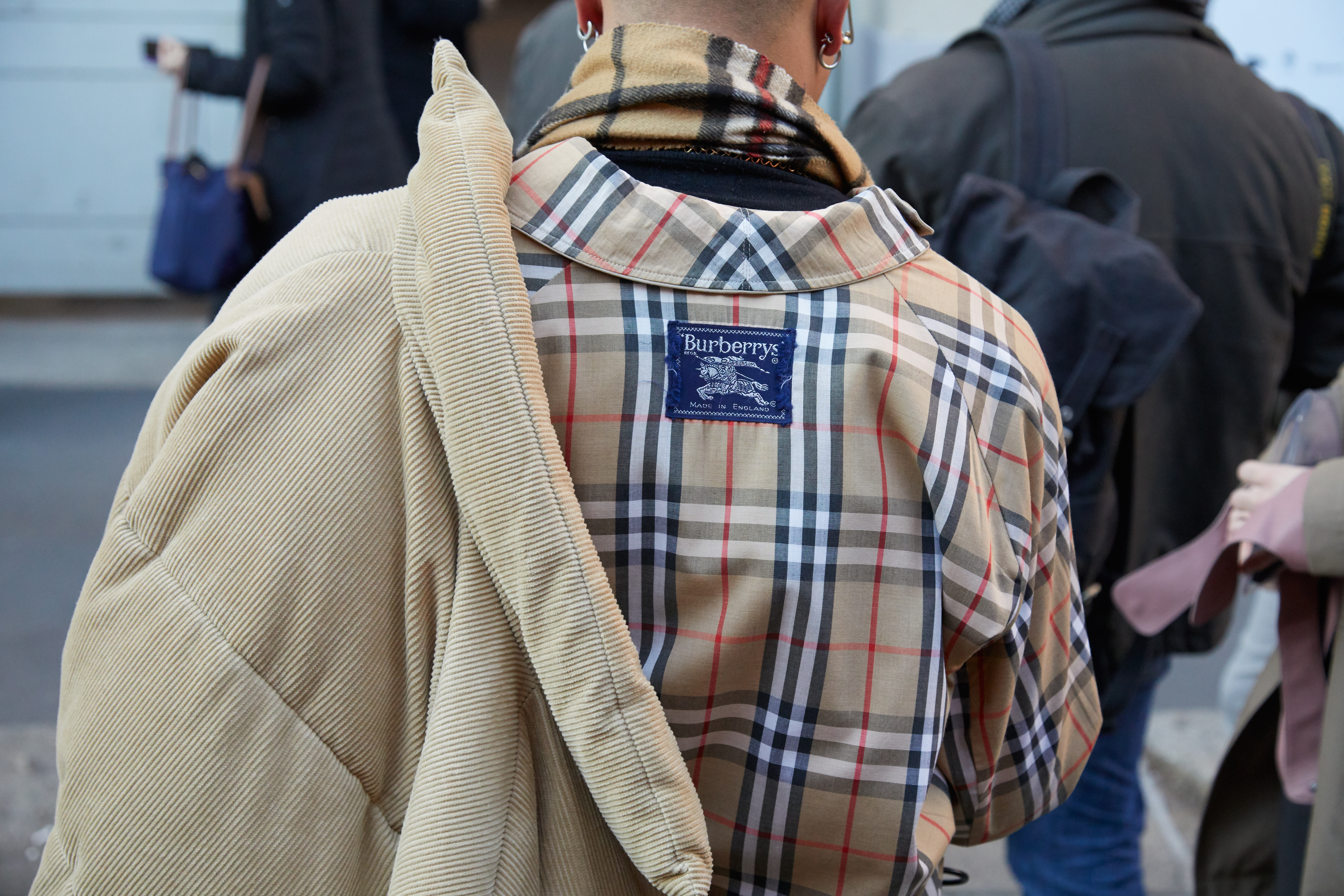 Burberry became associated with the ‘chav’ culture between 2001 and 2005. Chav was a term used to describe a specific type of youth who mostly wore sportswear. At first, the name was considered derogatory as it referred to boys in the United Kingdom who had rude behavior and wore athletic-wear paired with imitation and knock-off designer clothing.

In 2004, the brand saw a decline in profits because of the counterfeit Burberry products. Due to a fake Burberry cap that became a natural part of the chavs uniform, the brand became associated with football hooligans and lad culture.

The brand needed help, and in came Christopher Bailey, who turned brand around by ditching Burberry’s Nova check print, which was being counterfeited and adopted by chavs. The fashion brand removed the check pattern from the majority of their line, except for 10% of products sold and enlisted the help of Cara Delevigne, Eddie Redmayne, and Naomi Campbell to promote the brand began to turn around.

Burberry began selling its products online in the United States and the United Kingdom in 2006, and the rest of Europe in 2007. Now it is sold not only on Burberry retail shops online, but on other online retail stores. Online retail helped with rebuilding the brand and profits.

Burberry and the Future

In 2016, Burberry celebrated the 160th anniversary of the company. The company continues to remain a noticeable icon in the fashion industry.