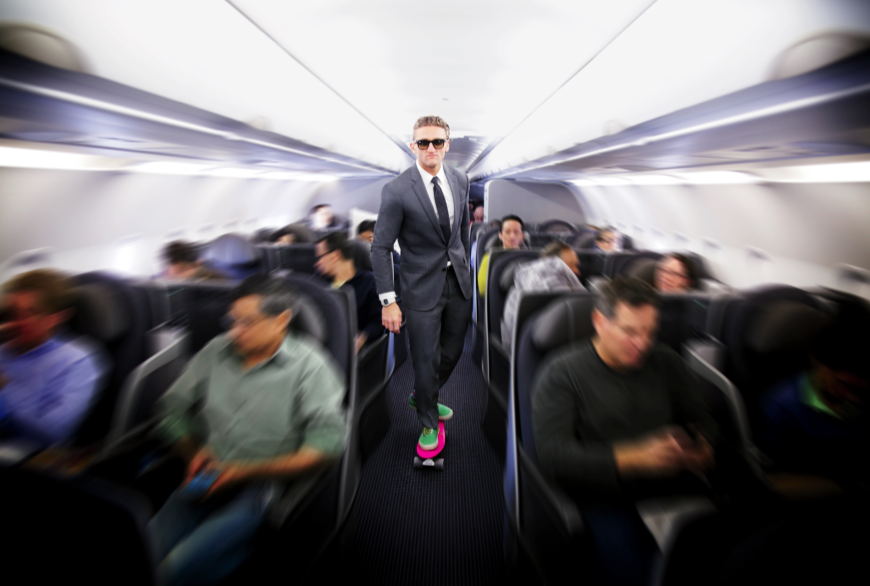 The Five Coolest Ways To Travel (And The Three Least Cool)

Steve McQueen. That is all.

Much as it would pain everyone to admit it. The fixed gear bicycle is something that the hipsters really did get right. And they did it before anyone else knew it was cool.

Put on your best outfit, step outside, and strut. It’s fairly easy to do and it burns calories.

If anything from Back to the Future becomes a reality, it is, by definition, cool. (I know it’s not real but neither is the Illuminati.)

If those five are completely inaccessible to you, then at least avoid these three:

There are no positives to the Micro-Scooter. You aren’t a child, so it’s not even meant for you. It hurts your back, constantly having to bend over a ridiculous handlebar. It isn’t quirky.

The only enjoyable thing about seeing a custom velvet (or indeed any other material that you wouldn’t normally find on a car) sports car is the knowledge that its driver has a smaller penis than you.

Sneakers with wheels. Firstly, the sneakers look woeful, from the bulky shape to the questionable colour schemes. Secondly, the stance that is required to activate the wheels makes you look like a pillock.