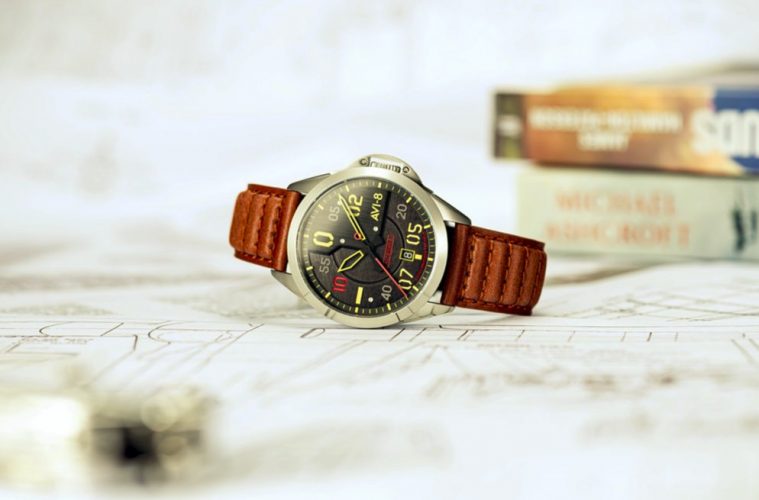 It’s hard to think that serious collectors will not enjoy a few AV-8 watches along their way.

But when that special watch finally arrives, it makes the wait worthwhile.

The AVI-8 P-51 Mustang Hitchcock Automatic watch is one of those watches.

Based on America’s Golden Boy, Tommy Hitchcock was a true all American hero. Born to a prominent wealthy American family, wealthy, an adventurous man in spirit, Harvard educated investment banker, national polo champion, gallant and brave in war and lived the life of a socialite, he was the all American hero.

He became a fighter pilot in the first World War, and after being taken prisoner by the Germans in 1918, he made a daring escape, jumping from a moving train, then carried on by foot, walking 100 miles to safety in Switzerland. After the war, he went on to study at Harvard in America, followed by Oxford university in England, where he began playing polo with English Aristocratic families.

He quickly became one of the greatest polo players in the world, representing America in the 1924 Olympics, and soon became known as ‘Ten Goal Tommy’ –  referencing his 10 goal handicap in polo, the ranking reserved for only the most skilled player.

Tommy sadly died in 1944 when his plane crashed while on a test flight for a new version of the P-51 Mustang.

When the book The Great Gatsby was written by Scott Fitzgerald, it was generally believed that Tommy Hitchcock was the inspiration for Tom Buchanan. There have been many remakes of the book, with the most recent starring Leonardo Di Caprio.

The Hitchcock Automatic is built from the iconic 43mm Mustang inspired case, featuring a crown guard echoing the engine exhaust of the aircraft. With a beautifully contoured shape, it has been designed to look and feel comfortable.

Drawn from both cockpit and body of the P-51 Mustang, the Hitchcock’s multi-layered dial blends modern watchmaking sophistication with vintage elements to create a clear and legible dial. Securing this timepiece to the wrist is the instantly identifiable padded genuine leather strap, inspired by the design of the P-51 Mustang’s seats.

Given his prominence and accomplishments in polo, the colourways of the Hitchcock automatic are suitably inspired  by the various polo clubs Hiytchcock represented over the years.