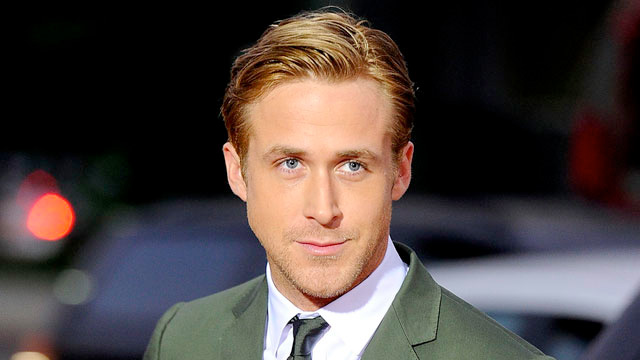 Ryan Gosling, 31, Canadian, a musician and actor, TIME magazines ‘Coolest person of the year, dubbed ‘The next George Cooney’ by the Washington Post, But you’d probably know him as that guy from that film The Notebook. The one you’re girlfriend still goes on about. Gosling however has done a lot more than just make every male look completely incapable, starting his career young as a child star in the Mickey Mouse Club alongside the likes of Justin Timberlake, Britney Spears and Christiana Aguilera, it was clear he was intended greatness.

Seventeen years later, and not only is Gosling a hit on the big screen with a long list of recognition in the form of awards and nominations including golden globe’s but he is also a success on the runways making headlines for his effortlessly elegant style on and off-screen.

Known for his smart dapper style and signature tailed look, Gosling has become a style icon for the modern day man…

Don’t be afraid to make it your own. Ryan has been known to customise his own garments to create a new design that suits him more, ‘He’ll take a Doir sweater and cut the hood out of it’ states Erin Benach the costume designer for Goslings latest film drive. Personalising your look is a creative way to make it your own, which will give you more confidence in your own style. If you don’t feel confident enough to start customising your own clothes just yet, try layering or adding individual touches from accessories. By layering you have more pieces of clothing to work with, allowing you to add your own touch of statement style. Gosling does this extremely well, he uses timeless pieces such as blazers, three piece suits and buttoned down shirts and implements personal touches through what he layers with them. Accessories is again the other option. Implementing a dash of colour or print through pocket squares, neckerchiefs, ties or lightweight scarves is the perfect option this spring/summer season. Here’s some pieces Gosling would be proud of:

Make it count from head to toe, Goslings renown for his style from his geek chic frames down to his velvet loafers. Consider all elements of your look, including and almost as importantly what goes on your feet. A lot of men fail at the last hurdle in fashion – the shoes.

If you’re looking to create more of a smart/casual look don’t be afraid to leave the tie at home. Everyone appreciates the effort but no one likes a try hard, effortless elegance almost looks as stylish as a tailored outfit. Forget the tie and loosen a few buttons for a effortless style. Focus on buying some timeless pieces and then pay attention to details. Add more personality to your look by experimenting with the tailoring by adding such things as a coloured lapel button hole, although this is only a small detail it will stand out and show a sense of style.

Take influence from Ryan Gosling, but don’t imitate him.