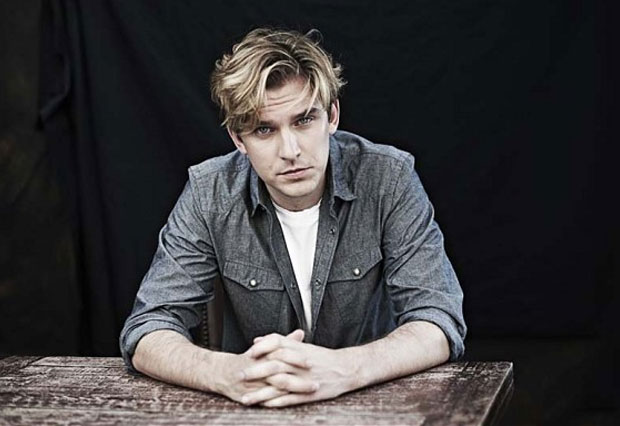 Style can come in all forms these days, from a movie star, a musician or even a character in a book. We feel it’s an extra bonus when we can enjoy the style of an actor outside, and inside of his most famous role.  Dan Stevens is most probably more famous for his role as Matthew Crawley in hit ITV television program Downton Abbey, well that was until he unfortunately decided to leave in 2012 to pursue a career in film. I don’t know about the rest of you Downton fans, but I for one am still in mourning. However the man himself still lives on and as does his style which frequently gets recognised as he seems to grace many a best dressed list. So us here at MFM felt it only proper to enjoy the style of the man who still on occasions dips into the style of his Downton alter ego which is perfect this season considering they are both right on trend for AW13.

Born in 1982 in Croydon, Surrey, Dan Stevens was brought up by teacher parents who instilled a dedicated work ethic and educational prowess in the young man. He was educated at Tonbridge School and trained in acting at the National Youth Theatre of Great Britain. He studied English Literature at Emmanuel College, Cambridge. Whilst studying, Stevens appeared in several student drama productions often procuring the main roles of many of performances. During one of his university summer holidays in August 2003 he went to Slovakia where he filmed his scenes for the Hallmark production of “Frankenstein”. Dan played the part of Henry Clerval and the mini-series was first broadcast on American television in October of 2004. Shortly after graduating from Cambridge he was nominated for an Ian Charleson award for his performance as Orlando in “As You Like It” at the Rose Theatre at Kingston in Surrey. “As You Like It” was directed by Peter Hall and ran from 30th November to 18th December 2004. This production for the Peter Hall Company subsequently went on a tour of America in the early months of 2005, playing at the Ahmanson Theatre in Los Angeles, the Curran Theatre in San Francisco and the Harvey Theatre at the Brooklyn Academy of Music in New York City. Clearly a seasoned period drama actor and theatre veteran it would only seem right that Downton Abbey was part of his future.

This is where he found his fame, as the loveable Cousin Matthew Crawley. His character spends the majority of the first seasons of the show romantically pursuing an initially uninterested Lady Mary. His characters adventures in the show alone gave the audience many a comical highlight. Since leaving the show he has gone on to star in a couple of films, and is currently in the process of filming another with a further two films already in post production. He may not have been in the spotlight as he was during Downton but he clearly has been busy.

Dan Stevens is someone who you will naturally associate as being a charming gentleman, possibly down to the roles he plays but also how he carries himself. He reminds is of men from days gone by when chivalry wasn’t dead, and manners and decorum where everything to a sophisticated gent.

His acting ability is clearly up there with some of the greats, and if like me you love a good period drama and actor. Not only is his style worth checking out but so his films and television programs. His latest film ‘Summer in February’ where he stars alongside Dominic Cooper and Emily Browning is about a true tale of love, liberty and scandal amongst the Edwardian artists’ colony in Cornwall and is released on DVD next month on the 14th of October.