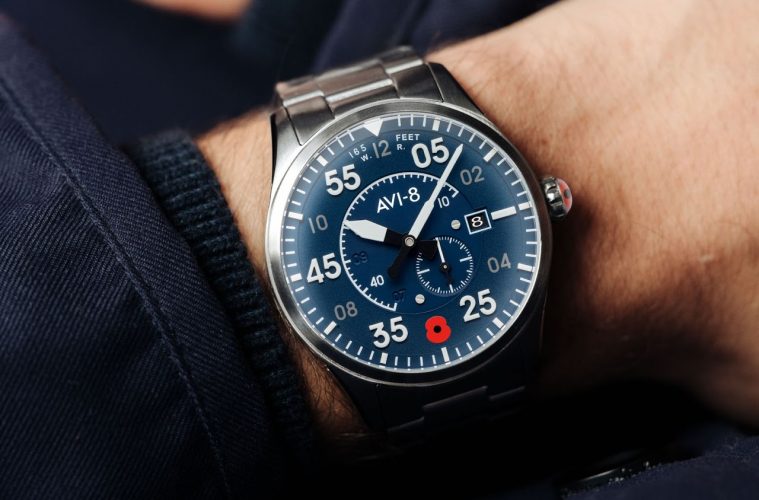 This is the year of the Royal British Legion in their centenary year and AVI-8, as they are an official partner, have launched an amazing limited edition timepiece watch in support of their charity.

The Royal British Legion supports the armed forces community, and is a forefront charity at organising the poppy appeal.

What better way to produce a limited edition watch, that promises to be the one timepiece that’s a must-have. Limited to just 500 pieces, this Spitfire Type 300 Automatic Royal British Legion Limited Edition watch is shaped to follow the elliptical form of the spitfire and from lug to case body and sapphire lens to case back, the Type 300 is an immediate form driven echo of this iconic aircraft.

The crown is expertly topped by a red two petal poppy encapsulated in epoxy. It boasts an automatic movement with a custom rotor, and is designed to reflect a birds-eye view silhouette of the spitfire. This is an ever spinning reminder of the plane and the brave people who flew it.

This is the ideal time to wear a watch that not only looks good but will show the importance of an event that will be forever in your heart, and icon for that day, bringing back memories when you wear it. You can wear it with pride as this will be a watch that you can pass down and will last for generations.

Each of the 500 limited edition watches is uniquely numbered and will come packaged in a distinctive blue and red gift box, resembling the Royal British Legion’s branding.