In possibly the longest named collaboration ever, Swedish trainer-stockists Sneakerstuff have launched a ‘Tailor Pack’ with two Japanese athletic and trainer specialists, Asics and Onitsuka Tiger. The three trainer giants have come together to create a limited edition range of two styles of trainers celebrating the origins of the Sneakerstuff brand. 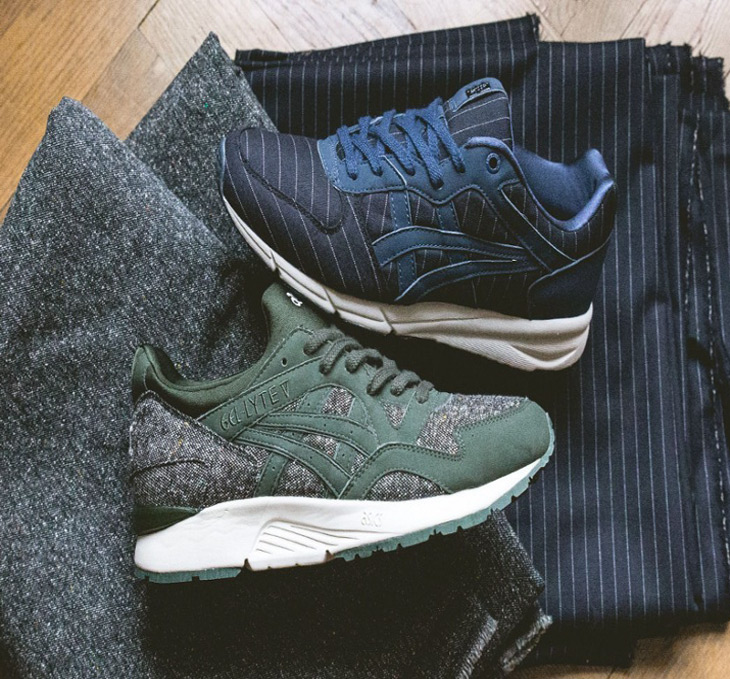 Erik Fagerlind and Peter Jansson, the founders of Sneakerstuff, started their brand as an alternative to the major retail chains that were dominating the market back in the 1990s. Now, sixteen years on, they are looking back to their roots as inspiration for this latest collaboration.

When the pair first started in the 1990s, trainers were not allowed to be worn in nightclubs, but Erik and Peter’s passion for them motivated them to hold an opening party where only people wearing sneakers were let in. The idea of wearing sneakers to clubs is what has influenced the collection today. 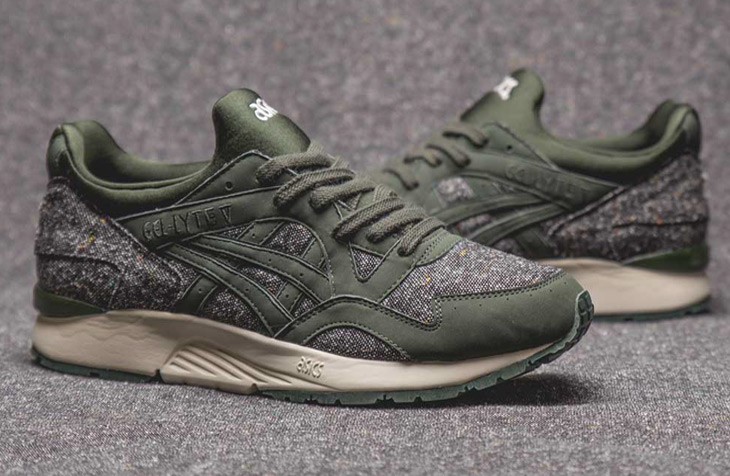 Asics’ offering is a dark green, angular style, while Onitsuka Tiger’s option is a sophisticated navy trainer with pin-striped detailing. Both are designed to be slightly more dressed up and smart than traditional trainers, and the finer details are what set this collaboration apart from other trainer styles.

The Asics Gel-Lyte V features a combination of an off-white sole, synthetic nubuck upper and tweed finishes, with this mix of sportswear and suiting wear creating a more sophisticated aesthetic. For those who are quick off the mark, Sneakerstuff are also selling a limited number of bowties in the same tweed material, so you can really dress up your trainers. 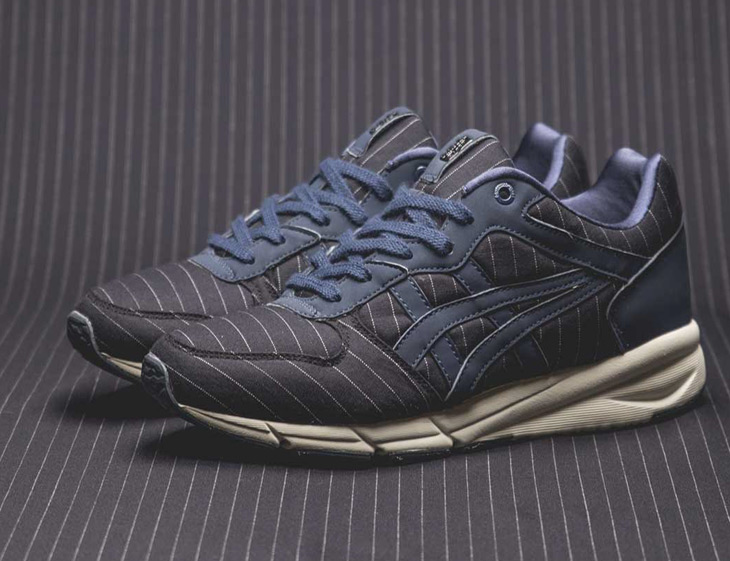 Onitsuka Tiger’s offering, the Shaw Runner, features a slightly different take on the idea of mixing suiting with sportswear, but achieves the same level of sophistication. It features a nubuck upper again, but in navy and with a navy pinstripe upper. Just like the Asics style, a limited number of navy pinstripe bowties will also be available for those who are quick.

Suddenly, thanks to Sneakerstuff, Asics and Onitsuka Tiger, suiting has just got a lot cooler. Sportswear is hugely in fashion right now and this collaboration offers a much cooler and more comfortable alternative to traditional formal wear.