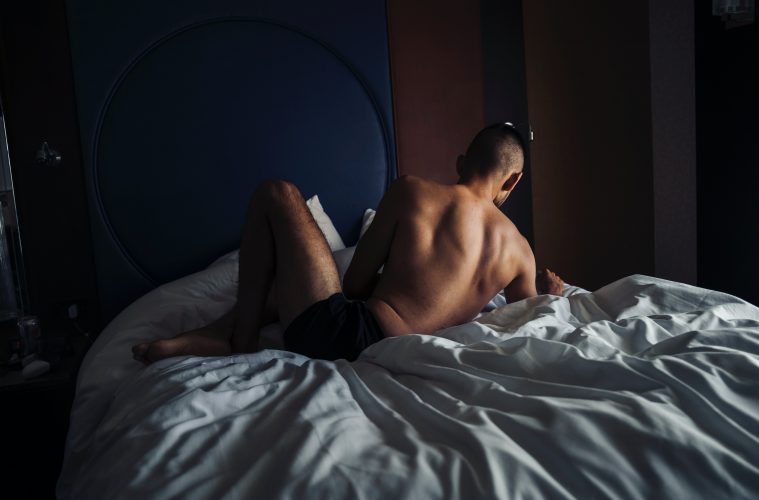 SLEEPING WITH THE ENEMY

In an era of political turbulence, and less than a week until the London mayoral election, it inevitably brings forward questions around who we chose to date having a deeper meaning that we might think. Does what we mark on our ballot sheets affect what happens in the bedsheets?

Are our relationships another layer of aligning our own personal political agenda? And in this instance, perhaps opposites really don’t attract. After all, relationships are built on the foundations of mutual interests. And if one of you is on the far right and the other the far left, can a couple ever really meet in the middle?

With the increasing global pressures we face and the need for us all to pick a side, will we eventually reach a point where we have to state which political party we are in favour of within our online dating profiles? Age 34, Height 178cm, Bear Tribe, Leather fetish, Labour Party. Will online dating evolve to a point where we will one day be able to filter out the Tories and the twinks, and be left with a screen full of those who meet our sexual fantasies and political favours? When it comes to dating, is democracy really that relevant?

Is it possible in today’s world for a Democrat and a Republican to ever be the perfect Tinder match? Could you really toss off a Tory, if you think Boris Johnson is an even bigger tosser? And when it comes to a general election, is a general erection more influential than we might think? And just like any election or erection, it requires the confidence of its audience. And if you fail to gain it, the odds are you’ll probably lose both.

As queer people, or those of any minority, it’s important we elect leaders who will be part of our continued fight for equality and can empathise with our position in the world for where we need to be heading. After all, it’s only been just over a hundred years since the 1918 Representation of the People Act was passed, allowing women over the age of 30 to have the right to vote. And who could forget the devastating impact Margaret Thatcher’s Conservative government had when they passed Section 28 in 1988. A law that stopped councils and schools “promoting the teaching of the acceptability of homosexuality as a pretended family relationship.”, which was introduced during the height of the already devastating impact of the AIDS pandemic on the community.

So no matter where your political interests lie, or whoever you choose to have your next one night stand with or decide you want as your next leader. The most important and political thing any of us can do, is VOTE.