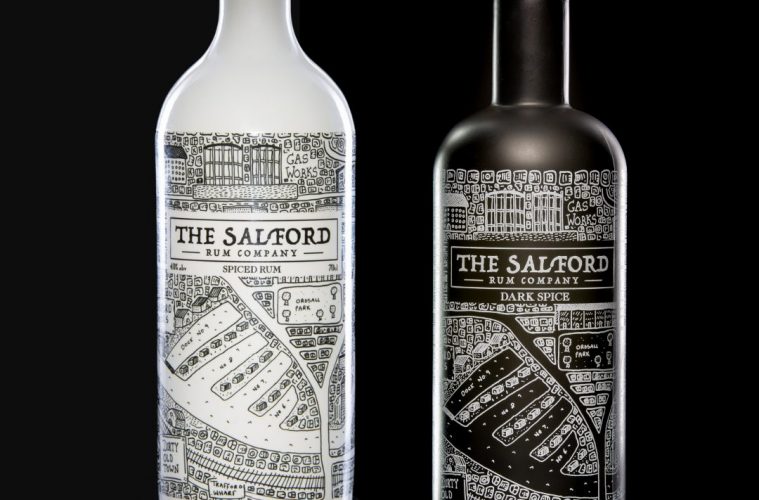 We want to evangelize to you about a spirit that’s rich with heritage and history that made the Salford Rum Company.

When industrial imports of the time were rum, fruits and spices from the Caribbean, the Salford Spiced Rum then pretty much became the signature rum, made with ginger, nutmeg, cinnamon, warm spices topped with sweet vanilla notes, andthrow in a hint of maple and topped off with orange and steeped fruits.

The golden spice rum is infused with vanilla, nutmeg, cinnamon, ginger and dried Caribbean fruits, so these exotic island aromas are juxtaposed with the fine and complex flavours that give a rounded flavour and a long warming finish.

The dark spiced rum has flavours of vanilla, coconut, burnt caramel and cloves, and dark rums need to be really flavourful to shine through, and this dark rum is an exceptional odyssey for the taste buds.

So if you have the light rum, make it into daiquiri, if it’s a dark rum, bold and smooth it’s just perfect to just add a dash of club soda and a slice of lime, or add it to cola or ginger beer.

Rum is a great substitute for any whisky-type cocktail like an old fashioned. So don’t be afraid to get creative. We think you might quite like these two rums, and they are really good value as well.

Because If there’s any time to indulge in a drink or two, just drink the Salford Spiced Rum, neat or with one large ice cube.