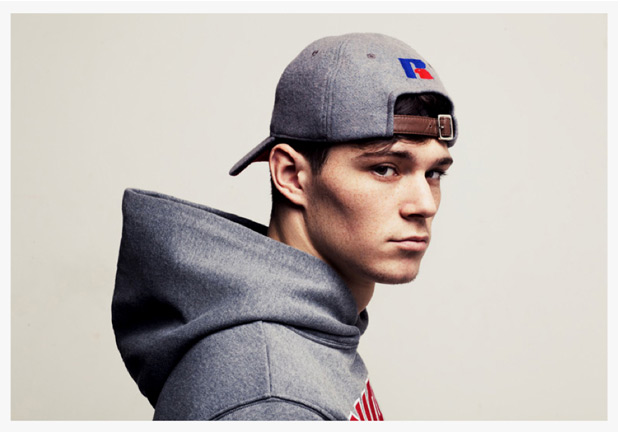 Russell Athletic have released their Fall 2014 clothing collection. In their new range, the brand has successfully transported their rich clothing heritage to the 21st century. The brand, who are widely known as the original sportswear brand, have a powerful history. At the turn of the twentieth century, founder Benjamin Russell developed the cotton sweatshirt that we still love today. Russell Athletic represents the revolution of sports apparel.

From the 1940s onwards, Russell Athletic was best known for supplying athletic wear to schools and colleges all over the United States. This reputation as a leading manufacturer of athletic wear was further established when they began supplying garments to all eight of the Ivy League Universities during the late fifties and sixties.

The Fall 2014 collection consists of high quality replica sweatshirts, bold T-Shirts and cotton twill campus jackets. Think block colours, classic eye-catching designs and that perfect fit. The collection is available at www.shop.russellathletic.com. With a large range of high quality and stylish sportswear, there’s no excuse to avoid hitting the gym.