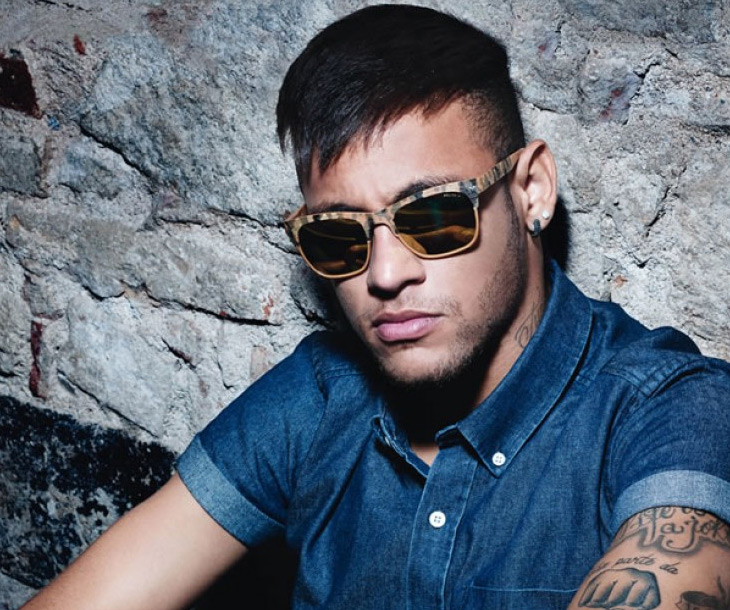 International fashion and lifestyle brand, Police, have announced the continuation of professional Brazilian footballer Neymar Jr as the face of the brand for the year 2015. The Latin style icon, who rose to worldwide fame during the 2014 World Cup, will appear in six styled shots, modelling the SS15 collection. 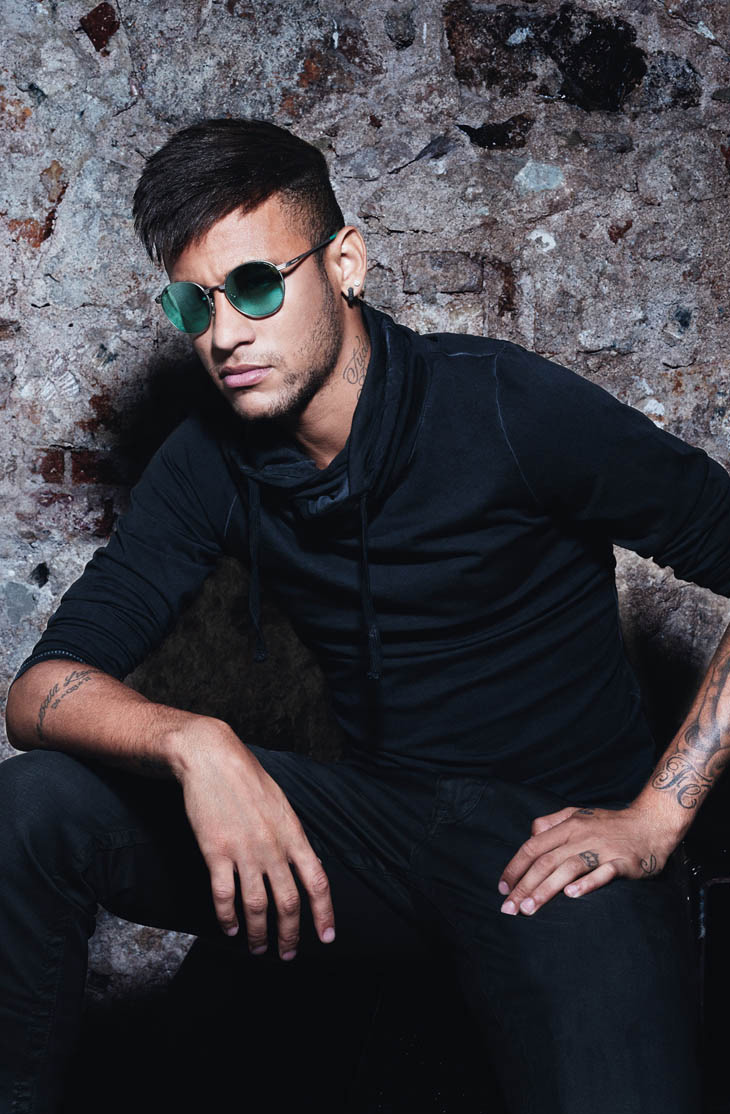 The campaign marks the star’s second consecutive year with the brand. According to Neymar, “For me, it was a pleasure to do this campaign again. I really liked the style of the shoot and thought the motorcycle and clothes combined well with the new sunglasses”. 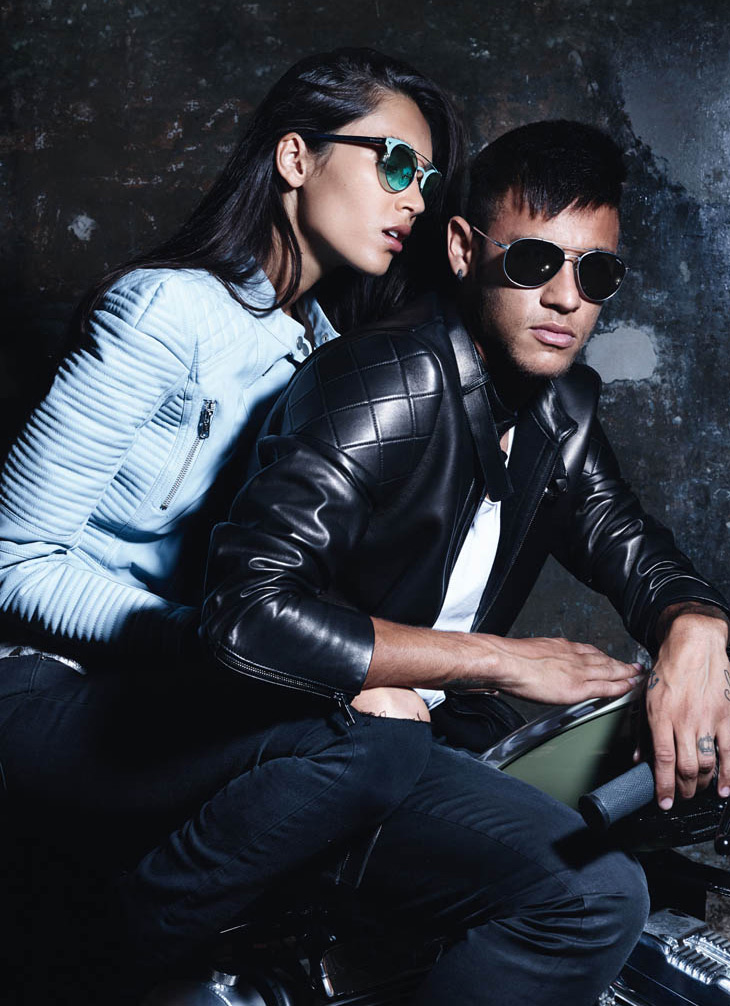 Speaking back in 2013 when Neymar first joined the international brand, Ennio De Rigo, President of the eyewear company that owns Police, stated that: “We are very proud about this new and exciting collaboration with Neymar Jr. As a young, passionate and talented star in his field, he embodies the Police DNA like no other with his maverick style”. 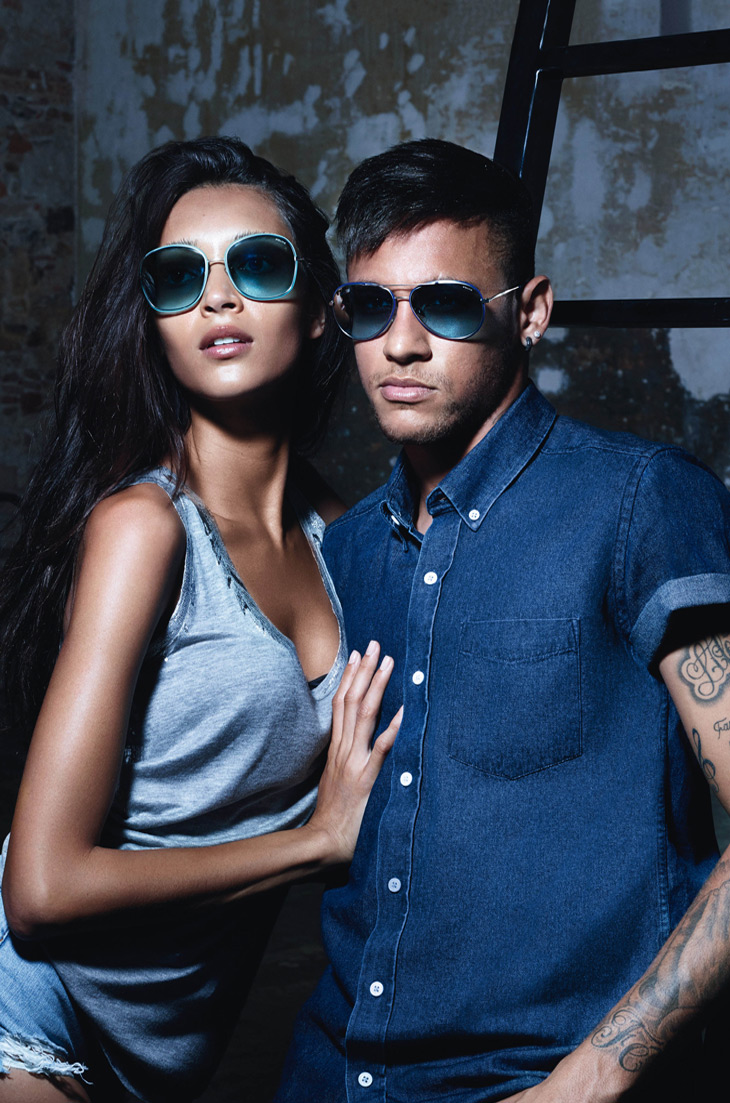 Neymar follows in the footsteps of global legends who became ambassadors of the brand, including the likes of Bruce Willis, George Clooney, David Beckham and Antonio Banderas. To reflect our ever-changing world, the campaign will be bigger than ever, and is set to launch across multi-channel platforms including print, outdoor media and social platforms. 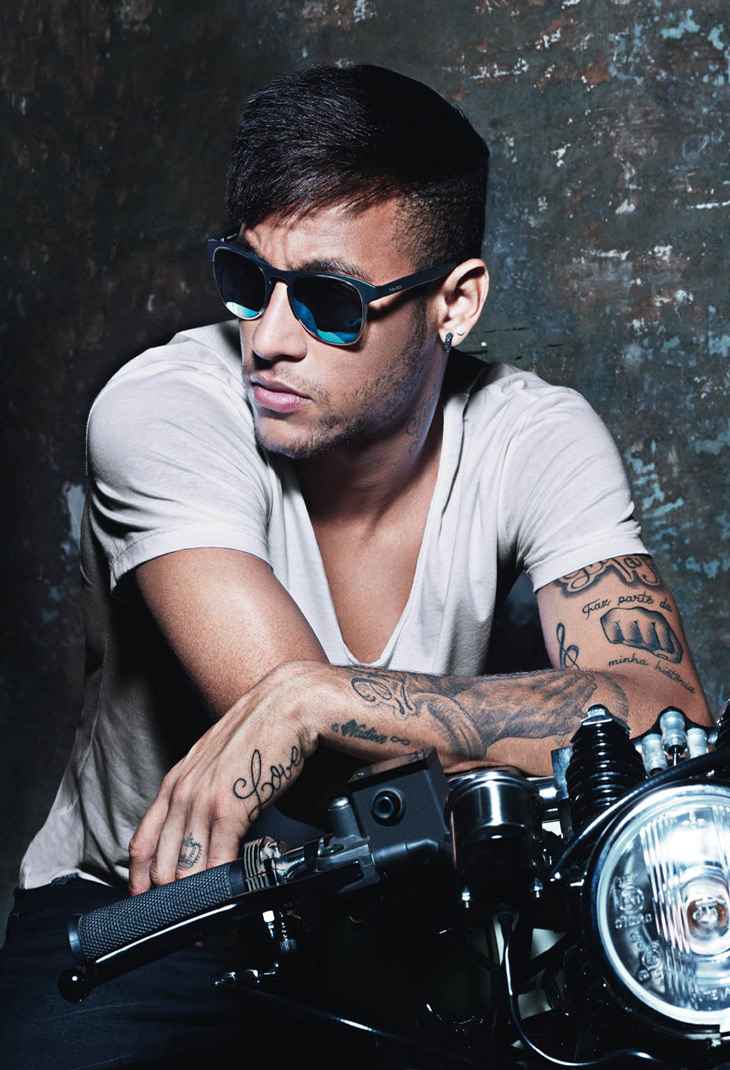 The campaign team is completed by British photographer Rankin. A giant in the international visual creative world, John Rankin Waddell is famous for his intimate and direct portraits of some of the most famous faces on the planet.

Further supporting the campaign is also renowned Mexican model Daniela de Jesus. From working with Ralph Lauren and Victoria’s Secret to L’Oreal and Pantene, she boasts an impressive portfolio. 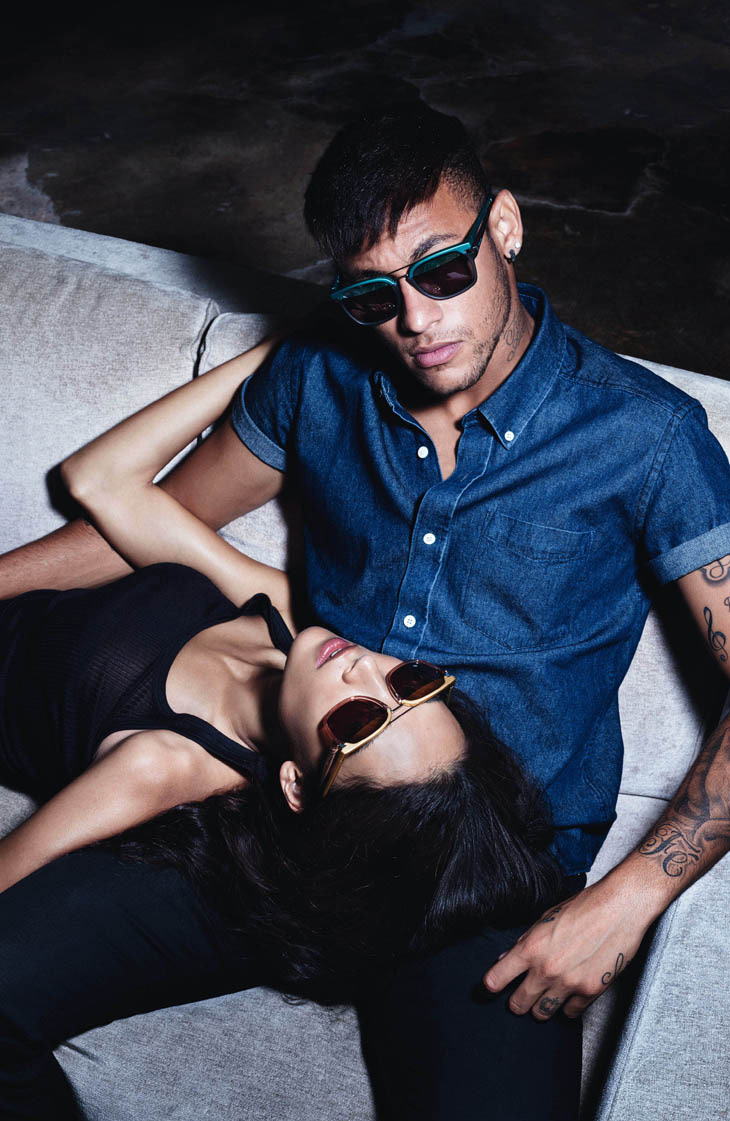 For Spring-Summer 2015, the Police collection embraces an urban, daring attitude, fitting seamlessly in with Neymar’s unique, trend-setting look and bold, vibrant personality. The collection draws inspiration from the brand’s more distinctive elements to ensure that it continues to turn heads. 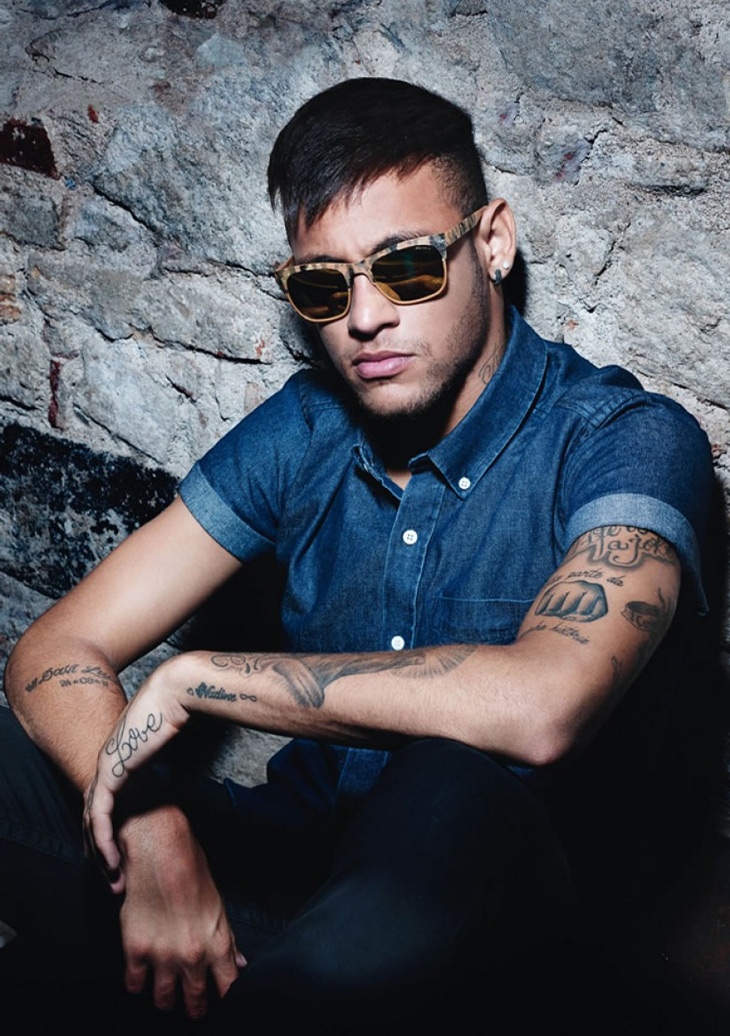 Born in 1983, the Italian brand emerged at an important period that saw sunglasses transform from a simple accessory to a fashion statement. The new collection encapsulates this change by representing a unity of the past and the present; the classic has been elegantly updated.

This is emphasised by multi-coloured acetates, transparencies and fashion tones on classic silhouettes. Forward thinking frames are paired with classic, trusted lens tones. 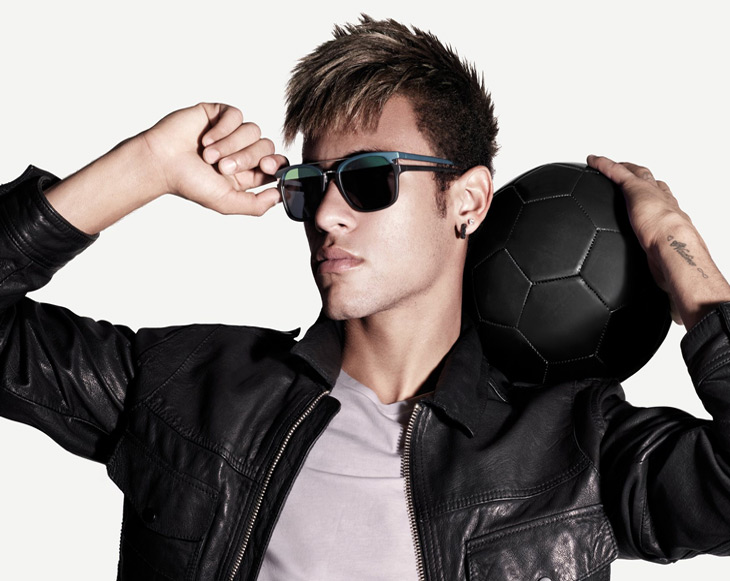 During the 1990s, Police became a true phenomenon with their blue mirrored lenses, a success that has been a trademark for the brand ever since. The new campaign aims to celebrate the brand’s impressive history, while also showcasing its modern, ground-breaking style.

Head on over to http://www.policelifestyle.com/en_GB/ and treat yourself to a pair of shades to bring out the star within you.