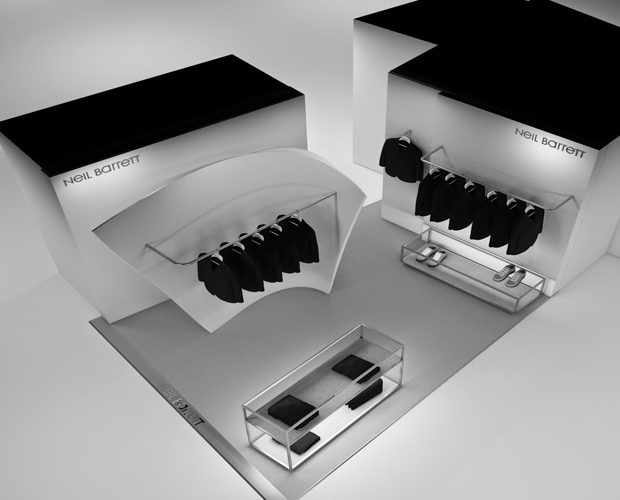 To us, here at MFM, a new store opening is always a cause for excitement. However, when it’s the opening of a store by someone has dedicated and experienced as Neil Barrett, excitement has to be something of an understatement. With Barrett, a graduate from Central Saint Martins School of Art and Design in London and having worked at a number of companies with the big names, we know we’re in safe hands.

In 1999, Barrett decided to launch his own menswear brand and got immediate praise from buyers with his collections. It only took him a year to open up a flagship store in Tokyo, now, in 2014 we have a shop-in-shop store right on our doorstep – at Harvey Nichols London. 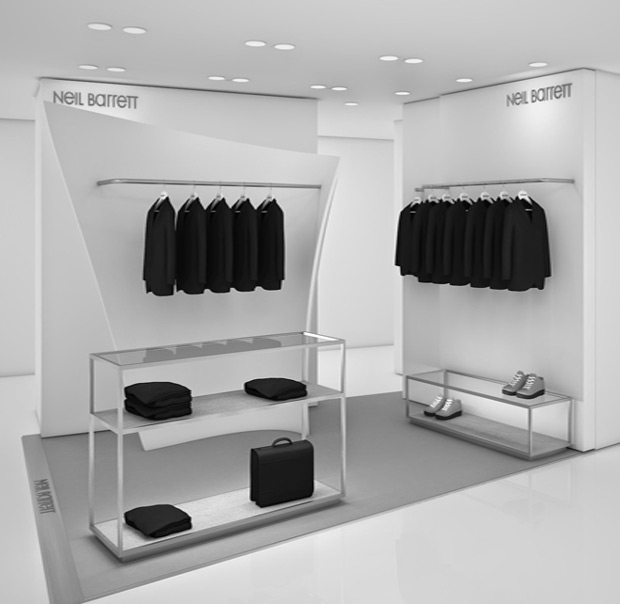 With any store opening, it’s a collaborative exercise of talented, artisitic minds. With the London opening we have designer Zaha Hadid to thank. Hadid and Barrett have worked together many times and if their track record is anything to go by it stands to reason the London store will be nothing short of eccentric.

The opening of the London store in Harvey Nichols illuminates the bridges of artistic ideals. Harvey Nichols, founded in 1831, is one of the UK’S premier fashion retailer and what stands out about it is the depth and intellect going into the merchandise. 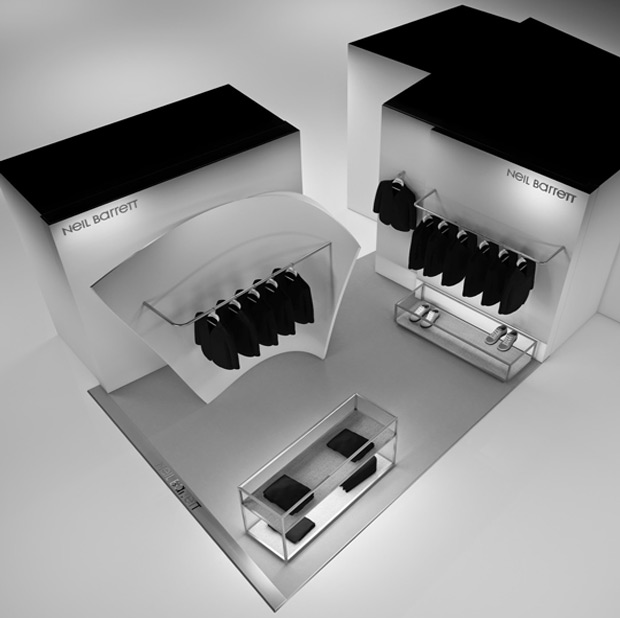 These creative bridges are further explored in the details already released about the store. It will be on the lower grounds floor and will draw from Hadid’s original designs for the Hong Kong store. The structure has been described as having a “unique relationship between fluid and Cartesian, solid and void, sharp and soft materiality.” Excited? We most certainly are!

We’re not the only ones excited.  Darren Skey, Head of Menswear has expressed his own excitement by saying: “the brand has been one of the fastest growing labels over the past few seasons and to have this new shop fit will elevate it to the next level; bringing the theatre and environment that the product deserves.”

So, we ask, what are you waiting for? What are we waiting for? It’s very clear that we all need to go down, explore and see the opening for ourselves. See you there!