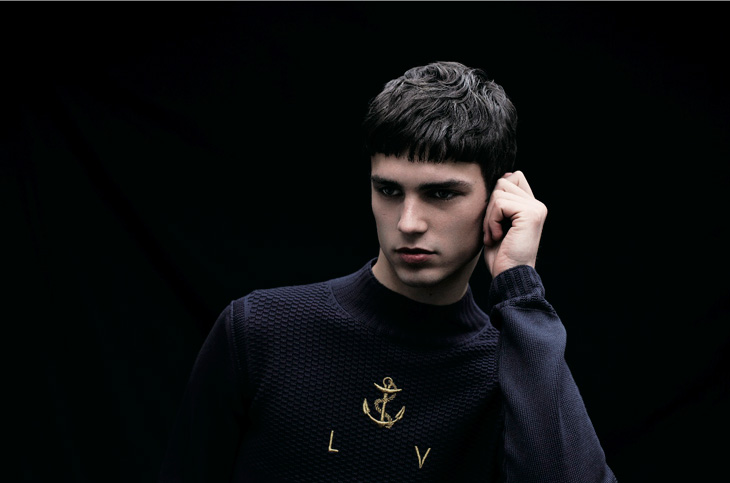 A model’s success can be measured in a number if different ways, the clients they work for, the magazines they have been in, the covers they have had. There are times when a model’s success can be measured by the number of agencies they are signed to in different parts of the world. Modeling is an international business and if you can work all over the world then you pretty much have it made. Arthur Gosse is signed to a total of nine agencies located around the globe. Models by Keen / Be Model Management (Brussels), Major Paris, d’management (Milan), Supa Model Management (London), VNY (NY), Donna Models (Tokyo), Traffic Models (Barcelona), Nest Model Management (Berlin) and 2pm (Copenhagen).

His discovery was also a simple one which is unusual in the world of modeling, his friend was studying styling at his school, and it was through this that a modeling agency saw his images and signed him. It really was that simple.

Success for Arthur can be measured in agencies alone, but if you take a look at his track record for editorials and campaigns you can really see how far he has come,and how far his career will take him. He has appeared in campaigns for the likes of Cerruti 1881, Zara, Z Zenga, and Coach as well as countless others. He has also appeared in the likes of GQ, GQ Italia, Volt Magazine and Vogue Hommes International.

Arthur is also a very successful catwalk model appearing in countless runway shows including names and labels such as DKNY, Valentino, 3.1 Phillip Lim, John Galliano, Salvatore Ferragamo and Bottega Veneta. There are so many other names we could mention but we could be here forever, look him up for yourselves and you will be impressed with his body of work.

If you want to keep up to date with what Arthur is up to, you can follow him on his official Facebook Page.