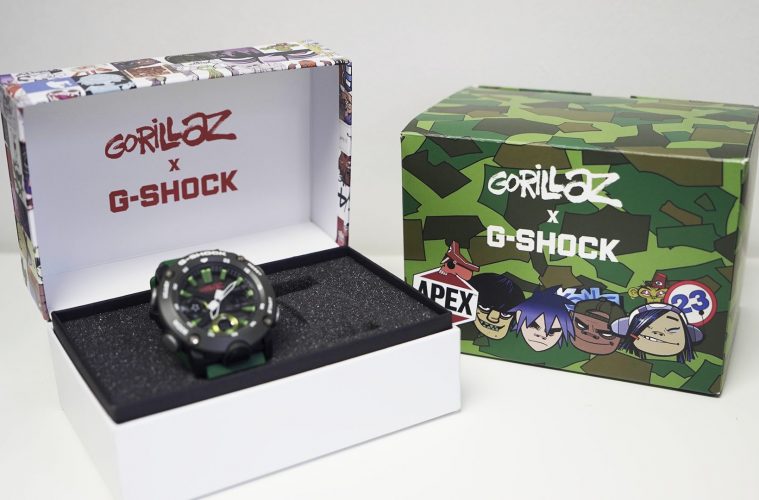 Due to popular demand following the sold out 2018 collection, GORILLAZ X G-SHOCK is back with a final unique collaboration featuring two limited-edition G-Shock styles – designed by Gorillaz co-creator Jamie Hewlett – with inspiration drawn from two acclaimed albums from the Grammy and BRIT Award winning British band – ‘Gorillaz’ and ‘The Now Now’.

At Men’s Fashion Magazine we were fortunate enough to be sent two of these works of art. The watches are truly unique and offer the versatility and individuality that you cant find anywhere else on the market. For the man who wants to stand out amongst the crowd, this is a piece that needs to be on your wrist. It is safe to say we are envious of anyone who manages to get their hands on one of these. We were lucky enough to take them out on the town and capture our own content for this incredible campaign. Check them out throughout this article!

Whether you’re a die hard Gorillaz fan- or simply an individual who appreciated a good quality watch when they see one. You NEED one of these to add to your wardrobe. Bragging rights included. 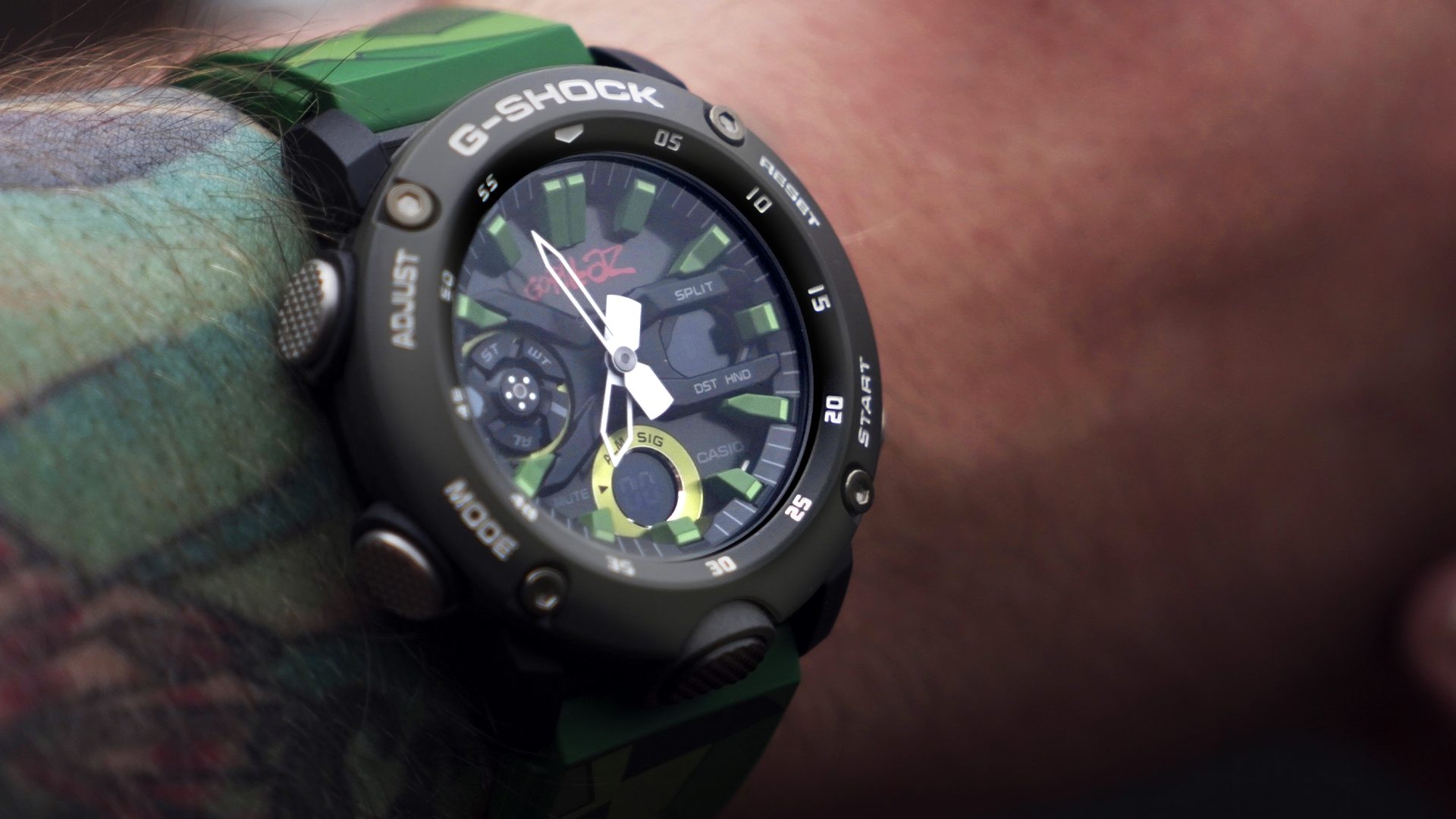 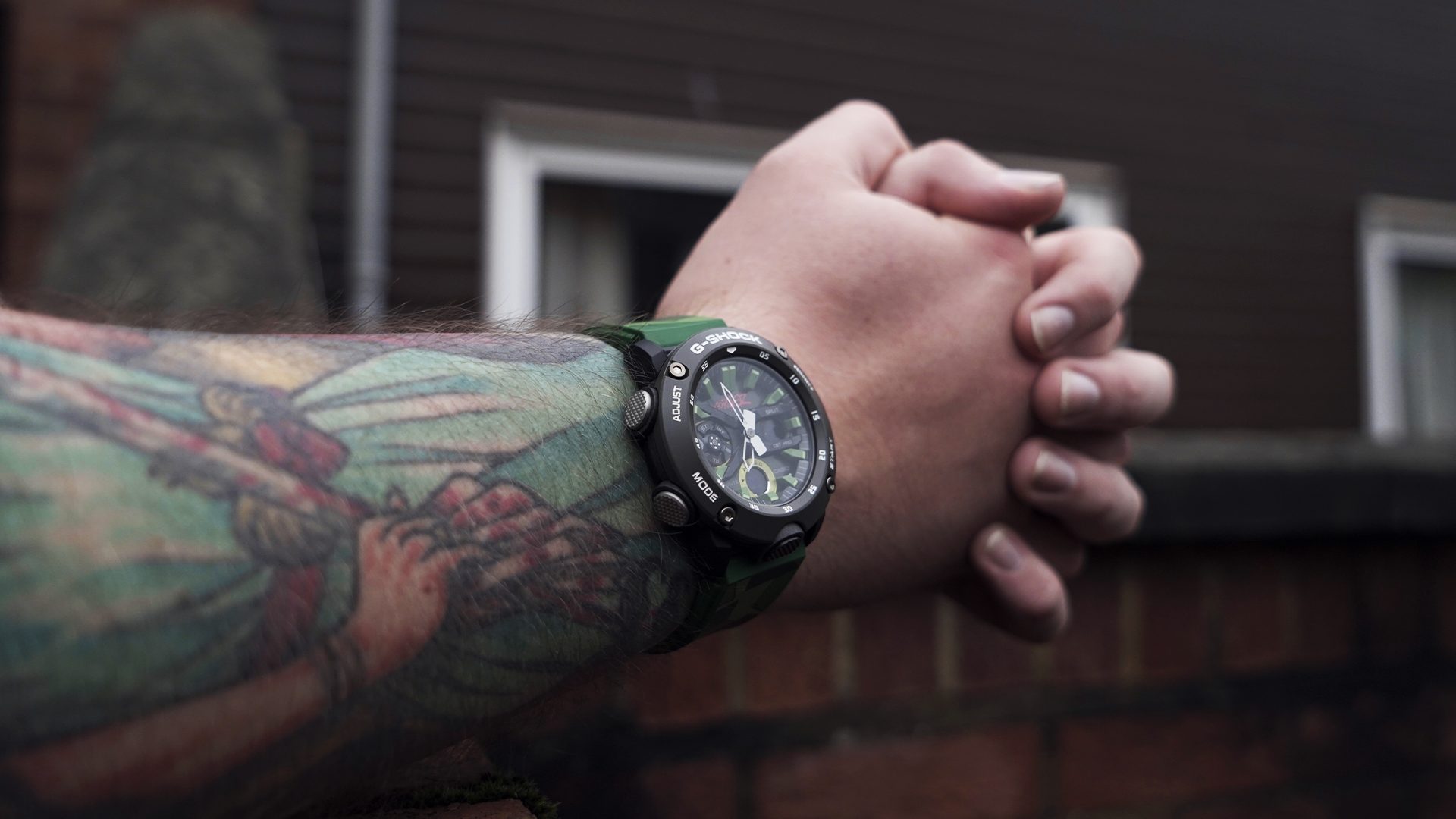 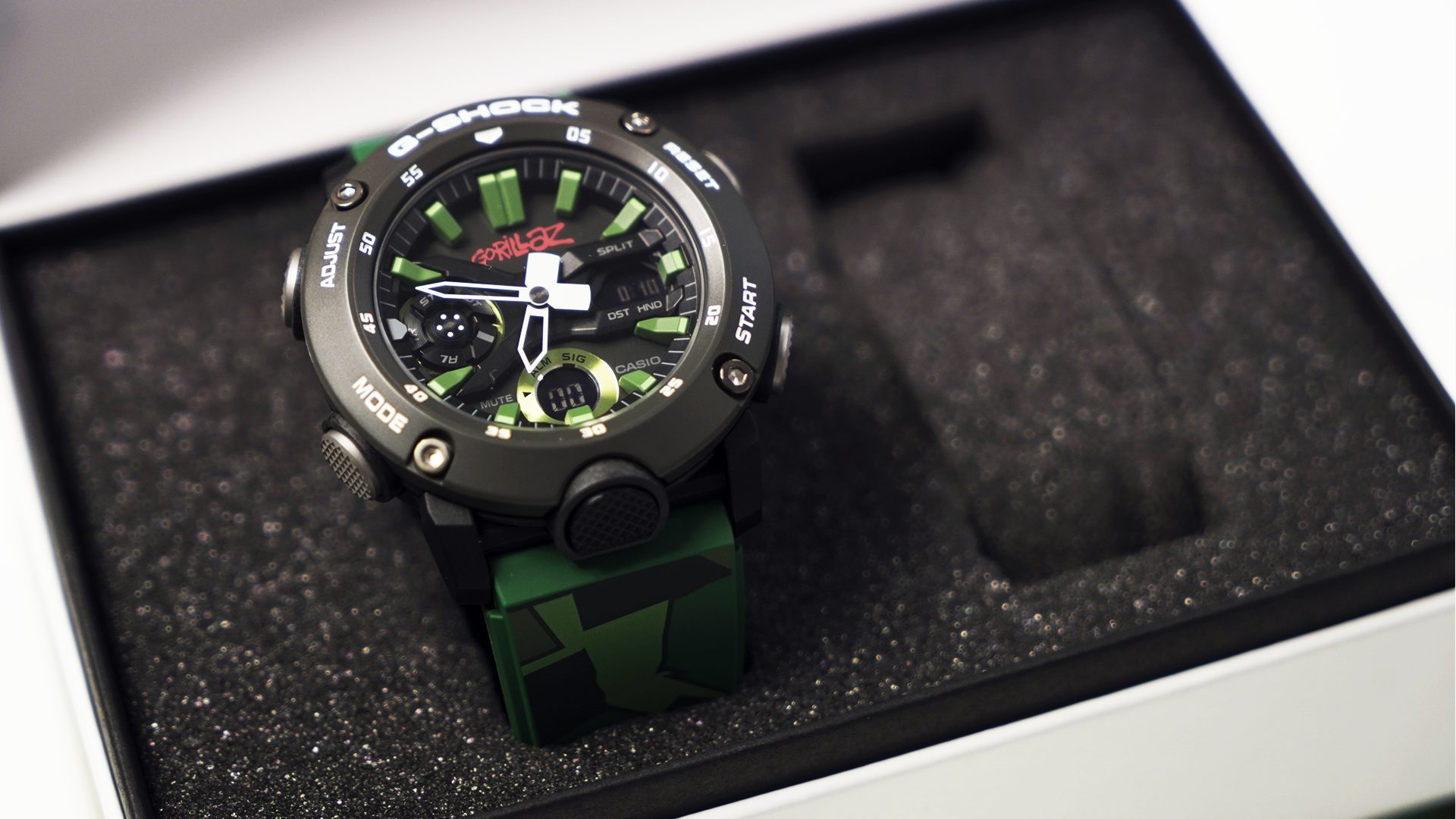 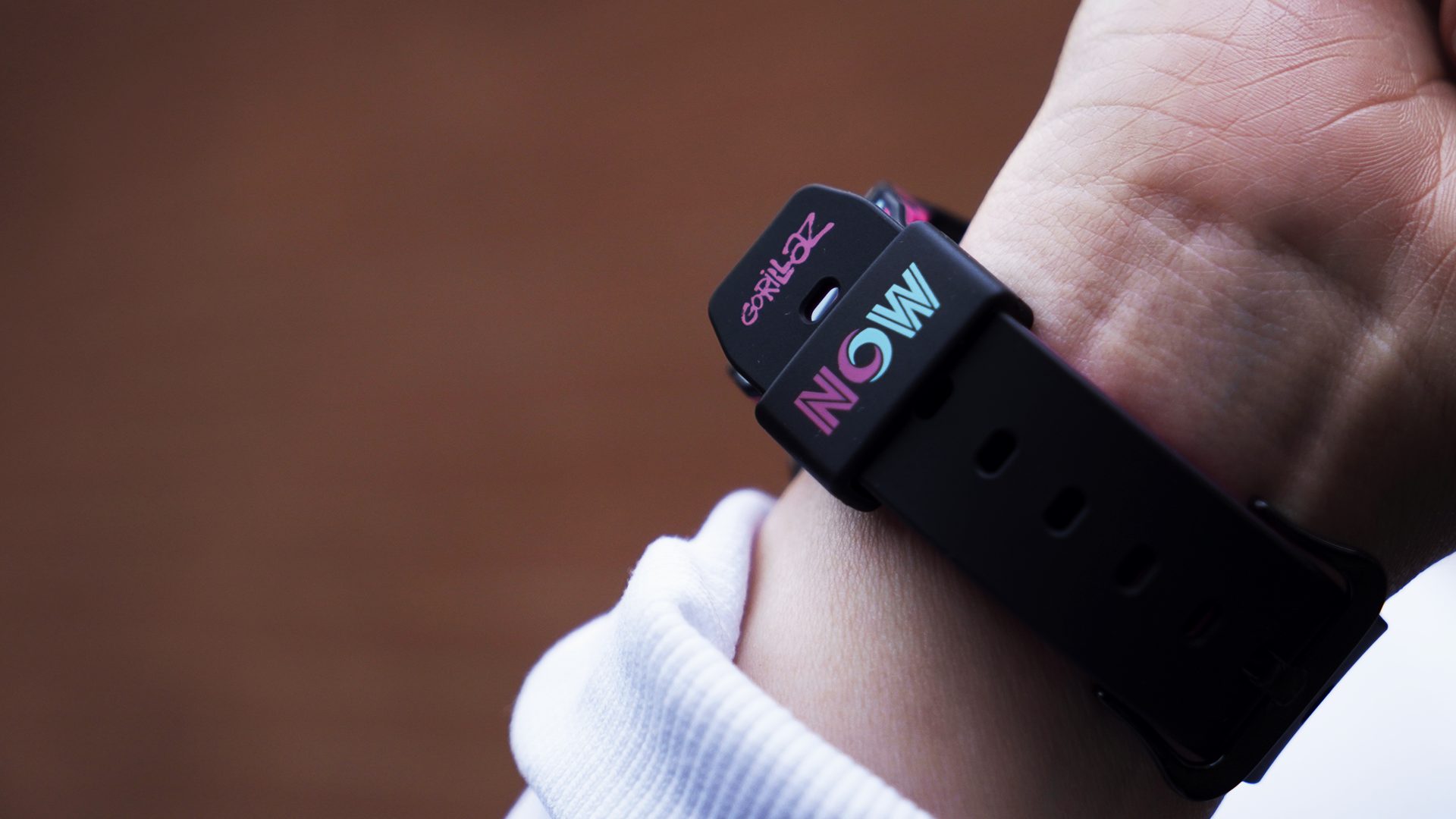 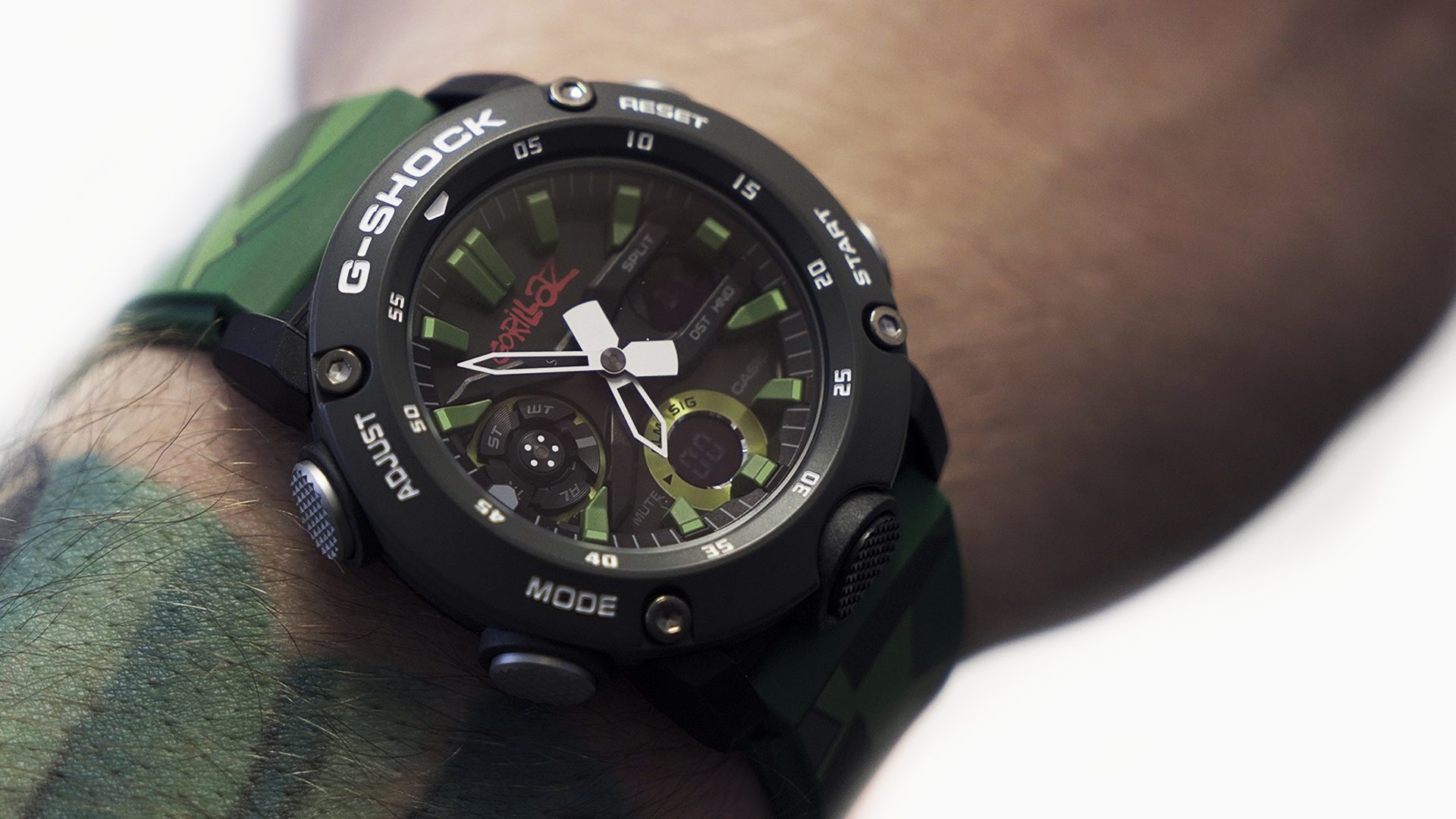 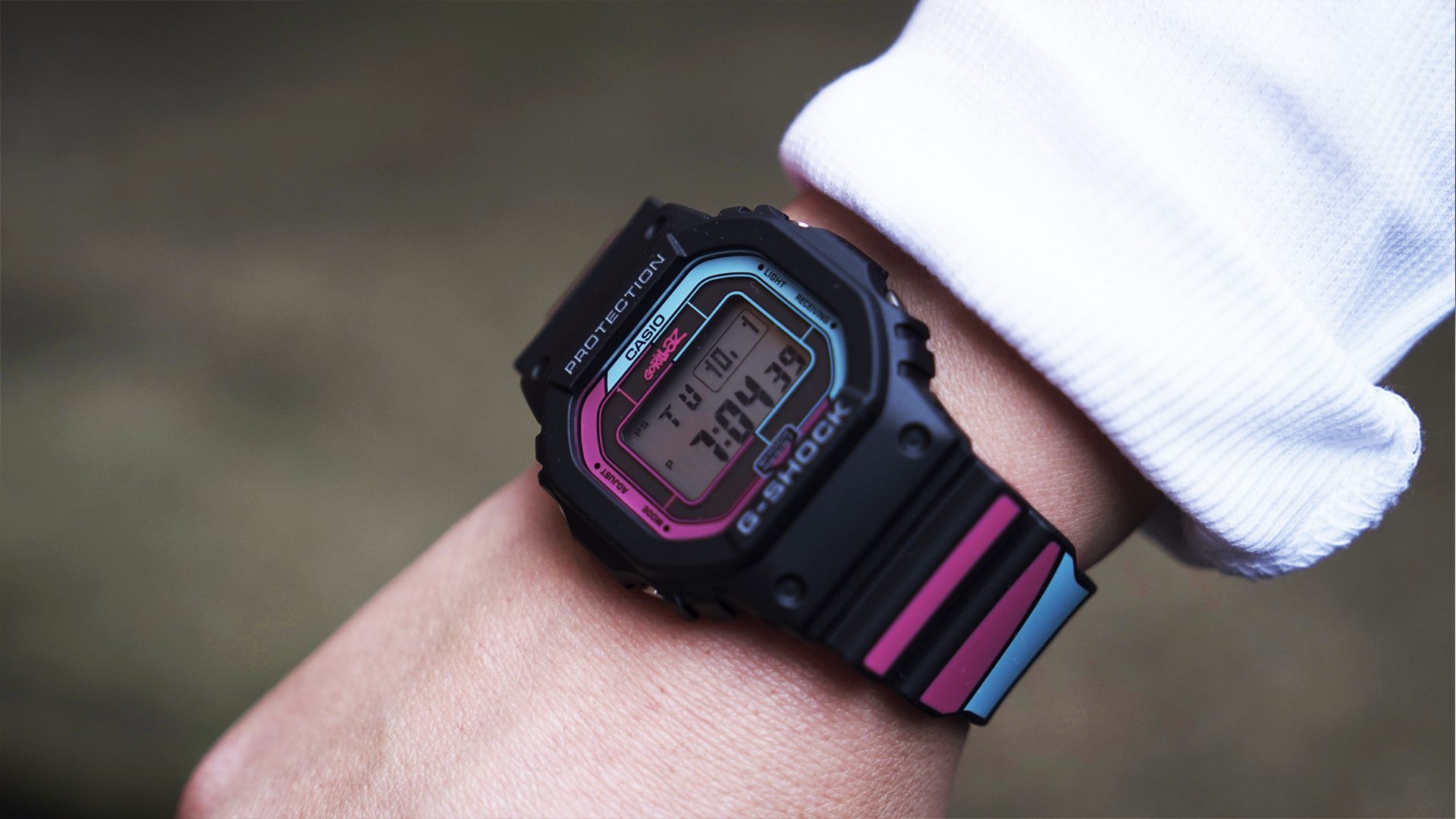 The classic DW-5600 has been reimagined in celebration of Gorillaz’ most recent album ‘The Now Now’ and in honour of the album’s distinctive artwork, the design features a colour combination of pop blue and pink. And in another nod to the record, the bi-colour message ‘NOW’ floats onto the display whenever it is illuminated by the backlight. The DW-5600 also has a Bluetooth capability which can be synced with G-Shock’s proprietary app, allowing access to a variety of features and functions direct from your Smartphone.

The GA-2000 is the latest watch to be launched by G-Shock and – in honour of Gorillaz’ 2001 eponymous debut release – features the iconic camo print familiar to Gorillaz fans worldwide. This watch comes complete with two wrist bands – one featuring the camo print and the other a darker military style – which can be easily interchanged and worn alternatively. The collector’s edition box also features 2001 era design incarnations of the Gorillaz characters.
Both models sport standard G-SHOCK iconic features including shock, vibration and water resistance. 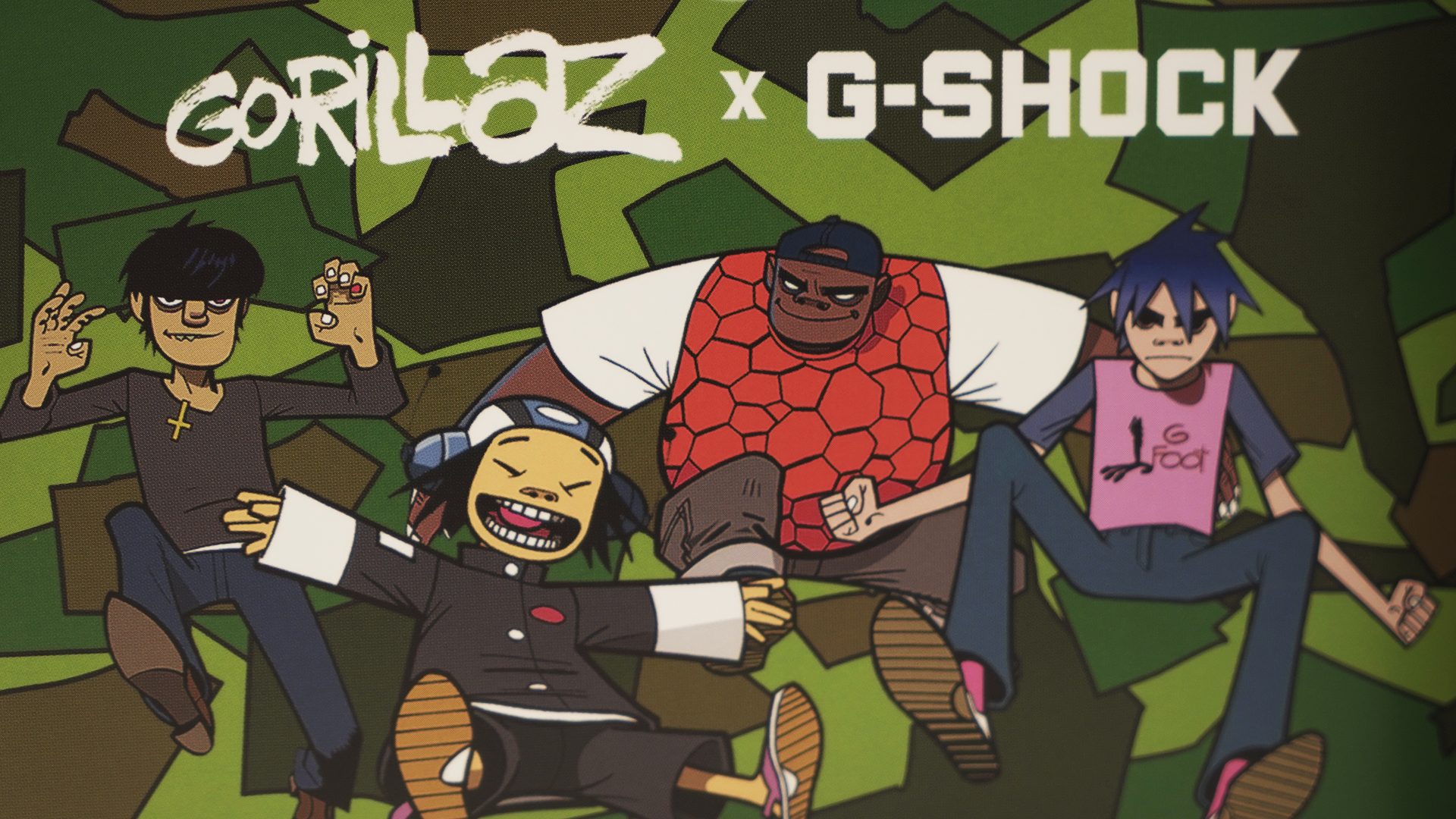 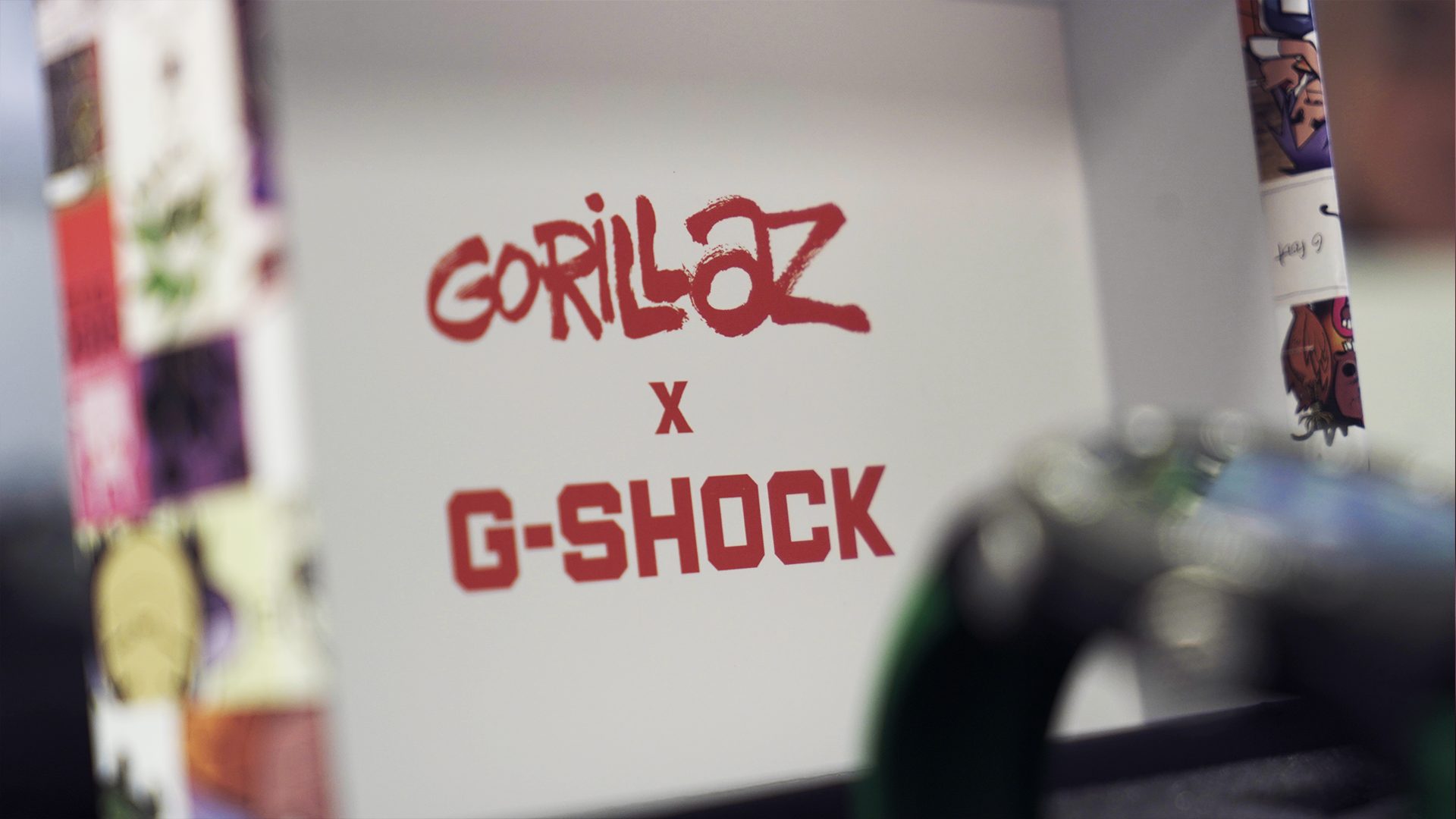 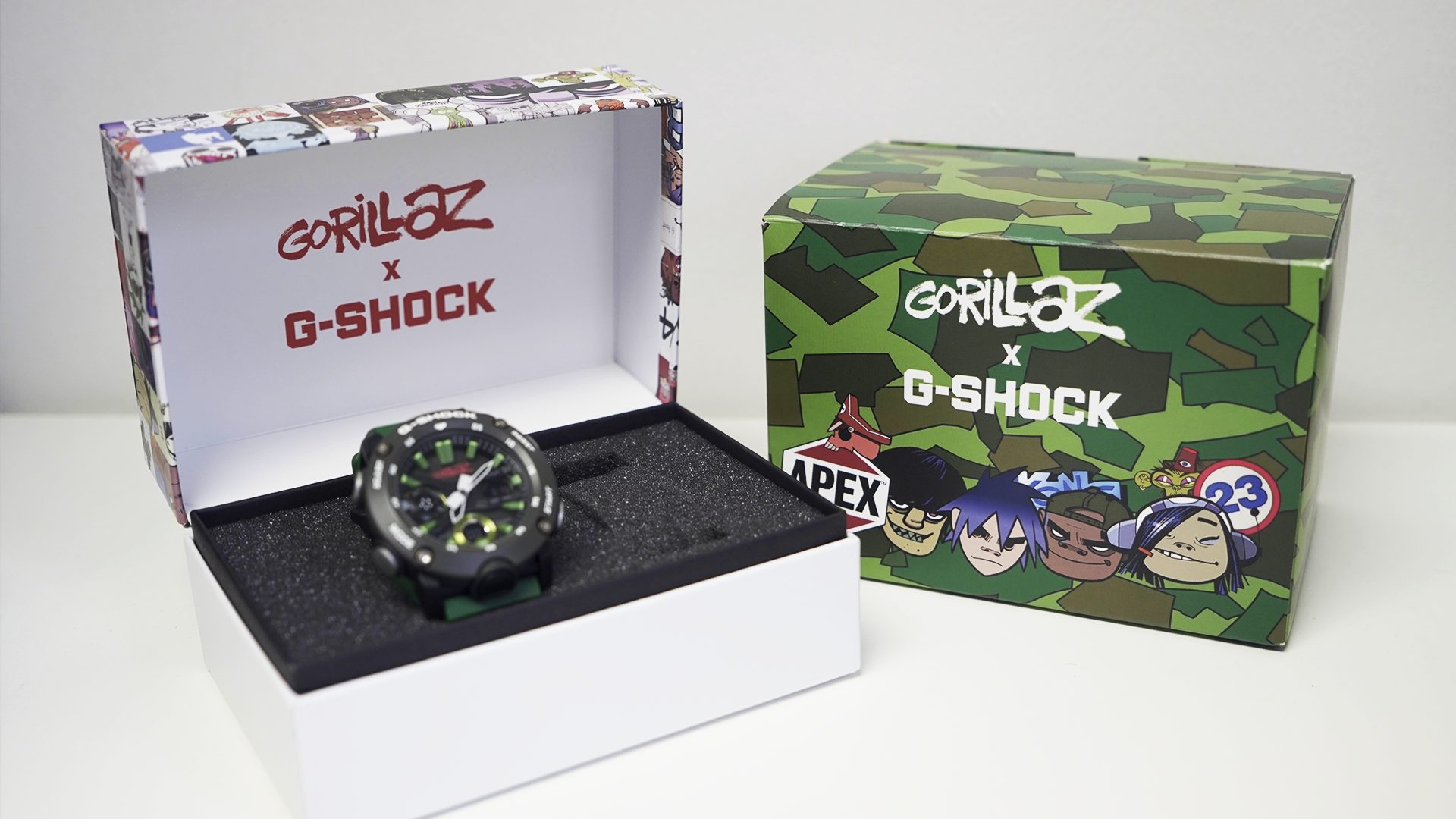 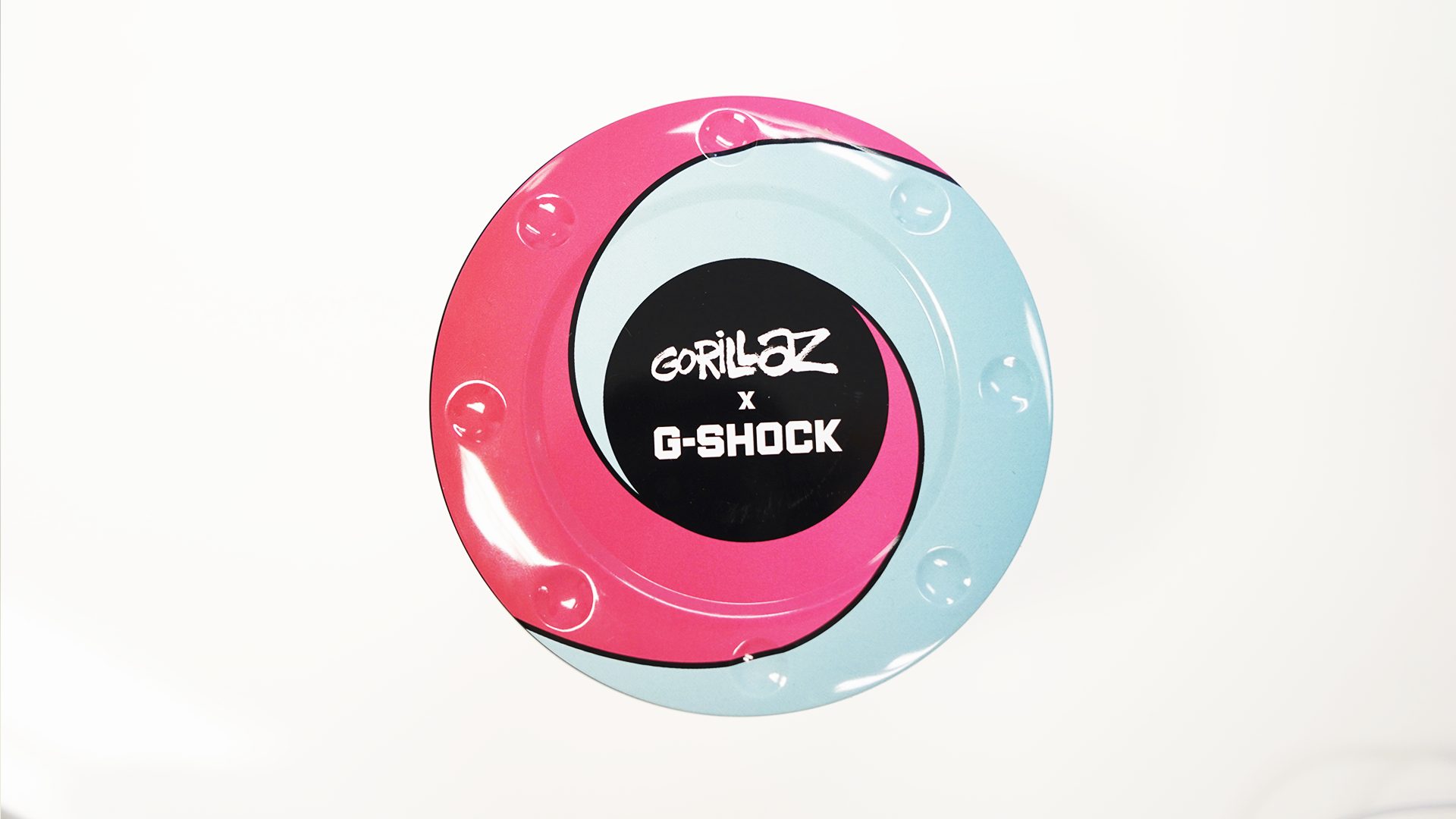 The limited edition GORILLAZ x G-SHOCK collection will launch in-store and online at 10am BST on Wednesday 18th September at www.g-shock.co.uk and at the G-SHOCK Carnaby Street Store. Priced at £149, limited numbers available.