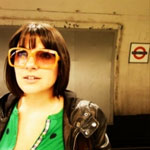 This time last year, my view of chinos was reduced to a grown up alternative of jeans: the typical light cotton trousers that a well off 40-something man would wear to weekend in the country side. Dogs and summer estates, flowery fields and Sunday roast with the children was my thought association with the item.

Last year we saw a huge influx of chinos, and this season the popularity remains the same. Suddenly chinos are conquering all window shops, magazines editorials and every man’s wardrobe. They are out there in every colour and shape, for a completely versatile fresh mid-season look. The Spring/Summer catwalks presented various models: from the casual straight fit at Paul Smith, to the colourful and skinny at Burberry Prorsum to the washed out shades at Ermenegildo Zegna. The collections filtered down to the high-street brands and realised the fantasy of the style-aware among us.

However, despite their initial success on British streets, they have also been the target of some negative publicity. A lot of guys still prefer the traditional option of denim jeans, and find it hard to wear anything on the trouser front. The old stereotype of chinos being best suited to the rich, middle aged generation is also putting a few guys off. Also guys are fearing blending in with the rising generation of walking “Topman clones”, who seem to always wear drop crotch chinos with low neck t-shirts offering no sense of student style what so ever.

Completely disagreeing with the comments against chinos, I believe that chinos are 2012’s Everyman trouser. Making smart or casual equally possible, chinos are worn by almost everyone, some in blissful ignorance of the fashion statement they make.

The fashion savviest ones, who have followed the trend so far, agree that chinos are a great alternative to the jeans and t-shirt look, and if they are not oblivious to this bad publicity, then they think of it with a smug smile. If it’s hated by some, it must be working.

Chinos’ strength is versatility. “They can be both casual and semi formal if worn with a linen jacket or light weight wool/flannel blazer”, says a young man about town. Also, “they are available in a wide array of colours, from beige and navy to red or green, which  allows you make the “bottom half” of your wardrobe a little more exciting than just variations of jeans” adds another.

They remain a non-statement for some men who wear them just because they are comfortable and light weighted: “I liked the way they looked on people and in shop windows and that led to me getting a pair. I wasn’t aware about any reputation; I just thought they’d add diversity to my wardrobe.”

The indecisive seem a bit scared. They see it like a silly fad that might disappear soon, despite its perennial status. They are not too sure about their high rise or the colourful options. In my opinion these are the men who will eventually wear them as soon as the temperatures get too hot for jeans.

So what’s your thought on the chino? Do you prefer chinos or jeans?