Burrows & Hare are a well-loved name in Oxford. They are based in the modern Westgate Shopping Centre, stocking a collection of high-quality and classic" /> 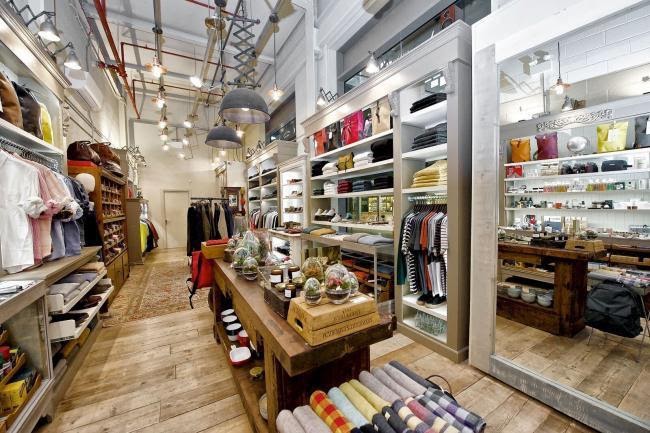 Burrows & Hare are a well-loved name in Oxford. They are based in the modern Westgate Shopping Centre, stocking a collection of high-quality and classic menswear brands alongside their own manufactured collection. Its philosophy is focused on encouraging people to buy less and invest in better quality, focusing on expert craftsmanship rather than fleeting trends. I sat down with one of its founders, Azeem Ansari, to chat about the brand, its origins and its future.

What was the driving force behind starting Burrows & Hare?

My brother and I came up with the idea about five or six years ago. We weren’t keen on the quality of products that were getting produced and thought there could be a gap in the market. We started on a very small scale, producing our own clothing and accessories, and predominantly tried to get everything manufactured in the UK.

Initially, when we started, we had a very small concept store in Oxford’s Covered Market. After just under a year, we were approached by a few of our customers who were involved in the opening of Westgate Shopping Centre. They oﬀered us a space, and we said yes, and we’re still based there. Since then, we have won a couple of Drapers awards for Best Store Design and Best New Menswear Retail Store. There have been a few more after that too, it shows us we’re going in the right direction. We just need to maintain it.

B&H clearly have a deep-rooted ethos and identity, is this something you look for in the brands that you carry?

Definitely so. You’re right in the sense that it’s the ethos we try to move forward with. There has to be a very selective process or else you stock everything and lose your identity. We stock other like-minded brands as well, and we have quite a wide choice because we sell clothing as well as lifestyle and grooming products. Because we sell a vast range of products, you have to be quite careful. We try to use manufacturers who specialise in what they do rather than just produce generic goods. For instance a lot of the shoes we stock, the companies making them have been going for a hundred years and often use traditional methods. For example, the socks we have are made in Leicestershire in a very traditional way, rather than being mass-produced. Another recent brand we!ve stocked makes everything on handlooms. There are a lot of Northampton-based shoe manufacturers.

You mentioned that B&H started out making its own products – is this something you have continued with?

We’ve definitely continued with it, and we’re now manufacturing a lot more than what we first did. For example, one thing we’ve done for a number of years is duﬀel coats. We get them made in the same place as where Burberry’s are made, and it shows you that the quality is there whilst there is a price diﬀerence of around a thousand pounds. You can definitely get things manufactured in the UK for a great price.

It sounds like you have a great belief in the product and the way it is made and crafted.

Definitely. Our customers appreciate it, and they’d rather pay a little extra, maybe, for a great quality product overpaying a smaller amount over and over again for an inferior product in the same period of time ours would last. I think buying habits are changing now slightly, and slowly. Now there is a lot more emphasis on sustainability.

Have you thought about working with any of the brands that you carry?

There were a few discussions regarding collaborations, but it was put on hold. We’re just back in-store now after the events of the last year. I think people are a little wary of what’s happening at the moment. We’re currently just moving forward with our own manufacturing.

With the lack of brick-and-mortar stores in the last year, have you found it easy to continue selling B&H’s products?

We’ve found that you have to sell on other people’s platforms as well as your own. We’ve really focused on our online side in the last year, and people have responded really well to it. We’re on Wolf & Badger and a few others alongside our own website. It’s definitely an approach that’s working.

We have a lot more coming for our own brand, so that is the direction we currently want to go in. Last year we started to focus on online presence more than ever before. We’re trying to do everything organically with like-minded customers. We now have more of an organic online following, and it has really grown. When they come in-store, we’re quite knowledgeable about the products we sell, but the customers are too. There is harmony and appreciation there.

With thanks to Azeem Ansari and Burrows & Hare