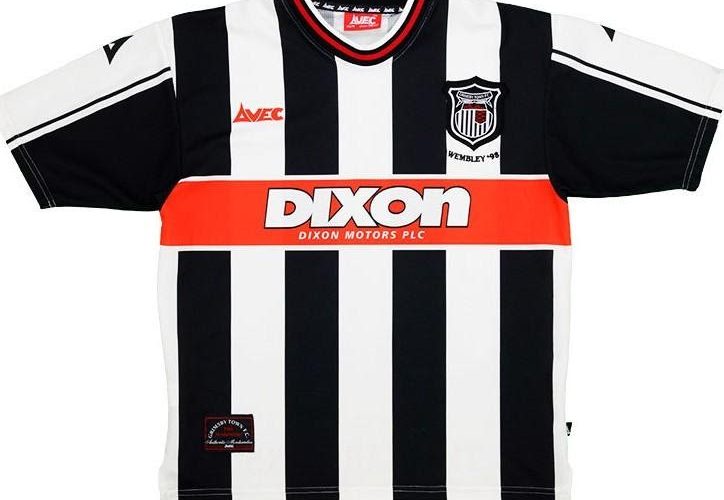 Everyone has their own reasons to call football The Beautiful Game, but for me, it’s simple. Take 22 men, give them a football and watch everyone from your gran to the Royal Family become embroiled in passion, legacy and bragging rights. Nothing on Earth brings people together quite like watching the opposing team’s fans cry into their scarves after a brutal penalty shoot out. We only laugh because we’re glad its not us for a change (no one mention Euro 96!).

Not only has it provided us with mega highs and eye-watering lows, it’s also given us some fantastic shirts. Football succeeds massively in combining form, function and style. It occasionally creates the odd piece which is absolutely wearable to the pub. Now, whilst I’m not encouraging anyone to wander the streets in a full Crystal Palace kit, if look a little deeper and little further back in time, you’ll see we truly are spoilt.

Although seldom worn in play, this shirt remains one of the most stylish and recognisable pieces of its time. Famously worn by Bernard Sumners in World In Motion, the contrast collar sets itself apart from the eye-catching all over print. Try not to break in to a full John Barnes when you see this shirt, I dare you.

Think Ruud Gullit, think Marco van Basten, think Euro 1988 Final. Facing the iconic orange-kitted Dutch team is football’s answer to facing the New Zealand All Blacks. This bold shirt features a gradient geometric print and an all-out-80s piped collar. Definitely one to wear from the game to a disco.

There’s a reason that Celtic have never dropped this simple design – and that is the sheer iconic impression it has held for decades. Always recognisable, it stands as proof that sometimes, sticking to the classic style is ideal. After all, Henrik Larsson wouldn’t have worn this retro design every week if it wasn’t amazing, would he?

Adorned in black and white stripes for as long as we can remember, Grimsby Town are masters of the monochrome. Whilst I may be incredibly biased (up the Mariners), I believe this design from 1998’s League Final embodies everything Grimsby Town do best. The front text screams nineties, and the red sets oﬀ a super bold contrast. Bravo, Town.