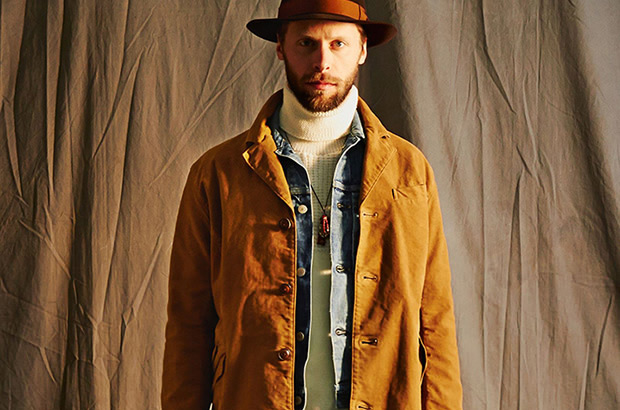 They say there are three parts to every magic trick. The first produces something to you. The second is the first stage of magic in which that thing is taken away. And the third, the second stage of magic, is when it is returned. Like a magic trick, Gypsy & Sons Fall/Winter 2014 Collection has three parts and each is every bit as magical as the last, bringing together a crescendo of stylistic creation.

Beginning with a school varsity look and then moving on to a western clothing touch, finally settling with a European finish, Gypsy & Sons have pulled together three sources of influence for their collection or their magic trick. Here, they have brought an earthy tone with browns, dark reds and greys, showing us an almost eclipse from autumn into winter.

Winter gives us the opportunity to put more on, thereby adding more styles and colours together. But we have to remember, as we do this, that we want to show off our clothes, not cover them up. Gyspy & Sons have done this with their latest collection and have modelled each look as a checklist for how we should enter the fall/winter seasons.

This earthy – or, perhaps Native American feel – includes grey jackets, brown trousers, red boots, beanies and more. The Japanese label has homed in on a very specific way of dressing in these seasons. There’s almost a hunting touch – the colours and jackets resemble this – but they have moved that forward and brought it into the twenty-first century, meaning that the styles of today are merged with this way of thinking.

Each great magic trick has three parts. We could argue the first for Gypsy & Sons was their release of the photos for their collection. The second was allowing others to see them in person. And third, well, that has to be when they’re released in select stores later this year and like all good magic tricks we will be surprised.