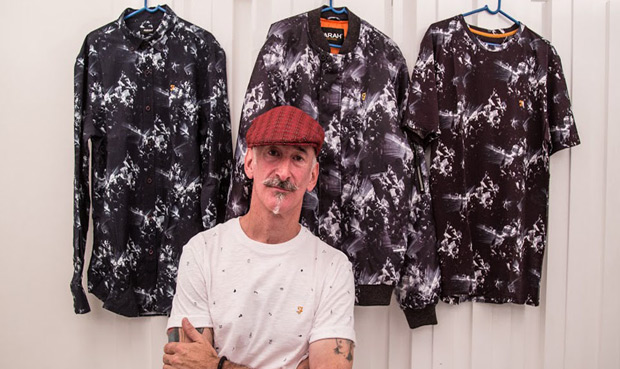 If there is one brand that has concurred the style of the times it has to be Farah. It is with the new collaboration between Farah and photographer Gavin Watson which captures the artist’s good old rave days. 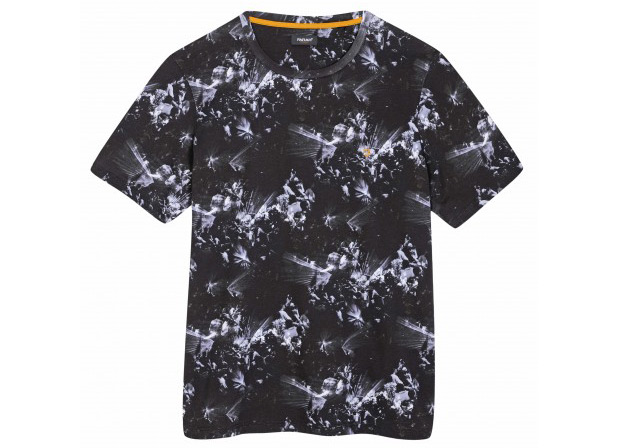 In the Seventies Farah invented the canvas hopsack slacks, worn by Mods, Rockers and every Tom, Dick and Harry in between. This theme of innovation presents itself again, with the brands collaboration with Watson.

Born in 1965 in northwest London, Watson started taking photos at an early age and immersed himself in the Skinhead culture. His images are celebrated for the way in which they capture the time, energy and essence of the period and for the fresh and youthful tone. 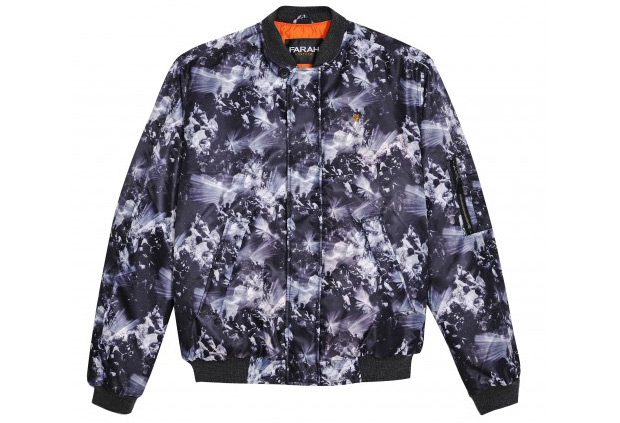 His recent work includes the cover art for Plan B’s number one album “Ill Manors” as well as the images taken for this campaign. To create the pieces in the collection, Watson revisited his archive to combine two digital print images. The image lends itself to a bomber jacket, T shirt and full sleeve shirt.

Despite at first glance being rather a crazy print, the pieces are actually very wearable and will pretty much go with anything already in your closet. If we were forced to pick one item, it would be the bomber in a classic MA-I style. All you need is a plain t-shirt and dark denim to pull it off. 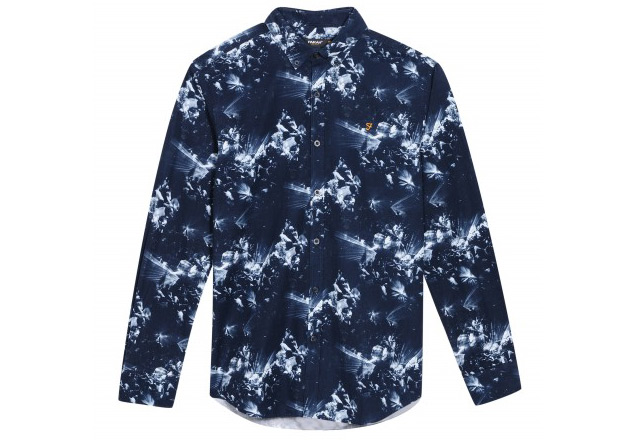 The images capture the raw energy of those hedonistic days and while you might not be old enough to relive them, you can certainly have the right clothes to go out and give it a go now. The collection is available now with prices from £40 for the T shirt, £60 for the shirt and £110.00 for the bomber jacket, at www.farah.co.uk.