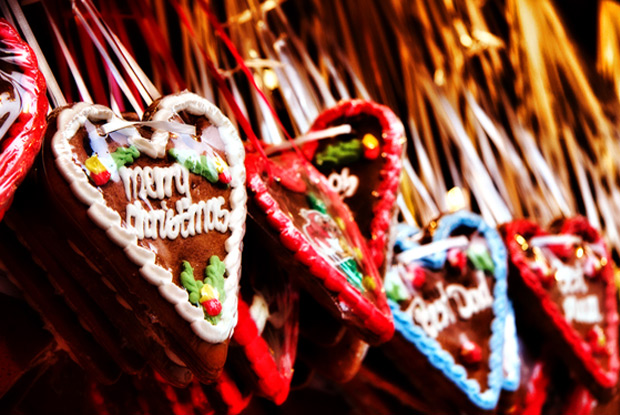 It’s beginning to look a lot like Christmas… so hop off those sledges as it’s time to get even more festive as we take you on a wintery journey through the top five most dazzling Christmas markets, covering some of the most historical and cultural cities of Europe.

The oldest and most famous Christmas market in France, Strasbourg’s streets are magically transformed overnight as the market stretches throughout the city. Practically on the doorstep to Germany, you’ll hear both French and German spoken as locals and tourists socialise over endless amounts of vin chaud (mulled wine), along with those delicious French waffles.

Prepare to get exploring as you discover the different chalets scattered across the city, to which you’ll eventually find yourself in front of the city’s majestic cathedral. Immerse yourself in some of the region’s food products, including Alsace wines, baked treats and, of course, the famous foie gras.

Make sure you’re still wearing that woolen hat and scarf as we hop over the border to Germany to find the charming city that is Nuremberg. This market is without a doubt Germany’s biggest one, including a variety of 180 stalls filled with Christmas gifts and festive treats.

It’s no surprise, therefore, that the market attracts tourists from all over the world. Find your inner child as you fill your stomachs to the brim with the local gingerbread delights. If you’re still hungry then grab yourself some Lebkuchen (sugary biscuits) as well as a hot mug of Glühwein as you wonder through the jubilant atmosphere. Magic is certainly in the air in this spellbinding German city.

As if we couldn’t have enough of Germany already, here we have the traditional Striezelmarkt, found in Dresden. The oldest Christmas market in Germany, the Striezelmarkt is located on the Altmarkt Square. The city’s market has a real romantic and festive charm to it, where couples are seen hand in hand walking through the illuminated stalls.

Be amazed as you look upon the world’s tallest Christmas pyramid whilst you let those tastebuds run wild with a slice of Dresden Christstollen (Germany’s very own Christmas cake). Make sure you don’t miss the market’s Stollen and Pyramid festivals, a chance for you to experience the full German experience when it comes to celebrating Christmas.

For all the chocolate lovers out there, you’re going to be in for a treat as we head over to Brussels in Belgium. Set in the beautiful Place Sainte Catherine, the Plaisirs d’Hiver (winter wonders) includes a 2km illuminated walk route that takes you through the stunning city centre.

The market becomes a small village in itself, where the Bourse area has a variety of delicious food, including some of the best French fries around. What better way to wash all of that down then having a pint or two of some the tangy tasting beer at Café Roskam. Once you’ve finished stuffing your faces, put on those skates and get on that ice rink. Who knows, you could well be the next Torvill and Dean.

Back to the north of France and we have the city of Lille, where its enchanted Christmas market puts you in the heart of winter. A certain ‘’joie de vivre’’ casts through the air as the city sparkles with light from its winter wonderland.

The entire Grand Place Square is filled with snow-covered chalets, standing before the 50 meter high Ferris Wheel, which also provides a brilliant view of the whole city. The Place Rihour comes alive as the night time air is filled with an aroma of cinnamon and roasted chestnuts, both found amongst the 83 wooden chalets. Londoners you have no excuse as the city is just on the other end of a quick Eurostar journey.

Jingle All The Way

Get those Christmas jumpers on as it’s time to jingle all the way with some of Europe’s most magical destinations. If you consider yourself a distant cousin of the Grinch, then a quick weekend trip to one of the cities mentioned above will make you crackers about this certain holiday. Just remember to go easy on the sherry this time…