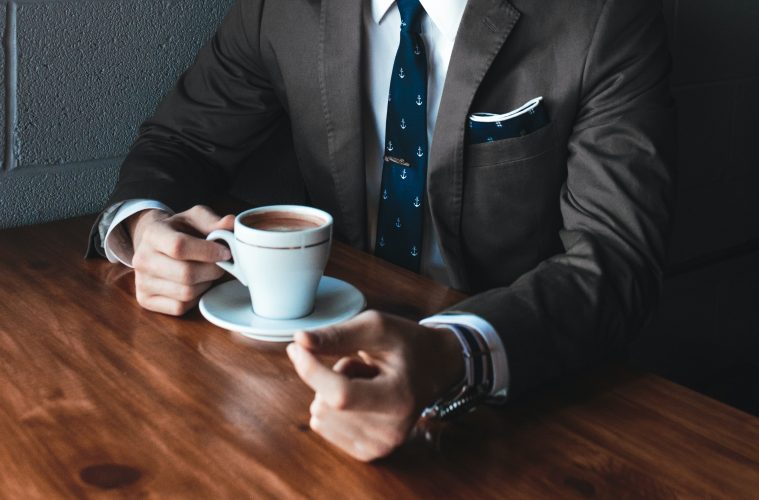 With the release of the new season of the hit drama series, Succession, in Spring 2023, viewers are anticipating the taste of more backstabs, betrayals, and something else.

The show has become known for its impeccable fashion style that exudes power and confidence in a subtle way. From tailored suits to high-end leisurewear, the men of the Roy family are mastering the art of quiet luxury fashion, and we can’t wait to see more of it.

Before the new season airs, let’s recap some of the statement menswear styles we’ve seen in Succession and learn a few tips on how to recreate them in our wardrobe.

First, let’s start with the patriarch of the family, Logan Roy, played by Brian Cox. Logan’s wardrobe is the epitome of traditional power dressing. As the head of the family running the business empire, his fashion sense has to be impeccable.

Logan Roy has one statement piece that sees him from day to night. In various colours and knits, the media mogul fashions his emblematic shawl cardigan in cable knit. One might fire doubts towards him for having given into the dawn of his prime, but this subtle fashion move has a deeper meaning. Logan Roy is the only character in the show who has the luxury of being comfortable. Luxury is also woven in the choice of fabric his sweaters are made from – cashmere – often associated with the wealthy.

Alongside his iconic shawl cardigans paired with collared shirts, the patriarch of the family often dresses in high-end custom pieces by Leonard Logsdail, a bespoke British tailor in Manhattan who created the costumes for “The Wolf of Wall Street” and the latest remake of “The Great Gatsby”.

To get Logan’s look for yourself, invest in a statement knit cardigan and pair it with other business classics. Pay attention to the details – opt for crisp white shirts, tailored designs that fit your specific body type, and subtle accessories that complement your look, such as a watch or glasses. Looking comfortable yet expensive is the ultimate fashion power move.

At first look, the youngest aspiring successor of Logan, Roman Roy, has a seemingly understated style. He is a no-tie, popped-collar type of guy you will rarely see in a blazer. Unlike his hungry-for-power siblings, Roman is trying to exude a sense of calm and collectedness in his father’s eyes. But in actuality, he is the most concerned about Logan’s approval.

His favourite colour palette is composed of dark tones, including greys and browns – nothing too loud. Although his style is rather static, there is something intentional about taking expensive pieces and turning them into chic looks while showcasing negligence in a Byron-esque way.

To replicate Roman’s style, pair a classic grey coat with a navy shirt but leave the top three buttons undone. Match it with classic men’s brogues to emphasise the timeless look. This will give your sleek formal wear a laid-back edge, Roman’s style.

Kendall Roy, Logan’s aspiring successor, uses fashion as a rebellion. While a sleek suit and tie look is still a part of his personality, he doesn’t shy away from exploring his identity through clothes. From Gucci bomber jackets to Lanvin sneakers, we’ve seen him experiment with style. All in attempt to step away from his father’s shadow and differentiate from him.

But when he needs to cradle in his father’s embrace after the next mess-up, Kendall subtly falls back to embodying an identity echoing the media mogul. Towards the end of the last season, Kendall is back to knits mimicking his father’s iconic shawl cardigan. What would we see in Season four?

To incorporate Kendall’s fashion style into your wardrobe, dare to try on various styles in an eclectic pursuit of individuality. Bolt patterns, streetwear classics, and designer masterpieces will give you that Kendall vibe.

According to costume designer Michelle Matland, the Roy family has mastered the art of dressing in an uber-wealthy way. They wear timeless pieces in a subtle yet powerful way, as well as trendy streetwear fashion. By mixing and matching these styles and adding your own personal flair, you, too, can embody the powerful, fashionable looks of the Roy family.