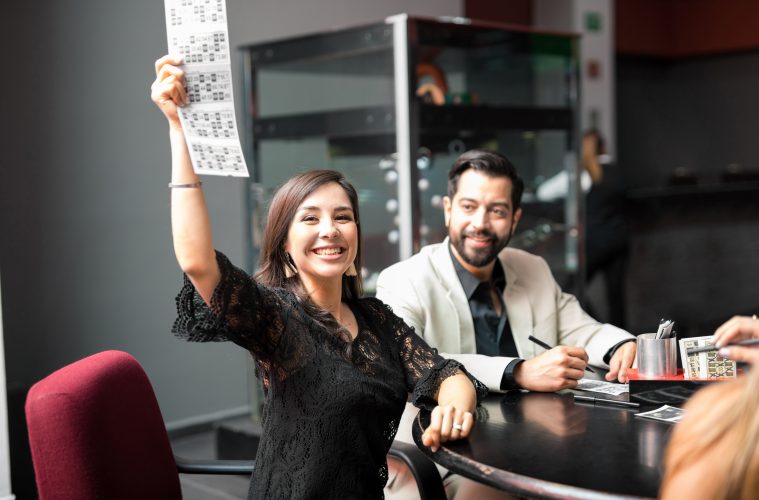 Ditch Your Gender Stereotypes! In the 2020s, Bingo Is Not Just for Women

As we are now more than a fifth of the way through the 21st Century, it would be nice to think that gender stereotypes were a thing of the past. Unfortunately, some old ways of thinking are still lingering around like a bad smell. On the other hand, there are a few gender stereotypes that are getting kicked right where they belong – into the past. One prime example of this shift in thinking is bingo, a game that was almost exclusively played by females until recently. This has all changed in the online world, and now the game appeals to both men and women.

How Did Bingo Become Known as a Women’s Game?

Caption: A bustling bingo hall in the 1990s.

Bingo went through its supposed golden age in the 1980s and 1990s, when the bingo hall was highly prevalent. It started to gain traction in the UK after the Second World War. Within a few decades, bingo halls were cropping up in towns everywhere. At the height of its powers in the 80s, there were an estimated 1600 bingo halls across Great Britain.

Despite being so popular, bingo halls were still way behind pubs in the country, even at their peak. Around the same time, there were around 50,000 public houses across the British Isles, and these buildings represented the most common place for socialising among British people.

However, pubs were predominantly frequented by men. This was propagated by backward laws that were only overturned in the last few decades. For example, prior to an act of parliament in 1982 that said women could no longer be refused service in pubs, there were certain establishments that were for men only. This forced women to go elsewhere to fulfil their needs to socialise, and the bingo hall represented the perfect option.

Women flocked to the bingo halls where they quickly discovered that they could talk and enjoy themselves freely without being on the receiving end of sexist remarks or discrimination. In the end, the bingo hall became the place for women to hang out, while the pub was where the men went.

This suggests that bingo wasn’t the sole reason that women were attracted to the establishments. Indeed, they may have been forced into this option because they didn’t have anywhere else to go. The fact that there was the opportunity to play bingo could have been seen as an added bonus in the early days, perhaps, before a vast number of people actually discovered an affinity towards the pastime. On top of simply being available in these locations, the game of bingo was easy to pick up and exciting to play.

Men Could Be Playing for All These Reasons Too

When examining the history of bingo halls, it appears that women were funnelled into them due to their exclusion from pubs. It just so happened that they had a thrilling game to play in their alternative establishments, and the bingo craze was able to gain traction. This seems to be the single, driving reason why women ended up being associated with bingo. With this in mind, if the roles had been reversed back in those days, men could have easily developed the same link with bingo.

Bingo operators have desperately tried to shed the image that they are solely for women, and probably never wanted to be labelled in such a way in the first place. Since moving to an online setting and getting away from physical locations, bingo operators have been able to diversify and change the way people perceive them.

Online bingo has boomed over the last five years, and it has clearly been helped by the broadening of demographics. There are still more female players than male, but the gap is gradually closing. It was recently found that 62 percent of players were women, meaning that a whopping 38 percent were men. This male playing figure has massively risen since the golden age of bingo when it is estimated that less than fifteen percent of players were men.

Online Diversity Has Helped Open Up Bingo to Both Genders

So how have online bingo sites actually been able to shift the way people think about the game? It has certainly been a gradual transition, and there have been many different tactics along the way. One of the most noticeable ways that bingo sites have changed on first glance is to go for more neutral colour schemes and page designs that will appeal to both sexes.

Another noticeable revelation in the online bingo industry is the introduction of themed slot games. These games, which come in so many different genres, can be used to pull in players to a bingo site. A player may see a game they like the look of, and then find themselves exploring the site for other things to enjoy. They could then get drawn into playing bingo.

The themed slots on offer at Wink Bingo, for example, tackle a broad range of themes, meaning that there is something to draw in players with all manner of preferences, whatever gender they may be. Fish and Chips dives deep under the ocean, presenting the player with some marine-themed fun, while Big Money Slingo seeks to appeal to those who like to play for large jackpots and would also consider adding some bingo features to their slots play. Temple of Iris has a historical adventure theme, while in Da Vinci Diamonds players have the chance to view that famous artist’s big works. These diverse offerings show how bingo sites are broadening their game libraries for wider demographics.

Bingo games are changing to suit these new audiences as well. There are plenty of themed bingo rooms now, with the aim of mixing things up from the traditional forms of the random ball draw. Sites can use these themed rooms to bring in different target audiences and guarantee that players in the chat rooms will share similar interests.

Still not convinced that bingo is a gender-neutral game? Just check out any bingo site online to see the myriad ways the game has evolved to suit both men and women.