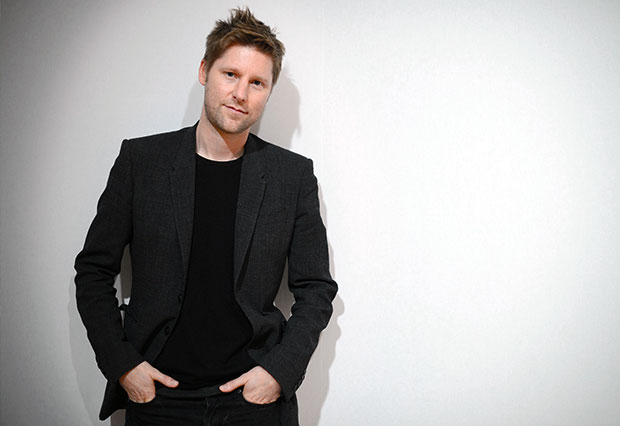 When it comes to designers and brands you pretty much won’t get any more British than Burberry, a fashion label that is built on the aesthetic and ethos of traditional English style taken to new and innovative modern interpretations. Since the early 19th century Burberry have been constantly evolving and slowly becoming a fashion force to be reckoned with, and in today’s fashion environment we couldn’t think of anyone better to helm the Burberry ship than Chief Creative Officer Christopher Bailey.

Christopher has been a part of the Burberry magic since 2001 as creative director, and then becoming Chief Creative Officer just eight years later in 2009. Coincidently it is Bailey who is credited with transforming the fortunes of the Burberry brand and company, and on October 15th of this year Bailey was named as the next CEO of Burberry once Angela Ahrendts, current CEO, departs for Apple. It was with Angela that Christopher set up the Burberry foundation in 2008, which is committed to dedicating global resources to help young people realize their dreams and achieve their goals and potential through their power and creativity. The Burberry Foundation invests in select charities which focus on supporting young people in the key cities in regions where the majority of Burberry employees live and work, and where they are able to participate in volunteer roles with Burberry charity partners on the ground. Funding and mentoring is a key part of the Burberry ethos, and is clearly a big factor into the success of the company as a whole.

Here at MFM we are huge fans of the brand and of Christopher Bailey, we love the check prints and we love all three of the Burberry Brands that make up a wonderful company and fashion house.

After much digging we realised that there are more prints and checks than we initially thought, each with their own distinctive name and style.

Back In The Day

Christopher Bailey clearly has a good head for business and good eye for design because what he has created since arriving at Burberry is nothing short of fashion legend. He carries such a respected presence within the industry, and from what we have seen, heard and read he is still very down to earth and a humble and genuinely nice guy. His roots are placed firmly in his birthplace of Yorkshire where he graduated from the Royal College of Art with a Masters degree in ’94 and he later went on to receive an honorary fellowship from the College in 2004.

He started his ascent in to fashion icon in 1994 when he was the Womenswear Designer at Donna Karan for two years until he moved on to become Senior Designer of Womenswear at Gucci in Milan from 1996 to 2001. We all obviously know the rest because when he left Gucci in 2001, it all became all about Burberry.

For the folks here at MFM it is usually all about Burberry, while some of us prefer Burberry Prorsum and some of us love Burberry Brit; you can guarantee there isn’t a single person here who doesn’t hold some sort of affection for the brand.  Realistically speaking if we were to show you every single item we loved, it would prove far easier to physically drag you into every flagship Burberry Store and Burberry stockist around the country. As this isn’t physically possible, we have narrowed it down as best as we can to a few select favourites from each of the Burberry ranges. You have no idea how restrained we have had to be, so you can probably understand the difficulty in limiting ourselves to a small range of items. But anyway, I digress, so here is our selection of Burberry favourites.

Since becoming chief creative officer at Burberry, the British designer Mr Christopher Bailey has won widespread acclaim for his Burberry Prorsum men’s collections, which feature elements of the label’s heritage updated for today. It is Burberry’s signature, fashion-forward line which features many luxurious touches throughout with a style that refreshes classic outerwear designs.

Focused particularly on outerwear and tailoring, the Burberry London range provides an elegant, modern interpretation of the Burberry men’s look, with well-cut suits and shirts, sumptuous knitwear and, of course, several variations on the iconic trench coat. This is modern British tailoring with a stylish edge that reminds us that the classic trench coat is a wardrobe essential.

Burberry Brit is the relaxed range from this iconic British fashion house, which interprets the brand’s heritage in a sophisticated yet casual way. Perfect your off-duty look with the fitted Oxford shirts, superb denim and classic outerwear. It is the Burberry look with a relaxed attitude which is great for building your weekend wardrobe; we particularly like the shirts and knitwear.

Whether you choose something for yourself or as an elegant gift for someone else, Burberry’s stylish range of men’s shoes, bags, leather goods and scarves, which epitomises modern British luxury, is not something to be missed. Burberry’s shoes & accessories range is renowned for sophisticated details with the guarantee that high quality is assured.

It is clear from the product picks alone that Christopher Bailey is clearly a force to be reckoned with, and who we all believe is deserving of his MBE. He has taken the brand to new heights and with that has easily earned his place amongst fashions highest ranking artists and designers. He has gained the respect and trust of his fashion counterparts and has now become someone whom we all admire and respect, not just as a designer or as a businessman either; but as a man.