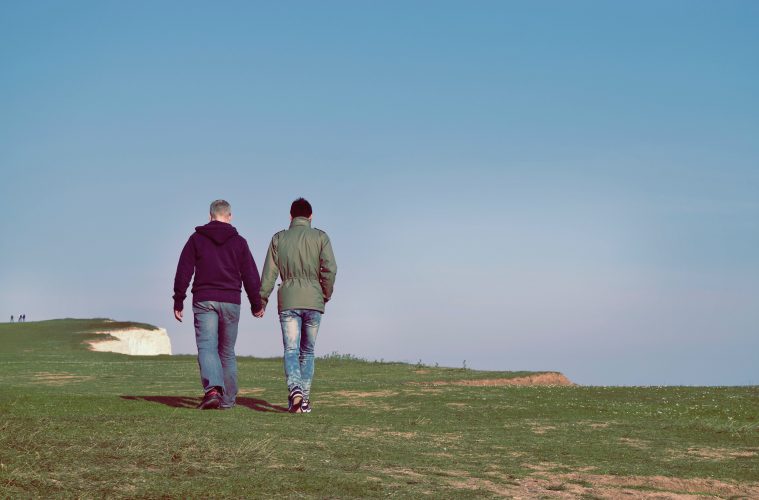 When I first heard that social distancing measures that were to be put in place as of March last year, I couldn’t help but wonder how the gays were going to cope with these new rules of solitary confinement. Let’s face it, the notion of being ‘two meters apart’ pretty much goes against everything gay culture stands for. Within a few days, life as we once knew it had come to a standstill, Pride parades had officially been cancelled, and the idea of a one-night stand felt like a distant memory.

At the beginning of the UK lockdown in the middle of March last year, the location-based app Grindr released some of its premium features for free. This enabled users to see up to 300 fellow Grindr users on the app, in order of each user’s proximity in distance. Whilst I can see the good intentions behind this decision to help keep people connected, a part of me questioned what that would do to the temptation of a twink who’s spotted a daddy only four stops away on the Bakerloo line. With great premium features comes great responsibility, and leads to the question: “Would you put a pandemic before your penis?”

They say not all heroes wear capes, and that’s true in the case of the famous adult website Pornhub. To help those who are isolating alone, and to encourage them to actually stay home, they released a new ‘StayHomeHub’ website. This granted viewers access to its premium features for free; including HD videos with no adds (because the only ‘pop-up’ you want to be seeing is in your underwear). In return, the viewer was asked to make a commitment: either agree to self-isolate, or make a promise to regularly wash your hands and maintain social distancing. A smart way to help flatten the curve, whilst providing the content to help people fulfil their wildest fantasies – from their OWN bedroom, of course.

Through all this sexual frustration and countless hours of masturbation, there is a light at the end of this tinder tunnel. At the beginning of May last year, I received a text message from my sexual health clinic 56 Dean Street, stating that COVID-19 was a once in a lifetime opportunity for us to tackle HIV. After a person initially contracts HIV, for a short period of time the virus is at its most infectious stage. Since gay men were having less sex, there is less transmission of the virus between households, meaning less new infections, and less people at their most infectious after the lockdowns were over. After someone catches HIV, it can take up to four weeks for a test to show positive. That provides the opportunity for everyone who was/is sexually active to get tested now. This then means that everyone who tests positive for the virus can be treated before unknowingly passing it on, making further transmission impossible.

What might seem as simple as swapping sex with one of your dating app swipes with a home testing kit, could actually be the difference between someone else’s diagnosis, and eventually erasing HIV once and for all.