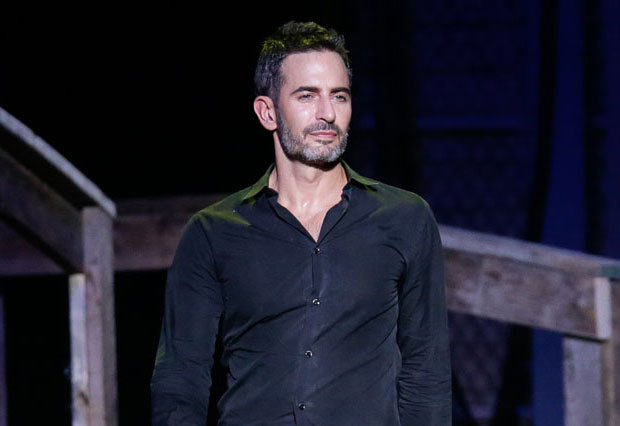 Today is a sad day in fashion world, after a long speculation it has been confirmed that Marc Jacobs is stepping down from the helm at fashion power house Louis Vuitton after 16 years as creative director. It’s believed that Jacobs wishes to concentrate fully on his own eponymous label – which, according to reports, is to be listed on the stock market. Louis Vuitton, Marc Jacobs and secondary line Marc by Marc Jacobs are all owned by LVMH.

At Louis Vuitton, Jacobs acquired the reputation, along with Karl Lagerfeld at Chanel, John Galliano in his Dior days and the late Alexander McQueen for staging the most exciting and extravagant shows in Paris. In recent years some of his most beautiful catwalks have included the orchestration of an elaborate carousel; iron-framed elevator; Pop-Art escalator, fountain; a full, functioning train and, last autumn, an entire floor of a “hotel,” its doors opening upon videos of hotel “guests” apparently unaware of the voyeuristic eyes of the audience.

A successor for Jacobs has not yet been named, but it has been reported on several sites that LVMH executives have been in talks with former Balenciaga creative director Nicolas Ghesquiere regarding the role. Once we receive confirmation we shall keep you updated.

Jacobs presented his final show for the brand this morning, a celebration of his greatest hits – created entirely in black. LVHM CEO Bernard Arnault led a standing ovation for the designer. Now that Jacobs focus is primarily on his own brand we are waiting with breath that is baited to see what he does next.