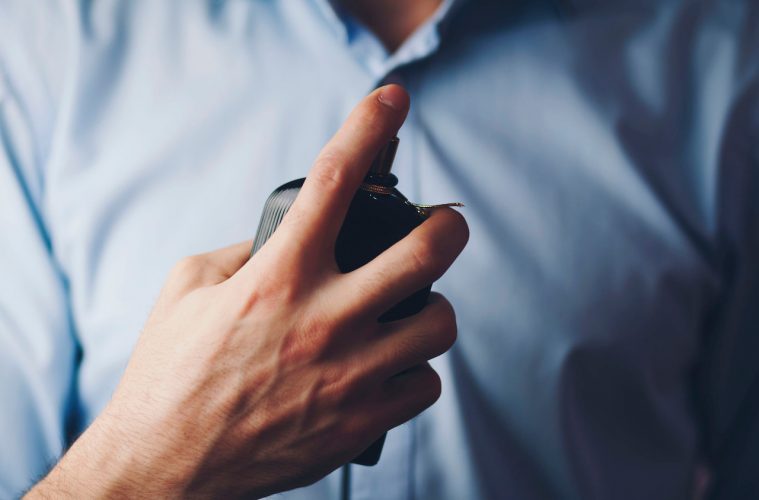 Choosing A New Fragrance For Men

So let’s face it, no one likes a man that stinks…

I know that I personally don’t and hopefully you don’t either, so in today’s article I’m going to highlight the basics behind choosing a new fragrance for men.

When choosing a new fragrance you want a scent that Leaves a lasting impression and gains compliments… but how do you find it?

Why Should Men Wear A Fragrance?

Before we dive into the basics of choosing a new fragrance I want to highlight the benefits of actually wearing one.

Why should you spend your hard earned money buying fragrances alongside time each day applying a fragrance?

There’s obviously a lot of benefits, but if you want to improve the way you look you have to consider the way you smell. I mentioned it in the 7 Grooming Mistakes Most Men Make feature, highlighting the fact a lot of guys neglect grooming and smell altogether.

It’s obvious right? People like nice smells, people dislike bad smells. So make sure you apply a fragrance when you’re heading out to speak and meet new people.

The other benefit to wearing a fragrance is it creates an emotional connection with someone. If you think back to your childhood, there’s probably a specific smell or a specific fragrance that maybe your Dad, Grandad, Mum or Ex-Girlfriend wore… that smell is something you won’t forget.

When you meet new people your smell can actually create an emotional connection with someone as well, so don’t just rely on your natural odours. 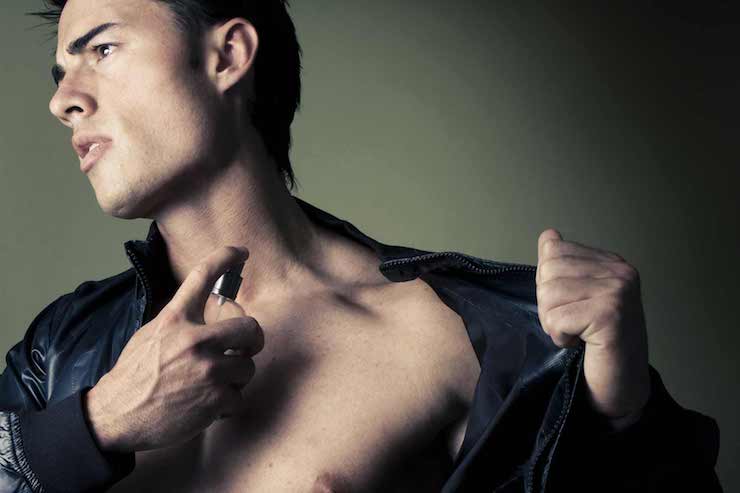 But what should you do before choosing a new fragrance?

1. What’s The Purpose Of The Fragrance?

Are you looking for a fragrance you can use every day and night?

Are you looking for a fragrance for a specific Occassion?

There’s a lot of different fragrances for various different occasions, so you need to make sure the first thing that you do when choosing a new fragrance is know the purpose. 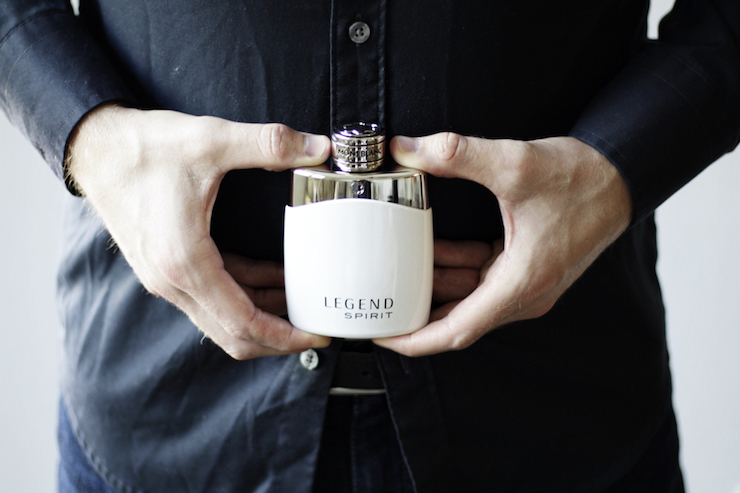 We know the purpose of this scent is for our wedding, it needs to be memorable and it needs to be a good summer scent due to where we’re getting married. We also need to know what we like and give each other guidelines on what to choose.

On the other hand I like to keep my wardrobe as minimal as possible so I tend to only wear the one fragrance. This then needs to be a fragrance I can wear daily, and something that will smell good for any occasion and in any climate.

Understanding the purpose of the fragrance before you buy it is a simple but important step to making the right decision.

Would you buy a suit without trying it on?

So don’t neglect the process of researching and trying different fragrances before you buy one.

There’s some really great fragrance channels on YouTube which post weekly reviewing different fragrances, and I recently did a video with Chad from Gentleman’s Journey which you can watch below

Look at blogs, ask your friends and don’t be afraid to stop and ask someone what fragrance they’re wearing if you happen to like it. The more research you can do, the better decision you’ll likely make.

Once you’ve done your research, you’ll want to test it out. Go into the store, try it on and see how it smells. You can also order a variety of test bottles, just like in the video with Chad (above) I had a range of fragrances to try.

At first I simply sprayed them onto some tissue and smelt them a few seconds later, but then I also tried wearing a few of them in the days that followed to see how well it lasted and what kind of compliments I received.

It’s surprising how important this step was, as smelling a fragrance on a tissue in comparison to smelling it on yourself throughout the day can be extremely different.

There’s nothing wrong with ordered a fragrance online (as it’s often cheaper) but make sure you’ve tested it first.

Don’t just wear Ralph Lauren because your friend wears Ralph Lauren. Don’t follow the herd, don’t go for the ‘typical’ brand or designer because the fragrance they produce is expensive.

It isn’t cool, and it doesn’t make you more important than anyone else.

Wear a fragrance that really suits you and one that you personally like, don’t wear a fragrance because you want to impress someone with the name of it. 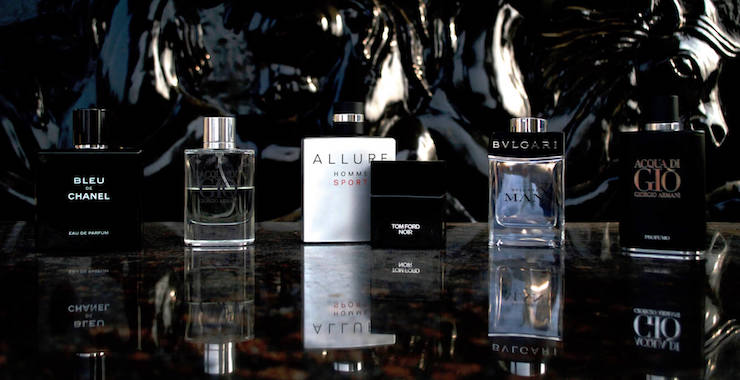 Don’t follow the herd. Find a fragrance that you like and don’t worry about the brand name.

4. Choose The Fragrance Yourself

This point slightly goes against what I’ve just mentioned in terms of me choosing Amy a fragrance for the wedding day and her choosing me one, but this point is very important.

Don’t let someone choose a fragrance for you.

There’s a huge reason why you’ve probably got a lot of aftershaves or colognes in your wardrobe that are just sitting there that you haven’t worn for awhile, and that is because they’ve probably been given to you as a gift. You probably still own a few from Valentines Day, from Christmas and even your Birthday’s throughout the years. 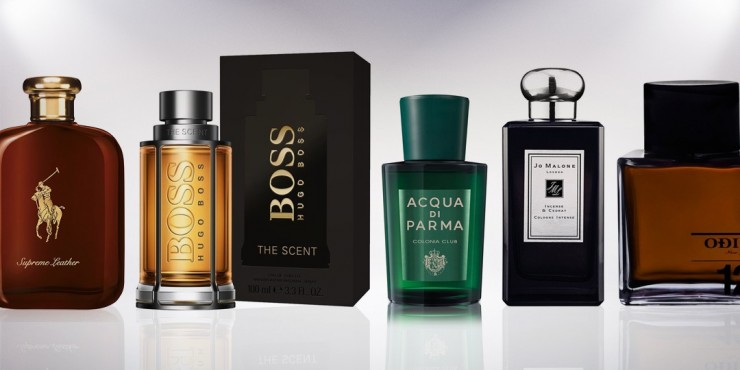 Either buy them yourself or tell someone the one you like. I’m hinting to Amy about my 2 favourite fragrances, I wouldn’t let her just randomly chose one because she liked it.

Take control, and don’t let someone choose a fragrance for you.

After You’ve Bought The Fragrance…

A lot of men think wearing more fragrance will create more of an impact, but the reality of it is more fragrance often leaves the wrong impression. It looks like you’re trying too hard, and you can easily overpower someone.

No one likes the guy who walks into a room and you can smell him straightaway. It’s too much of a statement, it looks like you’re overdoing it. You want to create a subtle statement though the fragrance that you wear, and that is by not overdoing it.

The Best Fragrance For Men

So there we have it, a few things to consider before choosing a new fragrance.

What’s the best fragrance for men you’ve ever worn?

Do you have a go to scent for any special occasion?

Let me know in the comments below and don’t forget to subscribe to the YouTube channel by clicking the banner below.