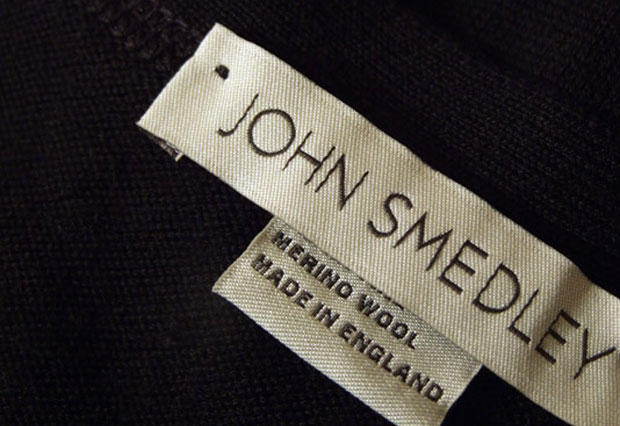 I’ve been a puppet, a pauper, a pirate, a poet, a pawn and a king. Now I’m a John Smedley enthusiast! For those of you who like made-to-measure clothing, knitwear can be frustrating. With varying wool weights and knit-types, it can be tricky and altogether quite daunting when dressing for your body type. However, let us introduce to you John Smedley, a 229-year-old design label made famous for its attention to detail and bespoke clothing. Its long history has, inevitably, accumulated centuries-worth of expertise that has not only transported the label to world-wide recognition, but also transported the way in which we wear knitwear with its impeccable craftsmanship and cutting-edge design.

John Smedley is the name given to four generations of owners of Lea Mills (near Matlock, Derbyshire) which was founded in 1784 by Peter Nightingale (a relation of Florence Nightingale) and John Smedley (father of the better-known son of the same name). In its infancy, the mill was seen to both power machinery and clean yarn and specialised in the production of muslin and spinning cotton. The Lea powered the original mill wheel and was the reason the factory was located there. A small canal also cuts through the countryside which aided the exportation of the cotton beyond the Derbyshire hills and the babbling brook.

The business proceeded to extend its activities to knitting and hosiery manufacture and to this day remains an operational building which, it has been claimed, makes John Smedley the world’s longest running factory manufacturer. For us, the designer label John Smedley conjures up images of luxury knitwear with its distinctive bespoke tailoring, iconic to the brand. Though our past helps to make us who we are, it’s the contemporary design and innovative ideologies about future fashion that makes John Smedley at the forefront of contemporary fashion. But where does it all come from? Its stunning garments are ‘brought to life through the finest raw materials’ from Sea Island Cotton (introduced in 1922) to New Zealand merino wool which, once made, are sold in over 30 countries, and feature in department stores like Harrods and Selfridges. Its popularity signals that the factory will be in business for many more years to come – so come with us and take a look at one of Britain’s most exquisite knitwear designers.

Rightly so, John Smedley calls its knitwear ‘tailored’ as it is fully-fashioned rather than comprising of pieces that are cut and subsequently sewn together. As a result, this creates a much smoother finish and altogether better fit on the body. Just take a look at the shoulder seam of Smedley knits – unlike other designers, its backward-sloping angle is a direct result of fully-fashioned knitwear, something which is not usually achieved when “cutting and pasting”.

There has been a lot of recent interest in the brand, especially here at MFM where Kate McLeish has described the AW13 collection:

‘Nostalgic themes run through […] a harmonised collaboration of sportswear and loungewear. Traditional fits of the 60s and 70s in turtleneck jumpers, long johns and smart polos, take clear inspiration from the beatnik and mod eras’.

What is more, the factory is said to be the origin of Long Johns, and with winter fast approaching, what better time to warm up those pins than in these fine merino wool LJs? Also, just because it’s November, it does not mean that we have to give into the Christmas festivities quite yet, so grab a pair of these Cheviot merino wool sweatpants and go for a run! You’ll be glad you did.

From Seam To Shining Seam

The British knitwear specialist, John Smedley, was founded over 200 years ago and since then has not looked back. From luxury materials and bespoke tailoring to contemporary design, it is no wonder the label is still showcasing its collections at major fashion shows around the world in the 21st century. So what are you waiting for? Jack Frost is en route so get yourself some luxury knitwear before he comes and nips at your nose.