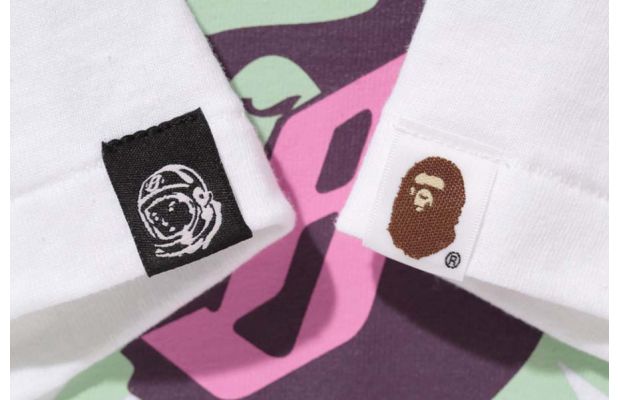 A while ago we spoke about Pharrell’s foray into fashion with BBC, and how they collaborated with A Bathing Ape‘s founder Nigo, who he had a good rapport with. In fact, the super producer was one of the reasons BAPE was such a bit hit in the U.S. when it launched here in 2004. Well to mark the 20th anniversary of BAPE they have collaborated again to create three new T-Shirts as part of a capsule collection for the brand.

This certainly isn’t the first time they have worked together and judging by the success they have we suspect it won’t be the last. Each t-shirt has been designed to feature both brands logos fused together in a simian space explorer design creating something new, fresh and funky. The official release date for the capsule collection is the 23rd November and as of yet, only seems to be available at selected BAPE stores. We will update you if and when we hear about on online release too.