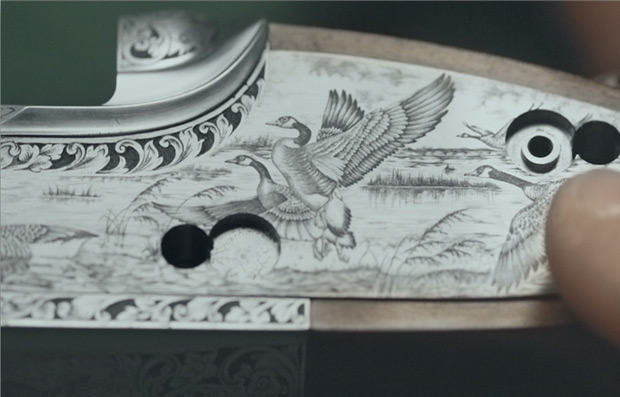 Luxury gun manufacturers Beretta have just launched two unique projects to showcase their brand, one being an original short film entitled ‘Human Technology’ and the other being a collaboration with designer Marc Newson on a new shotgun design. 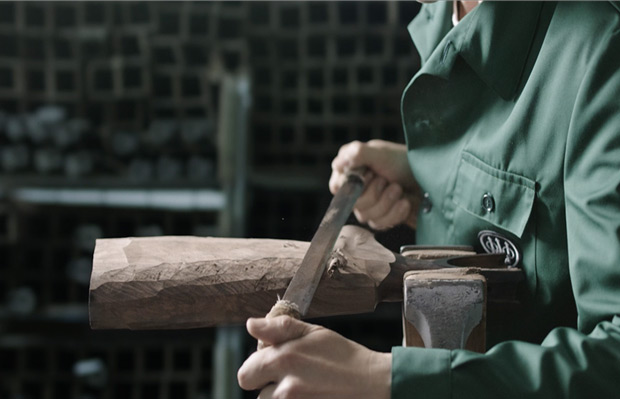 Started over 500 years ago in Italt, Beretta has built its reputation on quality and craftsmanship. Originating with Fabbrica d’Armi Pietro Beretta, the business has been passed down through fifteen generations of the Beretta family and has expanded increasingly with each passing one.

Today, Beretta produces over 1,500 weapons per day and caters to just about every need by producing a full range of portable weapons. 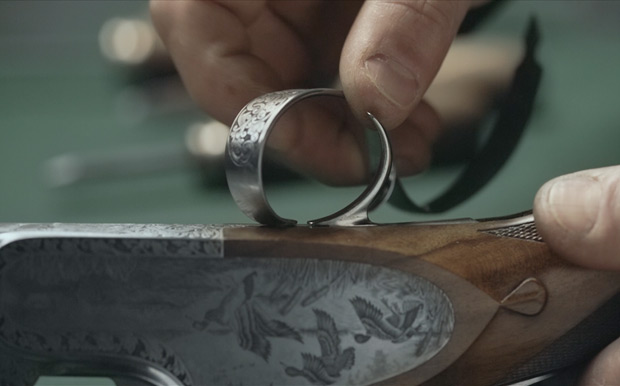 Today, Beretta has gone from strength to strength, and is still keen on moving forwards while simultaneously looking back to its past, as evidenced in their latest collaboration with international designer Marc Newson.

The 486 by Marc Newson is the epitome of the brand’s careful balance of heritage and modernity , through details such as the polished wood of the tail and for-end contrasting the engraving on the receiver that is done using high-tech laser technology.

Furthermore, the traditional side by side shotgun style has been re-interpreted by Newson to feature a new technical solution. The Wood-bridge allows the safety catch to be built into the walnut of the body, rather than being a separate mechanism on the end of the receiver, which creates a sleek shape and a distinct profile.

As well as this collaboration, Beretta have also commissioned a short original film to celebrate both the human craftsmanship and the techonological innovation that goes into making their weapons.

‘Human Technology’ by Ancarini Studios tracks the manufacturing process of every Baretta gun and emphasises the relationship between the craftsmen that assemble the weapons and the technology that makes such innovation and quality possible.

With a soundtrack constructed around the beat of the factory machines, the film is symbolic and emotive in equal measure and culminates in the finished product being passed into the hands of the customer.