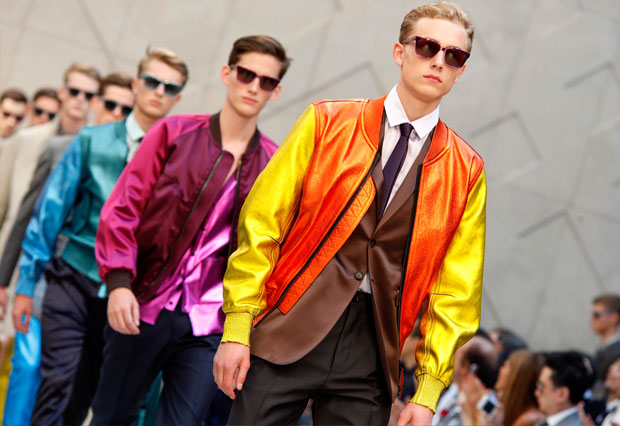 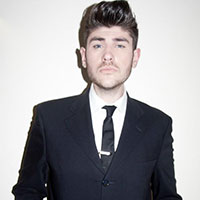 Whilst you are probably sitting behind your screen at home with the heating on because the cold days have just came back… At MFM we want you to feel good about the winter days and what’s better than colours to brighten up your winter mood?

Iridescent, metallic or holographic also known as goniochromism is generally known as the property of certain surfaces that appear to change colour as the angle of view or the angle of illumination changes. Examples of iridescence include soap bubbles, butterfly wings and sea shells. This change of colours has been used by many designers for the past seasons and we’re hoping to see it more often on the runway. When we talk about holographic print, people often think of a silver surface texture similar to those found on cheap wrapping paper. However, many designers have taken this diffusion of light as a conceptual basis on which to create fabrics and textiles in many different colours. Burberry Prorsum was one of the first to try it with the SS13 menswear collection and let’s face it, it was unusual but in a very good way. Here are some pictures from Burberry, Issey Miyake, Versace and Jeremy Scott fashion shows.

The high street is little by little introducing holographic pieces into their stores. However those pieces are more accessory orientated like sunglasses, jewellery, bags and shoes. H&M for example were one of the first to introduce the holographic trend into the market and this was a huge success. We are hoping in the future that more high street stores will make the move and dare to go ahead and jump into the light spectrum state of mind.

The next thought you’re having is probably how not to go too far and when can I wear holographic? At MFM we’ve got the answer! Holographic can be a powerful, eye catching but also really fashion forward when you accessorize it the right way… You don’t want to wear a head-to-toe look resulting in everybody staring at you in the street. You can for example rock a pair of Raf Simons’ shoes with black skinnies and an oversized black t-shirt, still minimalist but with a touch of attitude to it.

If you are still doubtful about this new trend, we, at MFM, have searched the internet and selected some amazing pieces to convince you and your friends.

Thought provoking, unique and kitsch, we are falling in love with the holographic statement and we think (and hope) the next season it will grow more and more into the fashion world. By now, you should be converted to holographic and iridescent pieces, whether bold, minimalist and discreet or colourful and eye catching. This is a trend for everyone and every kind of style.