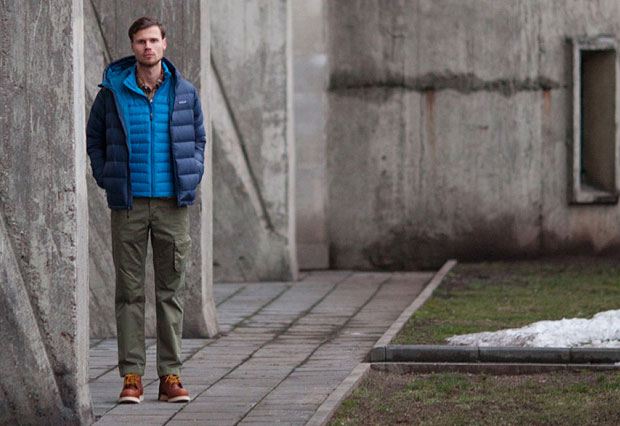 We all know fashion is a cyclical process that has us lauding an item of clothing one moment and demonising it the next, it is how fashion has always worked and always will.

You know how it is, if you even thought about wearing skinny jeans in the mid to late 90’s – an era in which mainstream fashion was defined by Grunge and Indie music – you would have been laughed out of every club going and yet now they have been adopted by all and sundry, including I hate to say the TOWIE lads, who in doing so my be putting the first nail in the coffin of a jean brought back from the dead, or the 80’s at least, by The Strokes and all the floppy haired, pop-rockers who followed in their path (Kasabian, Franz Ferdinand and Kings of Leon all spring readily to mind).

Trends in fashion will always come and go and while this is true more so in women’s fashion, where there are simply more items of clothing to alter, men are certainly veering more towards fashion in their sartorial choices rather than sticking to the classic tried and tested formula of ‘if it ain’t broke, don’t fix it’.

From our footwear choices, hiking boots and brogues worn in a non formal manner are certainly trends rather than styles, to a move towards tapered, looser fitting jeans, a trend which is slowly becoming more prevalent, the way in which us men view trends and more importantly, the speed with which we adopt and adapt to such changes is certainly quickening.

One such trend that is making a hasty return to the scene is the Puffer jacket, an item of clothing not seen since the early 90’s when school kids and ravers alike were adopting this coat which contrived to make us look like the Michelin man.

Nowadays, in an era where names are paramount, the preferred – and posher – moniker for such a coat is Down Filled Jacket; ok, it may sound like a name taken from the Après Ski slopes but in actual fact it refers to the feather downing (usually goose feathers) with which the jacket is stuffed.

Essentially, this is a jacket designed for outdoor pursuits such as hill walking, mountaineering and any environment where you need as many warm layers as possible, but thanks to hip kids and their boundary breaking fashion rules, this jacket is now just as likely to be seen on the London high street as it is in the Cairngorms. And you know a jacket designed for the harsh rigours of outdoor activities has passed into the fashion world when brands including Givenchy, ACNE and ASOS are producing them.

Due to its original design for outdoor use, the wonderful thing about these jackets is they are incredibly warm while at the same time are so light you can barely tell you are wearing one. Be warned though, if they are the real deal and filled with genuine feathers, they are not suitable for the rain. They are essentially and under coat for the real waterproofs you should be wearing on top so venturing out in the rain is not the way to go with this jacket.

Here’s a few of the leading stockists who have realised the Puffer jacket is once again having a moment under the glow of the fashion spotlights.

ASOS: They wonderful thing about ASOS is the variety of brands they stock; from high streets brands jumping on the Puffa jacket bandwagon to true connoisseurs of the down filled jacket, everything you need is simply a couple of clicks away.

Mr. Porter: This is when you know the Puffa jacket has stepped out of the early 90’s, down from the mountain and into the psyche of fashionistas the world over. From Neil Barrett to Bottega Veneta, the Mr. Porter website is awash with a fine array of quilted, down filled jackets for all your winter needs.

Liberty’s: Without doubt one of MFM’s favourite shopping destinations, Liberty’s has a plethora of great jackets to ward off the cold this season. From major brands such as Paul Smith to the hip indie brands including YMC, Norse Projects and Folk, you won’t fail to find a feather filled jacket on their website.

Conclusion:  If you can shake the connotations of the 1990’s from your mind and understand that trends will always be about a moment in time, then the Puffer jacket is a must have for your wardrobe. You will probably look back in ten years time and ask yourself what you were wearing but then again, no doubt you did that the first time around.

Fashion is about embracing the zeitgeist, it is about being brave and cherishing the moment so seize the day and invest in a Puffer jacket this season.

Much to the chagrin of my less adventurous friends, my Patagonia Down’s Sweater (N.B that’s its official name when you’re searching the web) goes with me everywhere, and I’ve never been near a mountain in my life.