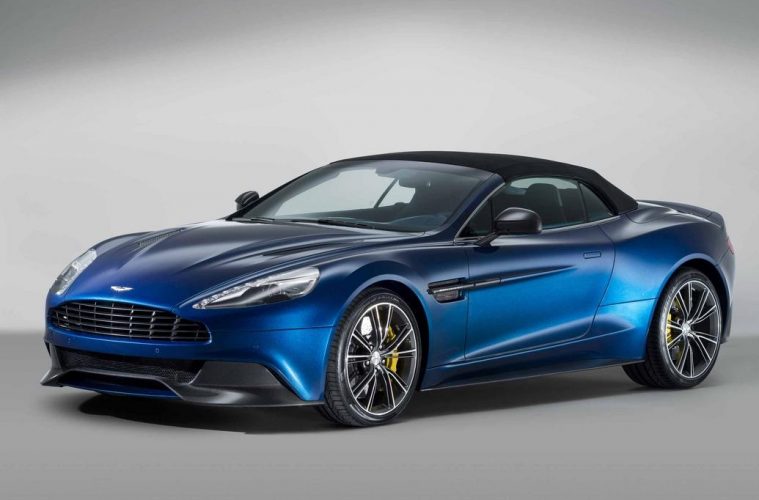 Aston Martin To Enter The Battle Of The Hybrid Performance Car

What would James Bond make of it all?

The signs are that Aston Martin, that legendary maker of luxury British sports cars and erstwhile provider of booby-trap equipped transport to the world’s most famous spy, is planning to firmly stake its claim on the 21st century with a new hybrid vehicle. Fuel efficiency is the name of the game in auto engineering right now – fresh curbs on emissions, and rewards for vehicles that put less CO2 in the atmosphere, are driving innovation across the board. Virtually every new car rolling off the production line has some form of technology imbued within it now to cut fuel consumption – take a look here for just one instance of that.

Perhaps it shouldn’t come as too much of a surprise. In March this year after all, Aston Martin unveiled the DBX, a 2 door 4×4 that caught everyone off-guard. Where previously the Aston Martin brand has been known the world over for style, sophistication and raw power, this new concept introduced hitherto barely-considered themes of environmental friendliness and practicality, especially when it comes to families, with ample legroom for four people, and plenty of luggage space.

The car that Aston Martin took the wraps off at the Geneva Motor Show was all electric, with a separate motor for every wheel, but if speculation is to be believed then the final production version will be a 4 door hatchback crossover, with a hybrid petrol and electric engine. As one might expect it will be aimed squarely at wealthier families, with an estimated £160,000 price tag.

While for many industry-watchers the DBX came like a bolt out of the blue, it seems now to be part of a wider strategy to expand Aston Martin’s appeal to a much wider audience, according to Andy Palmer, the company CEO who has hinted that within time the firm, which has built its reputation on exclusivity, could have a roster of up to seven models, including several that run on hybrid or electric power. There are rumours now that Aston Martin has a 1000 HP electric vehicle in the works, along the lines of the current Rapide S model. Possibly due to hit the market at some point in 2017, it would be priced around £200,000. 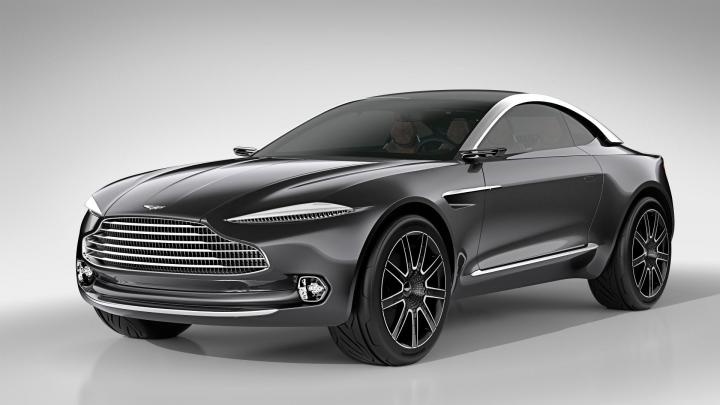 So, why the move to hybrids? Aston Martin is known for big, powerful V8 and V12 engines that give their owners a unique driving experience. Well, although headlines about the pressing need to curb emissions can scarcely have passed senior executives by, it is likely that at least in part, the company’s hand is being forced by financial concerns.

Aston Martin has been bankrupted several times in the past because its business model is not the most sustainable. If it were to happen again, there’s no guarantee that it would bounce back. It sells only around 7000 cars a year, and the need to introduce new technology to cut emissions and boost fuel economy naturally heaps pressure on.

In 2013, Aston Martin sold a 5% stake in the company to Daimler AG, the parent of Mercedes Benz, as part of a strategic partnership. That then gives it access to many components that it probably would have been unable afford to develop in-house.

Aston Martin has fallen behind rivals such as Porsche and BMW. If it wants to survive into this century and beyond then it needs to evolve and diversify, and fast. The announcement of the DBX and indications that this is just the first of a new line-up of hybrid vehicles, shows that it recognises that fact. If that range also incorporates high-performance sports cars that continue to bear the mark of Aston Martin quality, then this could be an answer to the problem. The big question, however, is whether Aston Martin’s quest for survival will come at the expense of its exclusivity and desirability, or if a happy balance can be found. Only time will tell.