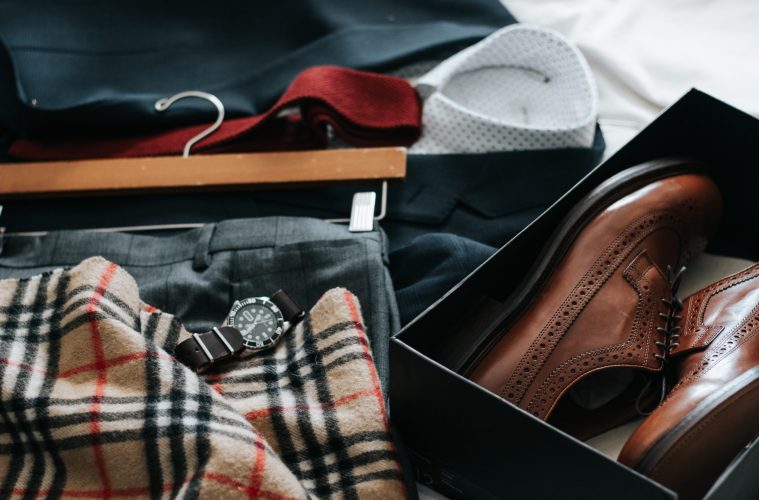 A NEW NORMAL, BUT MAKE IT FASHION

Last week The British Fashion Council announced the dates and provisional line-up for next month’s London Fashion Week which will be taking place between Saturday June 12th – Monday June 14th. A mixture of menswear and womenswear collections from designers including Bethany Williams, Ahluwalia, Liam Hodges, Per Götesson; through a combination of digital events and IRL fashion shows designed to adapt around the current social distancing measures.

Of course, we all know it’s not just the fashion weeks that have been forced to adapt to the current social distancing measures. For the majority of the past year and a half, weekly work meetings were swapped with endless amounts of zoom calls, a candle lit dinner date night was replaced with hours of dating app swiping, and even our daily crowded commutes on the underground became a thing of the past with one of the most popular hashtags – #WFH. The foundations and routine of what used to make up our everyday lives were uprooted as we look towards a ‘new normal’, whatever that may be.

But no matter how many online catwalk shows are staged, or the amount of Grindr taps you receive in a day, could they ever come close to the real thing? The excitement of attending a fashion show, waiting for it to begin and witnessing the models come out one by one, commanding the attention of the audience; draped in a designers latest instalment. Or the decision making of what to wear on a first date, the nervous anticipation you feel as you make your way to the restaurant, and, providing the dinner went well, the butterflies you get when you have that very first kiss with someone. It seems that no matter how advanced, a virtual reality could never replace the emotion we feel from physical human interaction.

But what long-term effect will this lack of human contact really have on us? Will we now be heading into the predicted roaring twenties? Or have we become poorly dressed, anti-social, and perhaps even slightly feral, members of society that have forgotten how to date one another? Or has this time apart gave us a new layer of value to the things we once upon a time took for granted?

With the fashion calendar being criticised as a circus with editors and retailers flying extensively to every corner of the world for shows, and the fashion industry being the second biggest polluter on the planet, a slower more intimate way of viewing collections has been a welcomed, and long overdue, change. Likewise with dating, often in a metropolitan city like London can sometimes feel as if everyone is constantly looking for the next best thing. Ignorantly overlooking at what’s already in front of them with the mindset of holding out for their next Tinder super like. Even though the online world could never replace our in the flesh interactions, could it create long-term change of how we perceive them?

Perhaps now we are (hopefully) getting to the other side of the pandemic, we will no longer take for granted the feeling of fabric from the clothes we’ve seen minutes before on the catwalk. Perhaps those moments on a Friday night in a Shoreditch cocktail bar getting to know someone for the first time will feel slightly more meaningful. And perhaps just because the recent global situation is temporary, the new found sense of appreciation we’ve discovered during this time for the things we once had before doesn’t need to be. And just maybe, that’s the ‘new normal’.