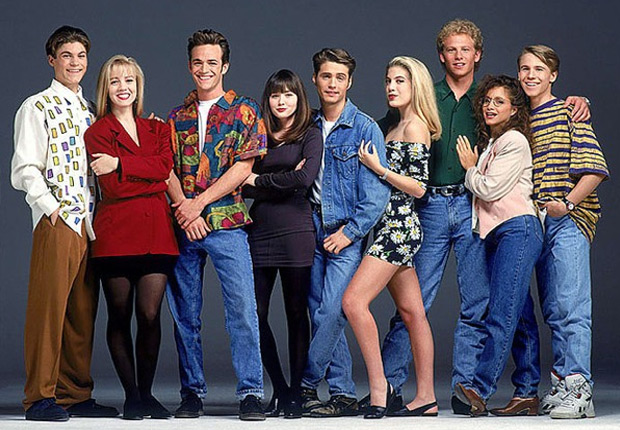 Now we have come to the final piece in the series of articles looking at different decades in fashion. It seems ludicrous that the last decade we are going to look at is even considered a trend, but it really is something that has been making itself well and truly known. The 90’s was a time of dungarees, Fresh Prince of Bel Air, and even the Spice Girls so it would seem that finding style from this era is seemingly impossible. Well it seems to have manifested as one of the current go to styles and let’s face it making some of us feel old along the way. The one thing that is clear about the 90’s is that there wasn’t one key trend in particular there were many, and this crossed over either other trends to create something new entirely.

Grunge: The early part of this decade saw a rise in popularity of flannel and this lasted throughout much of the decade. The flannel shirts of the 90’s were padded and loose-fitting for optimum warmth, and men liked to wear these with acid wash jeans, wool sweaters and leather jackets. Other pieces that were popular included anoraks and polo shirts. In Britain and the U.S. popular shoes and accessories included converse, white adidas trainers, doc martin boots, aviator sunglasses and neon coloured trainers.

Cool Britannia: During the mid-90’s, 60’s mod clothing and longer hair became popular due the success of Britpop music. This encourages the wearing of brown leather jackets, graphic print t-shirts and baggy jeans. There was a surge in popularity of Hip Hop music which brought with it oversized baseball jackets, sweatpants and tracksuits. Favourite accessories included desert boots, loafers, Chelsea boots, gold jewellery, chunky digital watches and neon was still increasing in popularity.

Neon Kid: The late 90’s saw a huge rise in neon and this became popular with a lot of the youth. It is something that was seen in the 80’s and now high street stores are revamping this slightly obnoxious fashion trend. Bright colours in the form of trainers, pumps, chinos and shorts as well as many other forms of clothing have become popular as a new trend focus. Bright accessories such as watches and baseball caps have also become today’s equivalent of the 90’s neon kid.

The thing with trends from the 90’s is that there seems to be no specific style and cohesive look. It seems to be all about being brave, bold and daring in your clothing choices. The 90’s was about fun, freedom and rebellion so this is why clothes of the time were so wild and free. Personally the 90’s as an era I shall not be revisiting as I lived through it the first time, how do you feel about this decade in fashion? Is it something you will be recreating in your wardrobe or will you be avoiding it as much as I will be? Let us know in the comments below.