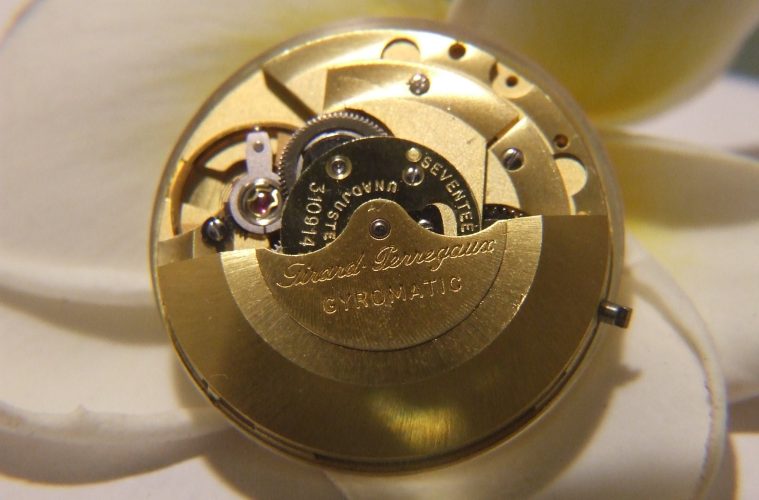 There are many myths bandied about concerning casinos, but one that is undoubtedly true is that none have any clocks or other time-telling devices in evidence. Nor do they generally have any windows to allow daylight to enter. The theory is that players should be able to forget whatever time of day, or night, it might be so they can fully immerse themselves in their favourite games without distractions.
That’s not to say that many players don’t like to have their own personal timepieces – and they even themed several classic versions around the games that they like to play. Some are even highly sought after and collectable, as these examples only go to show.

While it may not quite live up to the excitement generated by today’s online slots with their never-ending range of themes, substantial payouts and real technological innovations, this watch was groundbreaking in its day. A tiny lever on the crown activates three spinning reels and there’s a 1:125 chance of getting three bells for the jackpot. There are even authentic-sounding slots games noises as the reels spin as well a little bell that sounds when the jackpot is achieved. With a casing in pink gold and a window in the face to show the watch’s complex tourbillon mechanism, it’s a real collector’s piece.

Often watchmakers produce limited-edition models to show off their skill and expertise – and here is just such an example. Only nine of these have ever been produced and each one has no less than 538 separate parts. Not only can the watch play baccarat by itself, dealing cards visible through the small windows on the face, but there is also a roulette wheel on the obverse side of the watch and a pair of miniature dice that pop out from the side of the case. For baccarat, the cards are dealt by pressing a button at the 9 o’clock position on the watch and, for blackjack fans, there is a similar timepiece that preceded it.

Bell & Ross are best-known for creating watches based on aeronautical instrument design so this model also takes certain design cues from altimeters and similar dials. However, the predominant design features a roulette wheel and combines a unique, if complex, way to tell the time. The position of the 0 on the rotating wheel shows the minutes, the position of the white ball shows the hour and the second hand is on a smaller ring at the centre of the dial.

Piaget made quite an impression with its Polo model worn by Robert De Niro in Martin Scorsese’s Casino, but this wasn’t the maker’s only association with gambling. Its custom-made casino watch – price on application – has the four card suits on the face, a mother-of-pearl dial and a diamond-encrusted 18-carat white gold case.
So there you have them. Four classic casino timepieces, all of which may need a substantial win or two to bring them within most people’s reach!