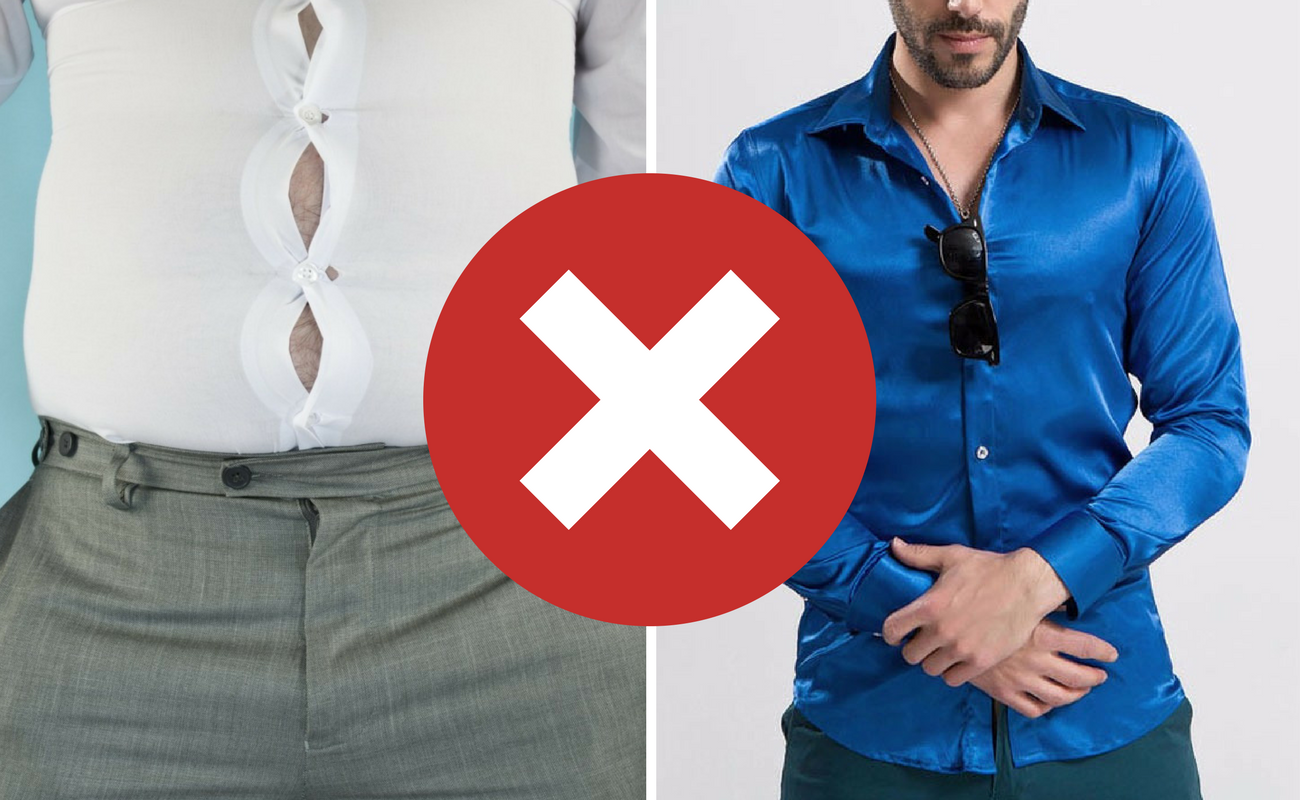 So is it acceptable to wear slogan T-shirts or lavish logos?

What about those square-toed shoes?

If you look through some old photos of how you used to dress I’m sure you’ve made some terrible style choices before, but what’s the worst thing you’ve ever worn?

Don’t worry, you’re not alone… I’ve worn some terrible clothing in the past which I’ll share below.

As a man looking to improve your style there’s a lot of clothing you need to avoid, and in todays article I’m going to highlight the 7 biggest style sins and explain why.

1. Slogan T-Shirts You Think Are Funny… But Aren’t

So the first one is something that you probably see a lot of, it’s slogan T-shirts that you think are funny but aren’t.

We’ve all been there, we’ve seen a T-shirt that we like (with a slogan or a funny phrase) and we go ahead and buy it. We wear it out, we think it’s cool but no one else does. What gives? 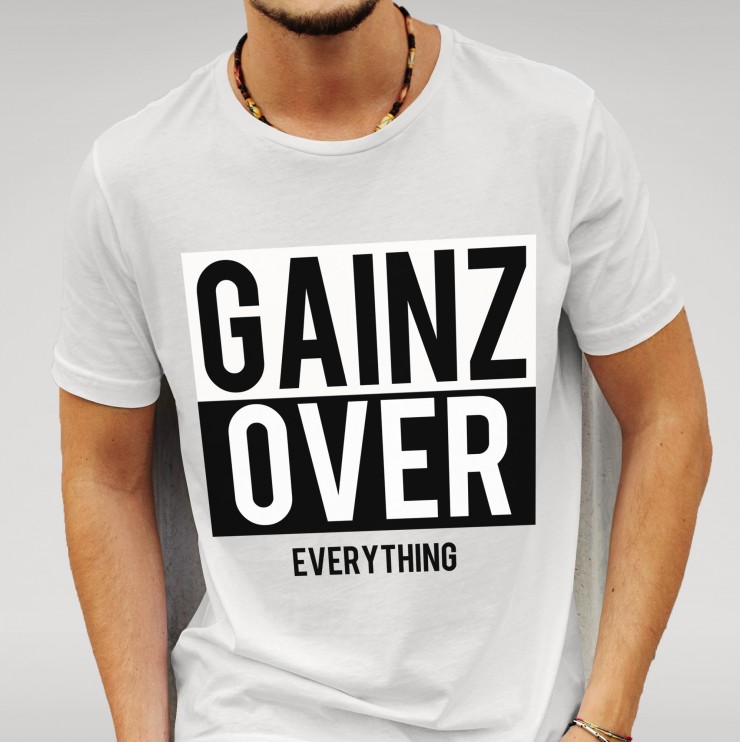 Slogan T-shirts have a time and a place. That place is indoors. Wear them to bed, make people in your household (who share the same sense of humour as you) laugh but don’t wear them out to a nightclub with a sports jacket over the top.

2. Wearing Too Many Accessories (Especially Bracelets)

Overdoing it on the accessories front was a mistake that I used to make.

Why? Because my first online business venture was an online retail store selling men’s clothing accessories called Brighterman. It sold watches, hats, ties, underwear, socks, cufflinks, shoelaces, in fact any mens accessory you can think of and because I sold accessories I wore too many.

Not only did I personally wear too many I also advised others to do so.

Now accessories are there to create individuality to an outfit. If your outfit is missing something such as detailing or a pop of colour you should turn to accessories. But there’s a lot of guys that wear 15 bracelets on their wrists sitting next to their oversized watch, they’ll wear a tie, a tie pin and a tie bar. Oh, they’ll also be wearing a pocket square, some cufflinks, a silk scarf and a belt buckle that lights up when they thrust their hips.

Even if that sounds slightly over-exaggerated, you get the point. The thing you need to remember is accessories are there to make a subtle statement. 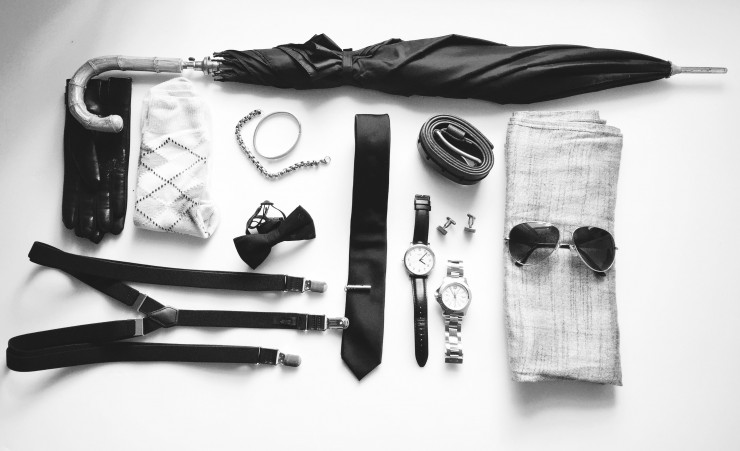 So don’t over-accessorize’ because that’s something that I see a lot of guys doing.

The third one is something that I used to wear and that’s square-toed shoes. I never like making excuses but I was young, my Mum bought them and I had no interest in style back when I was 10 years old.

My Mum used to buy my school shoes from a shop in the UK called ‘Shoe Zone’ where you could get really cheap (badly made) leather school shoes. I don’t blame her, I used to go through a new pair of shoes every month due to fact I played Football (Soccer) in them every break and lunchtime. 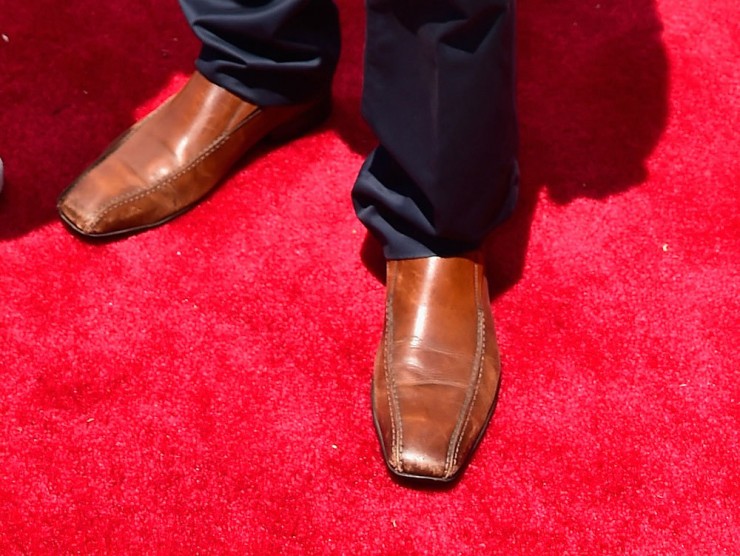 Nearly every pair I wore were square-toed, something I’d never wear again.

As I got older and started getting more into style, I saw that it was a mistake a lot of men were still making. I’d go to a nightclub or a bar and I’d still see grown men wearing square-toed shoes. This is something that you really want to avoid.

I did a video on the 5 Best Dress Shoes for Men and you can see that below, this will give you some better alternatives to the terrible square-toed shoe.

4. Shorts That Pass The Knee

The fourth one is again another mistake that I made, long shorts. 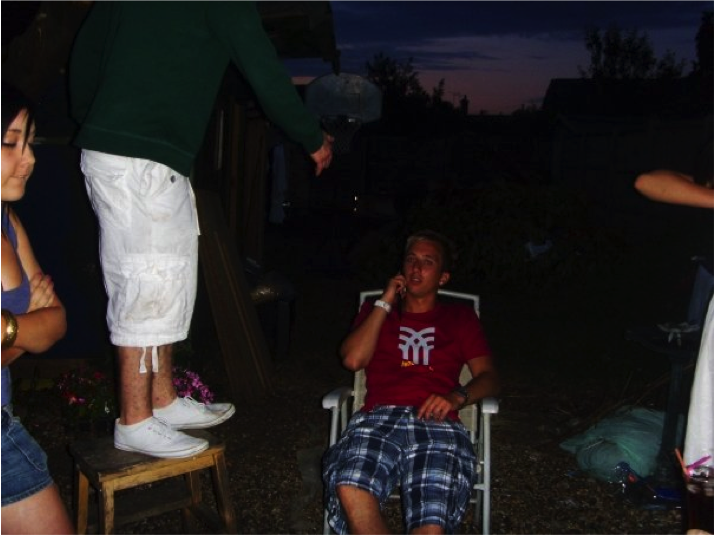 Now although long shorts is something to avoid, I’m not recommending you go and invest in some hot pants. Instead invest in tailored shorts that fall slightly above the knee and you’ll see a positive impact on your summer style.

Why don’t long shorts work? With fit being the key to dressing well longer shoes typically are baggy, meaning they’ll put your whole outfit out of proportion.

Long shorts are something that you want to avoid, and on that point… when you’re wearing swimwear only wear board shorts if you’re planning to go on a board. They’re there to serve a purpose, and style isn’t one of them. 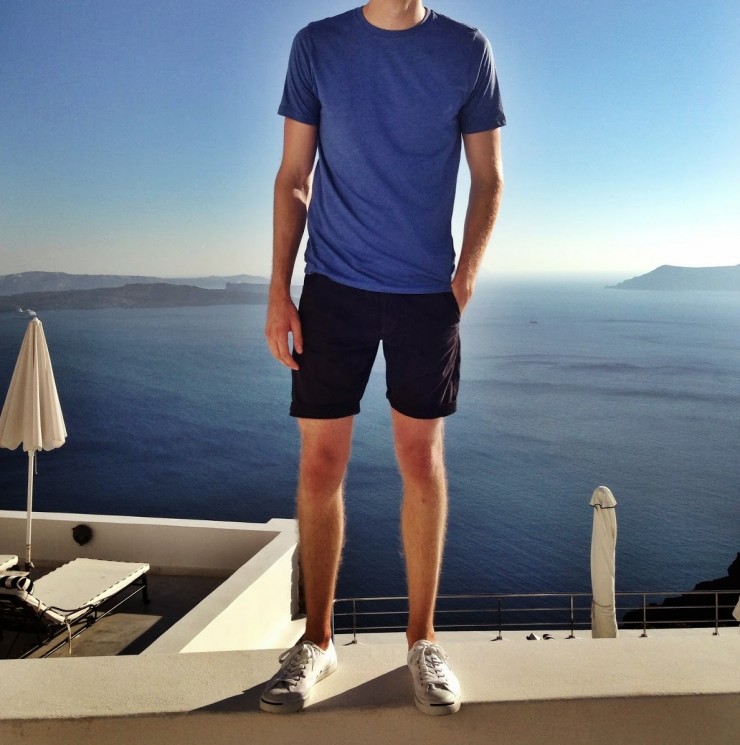 5. Clothing That’s Too Tight (Or Too Loose)

I’m not going to bore you again, fit is the number one principle when it comes to improving your style. If your clothing doesn’t fit you, you’re not going to look good.

It’s as simple as that. 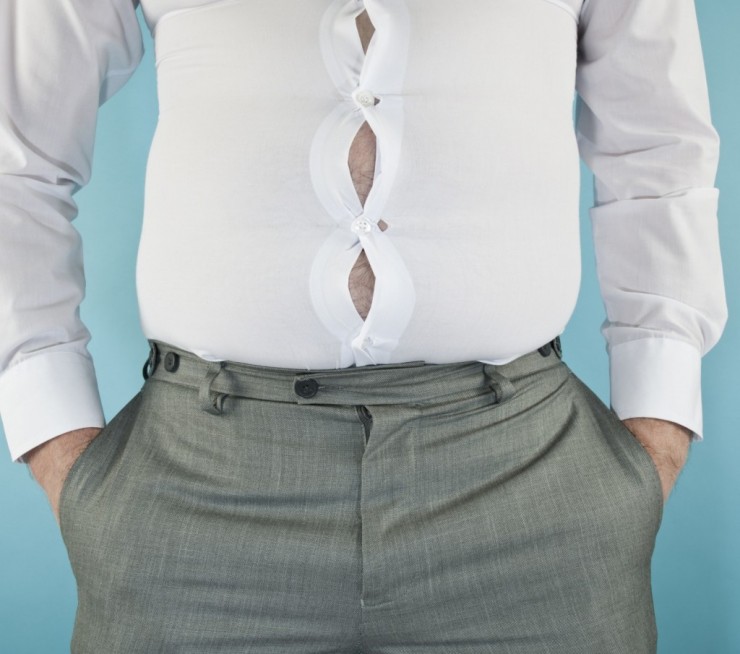 But the issue is we often get the fit wrong, opting for clothing that’s too tight or too loose. It’s a thin line, therefore I’ve created a free guide you can download called ‘The Easy Guide To Fit’ which will give you a visual representation of how your clothing should fit.

So you want to make sure that you’re focusing on the fit of your clothing, make sure it’s well-fitted. Don’t go for something that’s too tight and looks like it’s been painted on and at the same time don’t wear clothing that’s too loose and baggy.

6. The Deepest V-Neck T-Shirt You Could Find

Again, this is something again that men believes accentuates their muscular frame but in fact doesn’t. No one likes a deep v-neck t-shirt.

This was a trend that we saw a couple of seasons ago which has rapidly died out but you want to avoid really deep V-Neck T-Shirts at all costs. 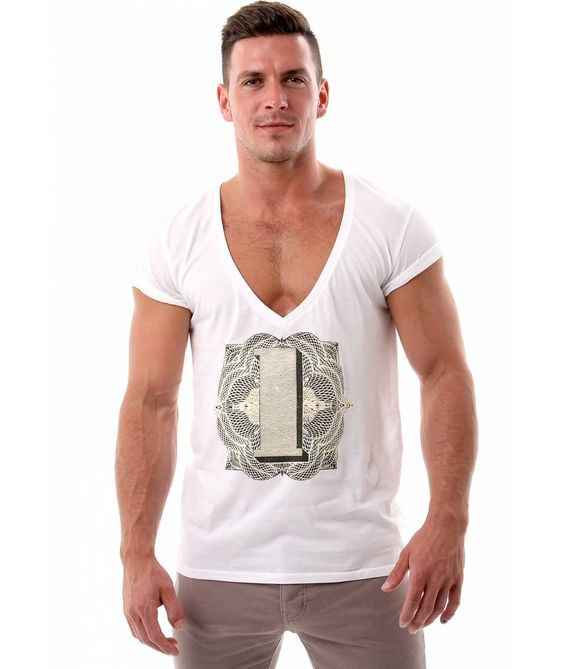 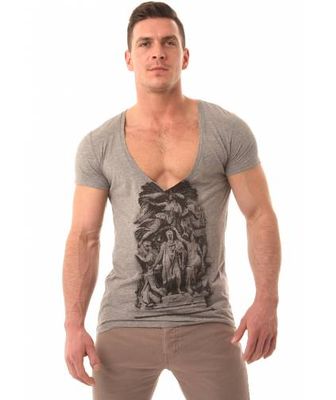 I’ve got nothing against a V-neck T-shirt, I own a few, but make sure it’s a standard V-neck and not a deep V-neck that draws the attention down to your pride and joy.

7. Shirts That Shine (Especially In Nightclubs)

You know the ones, those shiny shirts that men typically wear to nightclubs to ‘stand out’. They shined in daylight but as soon as you walked in the club (BAM), they shined even more.

This was also a trend that became popular but if you own a shiny shirt… it’s time to get rid. 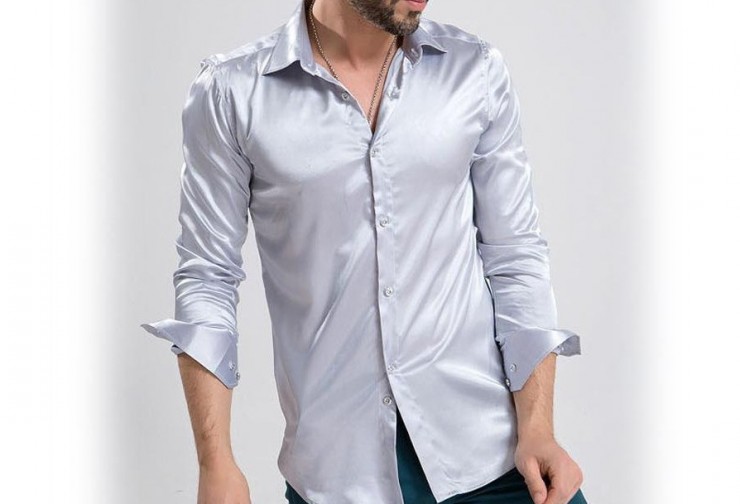 Now obviously sometimes you want to draw attention to you but wearing shiny shirts isn’t the only option you have. Make a subtle impact and draw attention towards you through your overall style, the way you carry yourself and through the finer details such as colour combinations and accessories.

Again similar to square toed shoes, pointed shoes should be avoided at all costs.

You know the ones, the ones that slightly resemble clown shoes. I’ve known some guys opt for these to make their feet look bigger but in all honesty they’re a style sin that need to be ignored. 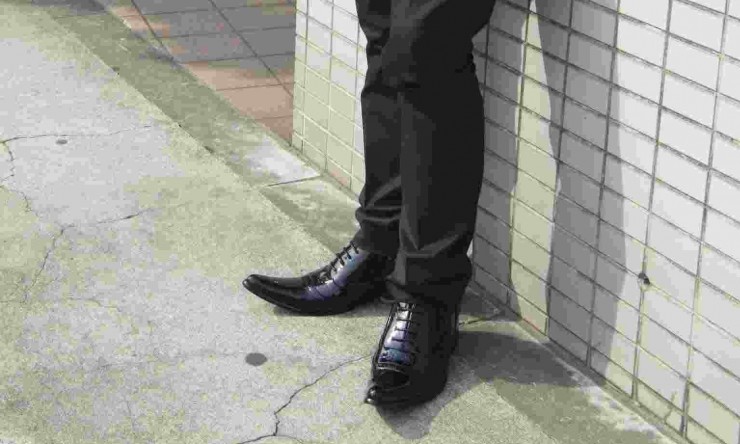 Some pointed shoes can put your whole outfit out of proportion and opting for something from the 5 Best Dress Shoes I recommended a few months ago is a better option.

An obvious one, avoid it at all costs.

A recent trend of sliders and socks caught my eye a year or two ago but personally I just don’t think it works. 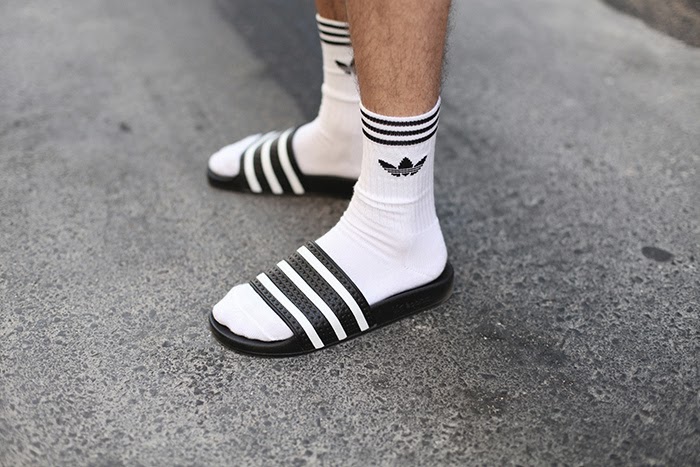 I’m all for a good pair of sandals or flip flops for a trip to the pool or beach but at all costs avoid wearing socks with them.

Embrace those hairy toes you’ve got.

Just because you’ve decided to spend your months wages on a Ralph Lauren polo shirt it doesn’t mean you need to choose the one with the biggest logo you can find.

We all have our favourite brands and designers and it’s not an issue to invest in them but oversized branding only looks like you’re trying too hard. 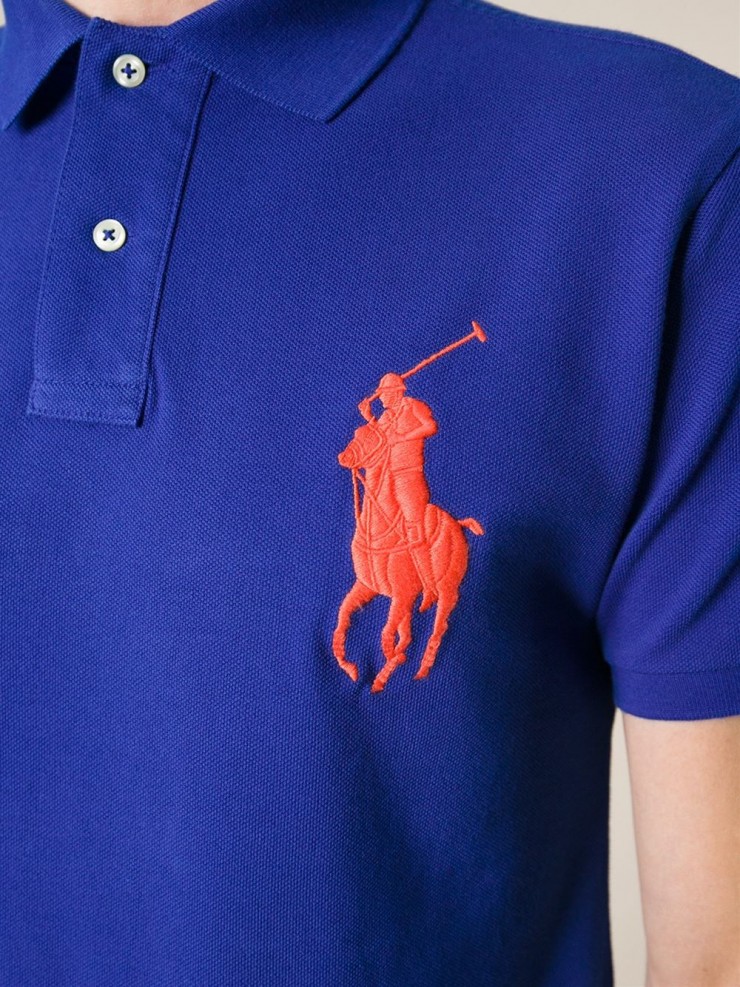 Opt for clothing with subtle branding or shift away from spending more on the ‘brand’ and instead spend more on quality.

In fact most high end designer brands will make their branding more subtle as the pricing increases.

Remember, no one likes a show off.

11. Baggy Jeans That You Wear Below Your Hips

Again I have to admit I used to wear baggy jeans. I used to listen to a lot of hip hop back when I was a teen and mirrored the clothing style of hip hop artists.

I remember owning a pair of G Unit jeans which had a white painted effect over the denim. Wow, I was cool right? 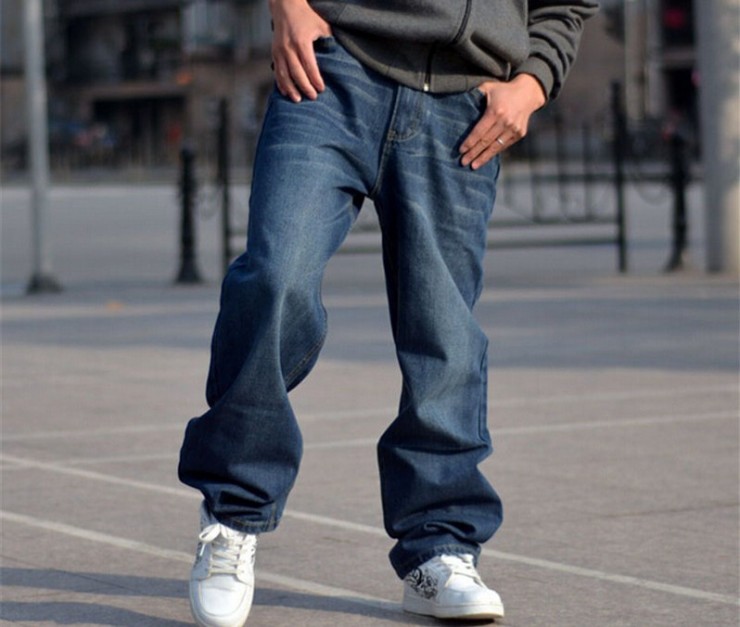 Avoid baggy jeans at all costs alongside wearing jeans lower than your hips, showing your choice of underwear for the day isn’t stylish.

Last but not least untucked dress shirts is another mistake a lot of men make.

There’s nothing against wearing a shirt that’s untucked, just make sure it’s a casual shirt. Typically the length of the shirt (alongside the fabric and cut) will determine whether you can keep your shirt untucked or not.

If you’re wearing a dress shirt you’ll typically be ‘dressing up’ so don’t make the style error of leaving it untucked.

It looks messy, it doesn’t look stylish and it’s going to have a negative impact on your overall style.

If your shirt keeps untucking throughout the day, this video might help…

So there you have it, what else do you not think that us men should be wearing?

In fact, share the worst thing you’ve worn in the past… (I know you’ve made a few mistakes – we all have).

Comment below and don’t forget to share this post with someone if you want to give them a subtle hint into a style sin they’re committing.

If you want to be the first to watch videos as I release them subscribe to the YouTube channel by clicking the banner below.