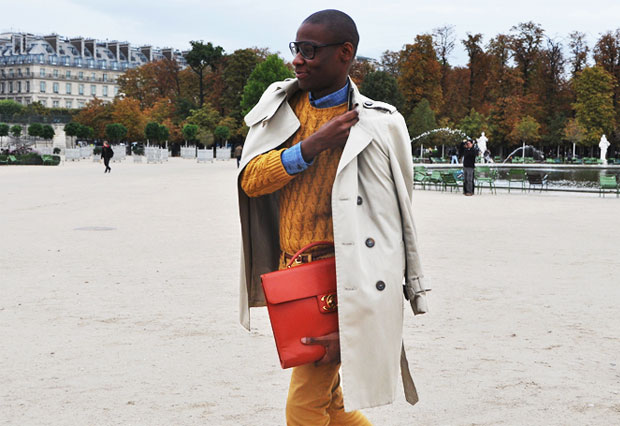 For every wardrobe essentials article we do, we very rarely punctuate the necessity of a product in relation to practicality. Normally our version of essential is a manifestation of style and our need for an iconic piece to be a part of our wardrobes. Very rare is the occasion where style and necessity are bonded within the same item of clothing, and so this next piece may come as a surprise. The humble raincoat is something of a traditional piece that us Brits are only too familiar with due to our traditionally bad weather. What springs to mind when we mention the word cagoule is the visual of British seaside’s and promenades rather than anything remotely high fashion. However this stereotypically mundane sports jacket has come of age with the majority of designers and high street outlets offering their versions of this updated outerwear piece. And it couldn’t have come quickly enough; with the ever unpredictable weather going from sunny to showers in 0.3 seconds we are in desperate need of something to keep the rain off.

The wonderful things about modern raincoats is that they are often constructed from breathable, waterproof fabrics that allow some air to pass so that you don’t get to hot and begin to sweat. The idea of these coats is to keep you dry on the inside and out, so we can see that these were originally designed purely on the basis of function.

People have been trying to make waterproof clothing for hundreds of years, maybe as early as the thirteenth century. Amazonian Indians used a milky substance extracted from rubber tress for this very purpose. When European explorers came to America in the sixteenth century, they observed the indigenous people using a crude procedure and rubber to waterproof items like footwear and capes. Who knew that semi primitive people had the fashion knowledge to create a cape? Style manifests from the most unsuspecting of places. While these early attempts at waterproofing sometimes involved rubber, they were not particularly successful. When rubber was used in clothing, the articles involved were difficult to wear. If the weather became hot, the clothing became supple and tacky; if the cold weather hit then the pieces were hard and inflexible. This problem however was solved in the early nineteenth century by Charles Macintosh.

Macintosh was a native of Scotland and by trade he was a chemist and chemical manufacturer. Through his experimentation he discovered a better way of using rubber in clothing. He would dissolve rubber in a chemical called naphtha which was a by-product of petroleum and the resulting liquid was brushed onto fabric making it waterproof. It was in 1823 that Macintosh patented his process of waterproofing fabric. The patented waterproof fabric was produced in factories in the beginning of 1824 and the first customer was the British Military. For a product that seemed so generic, it is actually steeped in history that makes us realise what an iconic piece the raincoat is. Now it is making a return to make a different kind of impact but this time from a slightly more fashionable perspective.

It’s hard to imagine the simple raincoat or jacket being anything other than boring, but as we are about to show you; they can be anything but mundane. This kind of jacket isn’t really something you can style as part of an outfit but it is a good idea to take into account the colours in your outfit to balance with the colour of your raincoat. Or think about what trend you are wearing and then work your raincoat into it by choosing an appropriate print, colour or even length. The choice you have for this simple article of clothing is as with any piece of clothing quite vast. Different colours, prints and styles will always make sure you have something to suit any occasion, situation and even personal style.

As always with British rain, it never goes away entirely. It has often happened where we have been lured into a false sense of security with a few days of sun, only to be sorely disappointed when torrential downpours ruin a summer barbeque. The new stylish raincoats that are now so widely available mean that even when caught in a storm you can still look stylish even when wet. So now over to you, anything we’ve missed? Anything to add? Then feel free to sound off in the comments box below.