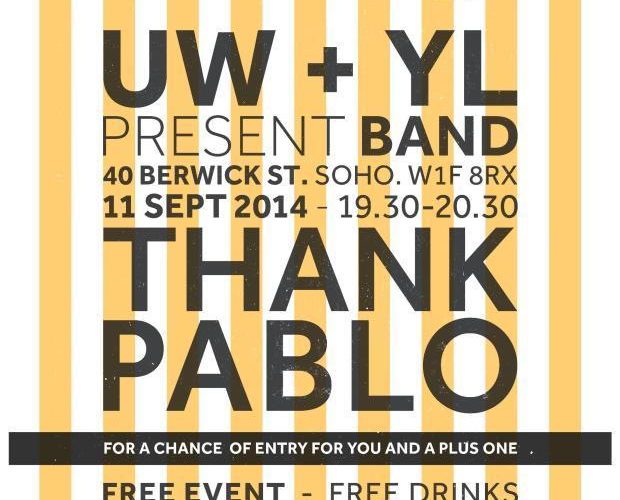 If you have been enjoying these last few days of sunshine, after a summer of beer gardens, festivals and sandy beaches, you will want that glorious feeling to last. Thankfully, due to an event hosted by Universal Works, that might just be a possibility.

In association with Mens Fashion Magazine, great British brand Universal Works have teamed up with Yard Life Festival to host a live performance from new talent Thank Pablo. If you have not heard of them yet, do not worry. Think vibes of The Kinks and Paul Simon and you will get the idea. The band will be playing an exclusive, acoustic set at the event so you could be in with a chance to hear some great new talent before it gets on the radio and is suddenly not so cool anymore.

Their unique brand of English folk pop is the perfect accompaniment to the autumn/ winter Universal Works collection which was one of the brand’s strongest offerings to date. While the sun might be shining, you can start thinking ahead to autumn weather and dressing, by taking a look at the new collection, which features shearling lined outerwear, cuffed chinos, Fair Isle knitwear and accessories as well as the stand out – a long, hooded parka in a great beige (which makes for a great transitional piece, because as we all know, it does not suddenly start getting warm in March does it?) While deceptively simple in its construction and appearance, the quality is incredible with fabrics used including Harris tweed, lambs wool and Japanese denim.

The event takes place at the Universal Works store on Berwick Street in Soho on 11th September, from 7:30 pm. To get your hands on a ticket, you simply need to send an email to competition@univeralworks.co.uk and you can get that one last slice of summer that we all so desperately crave. 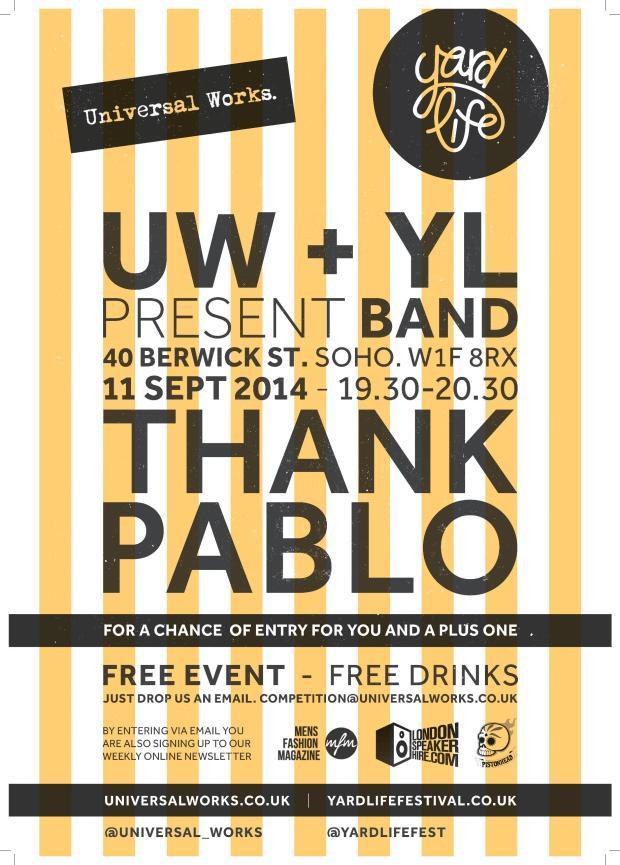 Sun-kissed folk pop from South London, Thank Pablo are an English folk-pop quintet that create a buoyant sound perfectly entwined with uplifting harmonies. Their music marries the magic of The Kinks and Paul Simon with the valour of Crosby, Stills & Nash. Thank Pablo are the perfect soundtrack to your summer; it’s music to make you smile.

Thank Pablo will be performing from  on the 11th September 2014 at the Universal Works store on Berwick Street, Soho.