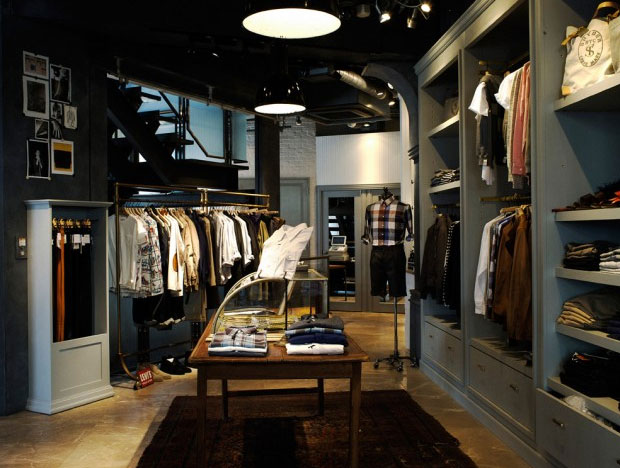 A few months ago, I wrote an article about shopping on line versus shopping in stores. The question of which was easier and which was more enjoyable came up. In the case of Todd Snyder’s store which has opened in Tokyo this month there is definitely no question about either. Here, the store has been called ‘The Townhouse’ – a three-story building which merges ease and enjoyment in a new and exotic way.

The new flagship store has, evidently, something new to offer on each floor. The top being a Tailor Shop with a whiskey bar, serving Stumptown Coffee. The ground floor has Snyder’s collection of special items, exclusive products such as Tricker’s, Alden, Champion and more. Finally, the basement is a mimic of Snyder’s New York store, the City Gym feeling evident and explored.

Having recently been named one of GQ’s Best New Menswear Designers it seems fitting that Snyder would move his designs. Having stayed very true to the New York sensibility, Snyder has now opened up his fashion exploits to those in Tokyo. Not only has Snyder opened a store that resembles no other, it contains his designs and vision of what the men’s fashion world resembles.

Snyder has been very active in his progression as a men’s fashion enthusiast. He studied textile and clothing design at Iowa State University, learning the art of cutting and sewing at Des Moines haberdashery Badowers. He spent two years in New York, designing outwear for Polo Ralph Lauren. By 2011, he launched his own eponymous menswear collection exclusively at Bergdorf Goodman, Ron Herman and Neiman Marcus.

And now, in 2014, we see his designs opened up to those in Tokyo with a new array of expression. The boutique feeling and elegance has remained and been transformed to suit the town house concept.

I don’t know about you but here at MFM we’re booking our flights. We most certainly want to be jetting off to Tokyo and seeing the new store. What about you? Will we be seeing you over there?