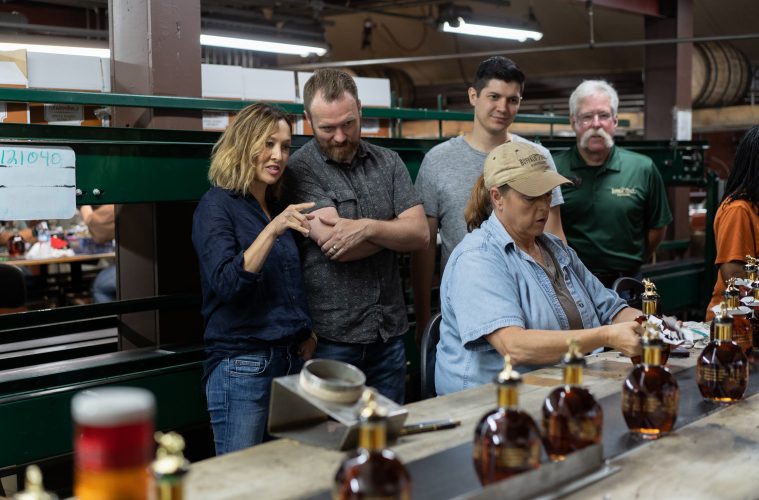 This Father’s Day: Give the great gift of Buffalo Trace for the father figure in your life!

Buffalo Trace Distillery is an American family-owned company based in Frankfort, Franklin County, Kentucky. The Distillery’s rich tradition dates back to 1773 and includes such legends as E.H. Taylor, Jr., George T. Stagg, Albert B. Blanton, Orville Schupp, and Elmer T. Lee. BuffaloTrace Distillery is a fully operational Distillery producing bourbon, rye and vodka on site and is a National Historic Landmark as well as is listed on the National Register of Historic Places.

The Distillery has won 35 distillery titles since 2000 from such notable publications as Whisky Magazine, Whisky Advocate Magazine and Wine Enthusiast Magazine. Its Col. E. H. Taylor, Jr. Four Grain Bourbon was named World Whiskey of the Year by “Jim Murray’s Whiskey Bible 2018” and its William Larue Weller and Thomas H. Handy Sazerac were named 2nd and 3rd finest whiskeys in the world, respectively, in the “Jim Murray Whiskey Bible 2020.” BuffaloTrace Distillery has also garnered more than 1,000 awards for its wide range of premium whiskies.

Ahead of Father’s Day on the 20th June, Buffalo Trace is offering a suit of expertly crafted bourbon, which is guaranteed to go down a treat with any whisky lover.

Buffalo Trace Kentucky Straight Bourbon Whisky is distilled, aged and bottled at the most award-winning distillery in the world.

Made from the finest corn, rye, and barley malt, this whisky ages in new oak barrels for years in century-old warehouses until the peak of maturity. The taste is rich and complex, with hints of vanilla, toffee and candied fruit. The smooth finish lingers on the palate. This will never change. The recommended serving of Buffalo Trace Bourbon is the Festive Old Fashioned*.