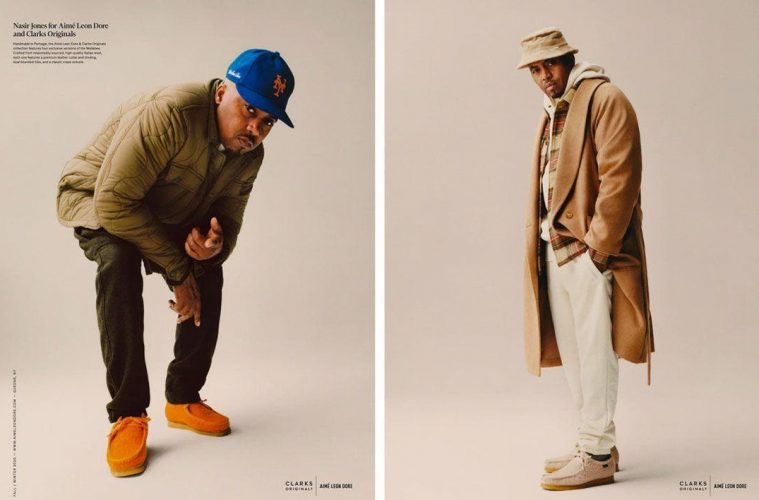 The Iconic Clarks Wallabee: A Love Affair with Music

With every new trend comes a new shoe. Some fade and are never seen again, others last a little longer, but no shoe has made such an impact on so many subcultures as the Clarks Wallabee.

The Wallabee’s roots are so deeply embedded in British Culture, they may as well come with a free cup of tea. The iconic shoe we all know and love today was born in 1967. It took inspiration from the top half of a German moccasin, the Sioux Grasshopper, and when placed on top of that iconic Clarks sole created an instantly recognisable silhouette.

Through marketing towards the North American market, the shoe was then picked up by the Jamaican Rude Boy Culture. At a time when the consumption of English goods with a decent price tag was something highly sought after, this shoe fitted the bill perfectly. The crepe sole that sets it apart was rumoured to give oﬀ such little noise that it was popular amongst young Jamaican criminals and its sister shoe, the Desert Trek, was dubbed the ‘The Bank-robber’.

Over the decades, popularity for the shoe continued to spread globally, and soon feet everywhere were rocking a pair of Wallabees. In the 1990s they were most famously worn by Wu Tang Clan, so often that Ghostface Killah went on to release a compilation of B-Sides and remixes titled The Wallabee Champ, as well as appearing on the cover of his 1996 album Ironman, alongside Raekwon and Cappadonna, holding a selection of two-tone custom Wu-Wear collab Wallabees.

Over on this side of the pond, Britpop had its grip on the nation. We’re all familiar with The Battle  Of Britpop, aren’t we? A subculture that spoke to many, with songs like Supersonic, Common People and Parklife providing a soundtrack to many memorable moments. The Wallabee was right there at the forefront, so much so that it cemented its status by featuring on the cover of The Verve’s 1997 album Urban Hymns, as well as being featured in their video for Bitter Sweet Symphony.

The late nineties brought about the temporary demise of the Wallabee as sneakers took their place. But Clarks, ever committed, climbed their way back to the forefront by joining forces with some of the biggest names in streetwear and rap, and are now endorsed by big names such Drake and Kanye West. Recent collaborations have propelled their popularity even further,  working with labels such as Supreme, Aime Leon Dore and Carhartt to deliver Wallabees to a new generation.

Only a few other shoes can not only claim, but back up the successful infiltration of so many subcultures. Music is, of course, at the forefront of all of these, but no one can deny the Wallabee and its simplistic silhouette is adored the world over.