The Way We Dress Today Whatever you do today, make sure you read this whole article. Because here you finally are, you've found yourself have a willingness to read this article and stumble across a maga" /> 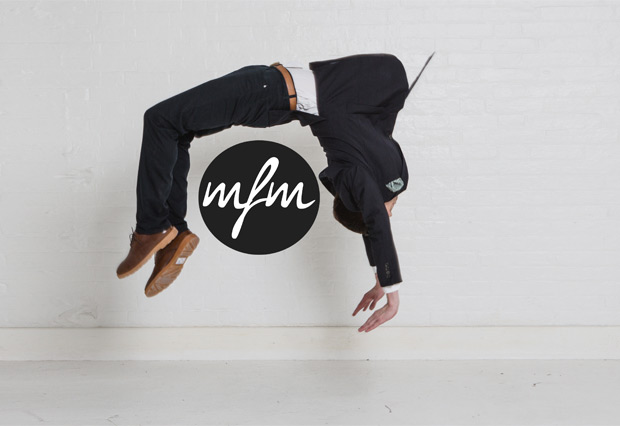 The Definition Of MFM

The Way We Dress Today

Whatever you do today, make sure you read this whole article. Because here you finally are, you’ve found yourself have a willingness to read this article and stumble across a magazine that, by first impressions, would solely be about men’s fashion. Catwalk run-downs, fashion trends and how to wear meggings maybe what you’re dreading right now, but fear not… you’re in the right place. Comfort zones may of been broken, and you could even be reading this in a local cubicle to avoid potential embarrassment of someone seeing you read a website based around fashion for men, but this isn’t what you expect.

I don’t know you, but if you’re like 90% of today’s generation, I know a little bit about you. I know that:

From someone who used to dress pretty appallingly, I learnt that enhancing the way we look through the way we dress is all down to one thing… Education. I’m not talking about a PHD either, or a 4-year degree at the London College of Fashion, I’m talking about the lack of basic style education there is for guys right now.

To read GQ you almost have to feel like a gentleman, and have a bank balance to back that. Nothing against GQ, we’re big fans, but the majority of guys don’t feel worthy enough to read it. Blogs are almost too personal sometimes, and too much advice from one particular person could have you molding the way you look into them. We’re looking to create the balance, and offer the solution.

You see the majority of us in the modern era are slacking. It’s a statement that’s going to dent your ego, but it’s a statement that statistics and history can prove. You only need to think about the older generation and notice the way they still dress to date to notice the shift in the way the modern man dresses. My Grandad, who’s 89 and still runs (irrelevant, but he told me chuck that in there… go on the old boy!) wears a shirt and formal trousers every day without fail. He never fails to tuck his shirt in either. Even if it’s a day at home gardening, or a quick trip to the shops, his attire consists of formal pieces. But when I asked the old man about the reasons behind him dressing like that, he summed it up in three words… It’s our uniform.

*Old pictures of my old old man and grandma.

As generations have passed, and the modern day man, along with fashion and style has changed, the normality of what us men should wear has taken a lazy approach. There’s a huge divide between casual and formal, and it’s been proved there’s a strong belief among the majority of men that formal clothing should only be worn on formal occasions. We’re not telling you to suit and boot every single day, we’re simply looking to educate today’s generations on ways to enhance the way you dress.

Style and fashion is of course about individuality, and our aim isn’t to mold your style into something you’re not, but we’re aiming to give you that gentle nudge to go against the norm.

Next time you go to a bar for drinks, take a slight glance at the way groups of guys are dressing. Why? Well let’s say there’s a group of five guys in a bar altogether, there’s going to be a high chance they’re all dressing pretty much the same. Now that’s simply because the people around us and the way the majority of men are dressing right now is highly influencing the way we dress. It’s a natural process to follow the masses. If there’s a group of 7 guys in a bar on a night out, and 6 of them are wearing baggy chinos, shoes from their school days, along with a shirt untucked, but there’s a guy wearing tasselled loafers, slim fitting grey wool trousers, a slim fitting shirt and tie with a navy cardigan… Who’s going to be the odd one out? Who’s going to get some stick from the higher majority in the group, but who’s also going to make them slightly envious he dresses like that?

Now if you flip that scenario, and you spot a group of 5 guys suited and booted for a night out and 1 guy looks like he’s just finished a gym session, who’s the odd one out dealing with the stick and no envy? We’re not asking you to break comfort zones by wearing a pink cardigan on a night out, and we’re not telling you to dress head to toe in what you see on the catwalks, were trying to slightly nudge you in a better direction when it comes to the way you dress to break the current normality.

You see our aim is to educate the basics on dressing better, because it really isn’t that hard… There’s still a stigma that exists to some extent that fashion isn’t for the typical man, and we’re looking to break that. We’re also looking to introduce outsiders to the industry, because menswear is in a really strong place right now and the industry isn’t, as you’d expect.

Our definition is pretty broad, but our aim is extremely targeted.

We cover all bases on this website, along with providing more unique content in our bi-monthly digital edition.

If you have any questions for me, or about MFM in general, leave a comment or get in touch with us via social media.

“Style is knowing who you are, what you want to say, and not giving a damn”  ― Orson Welles