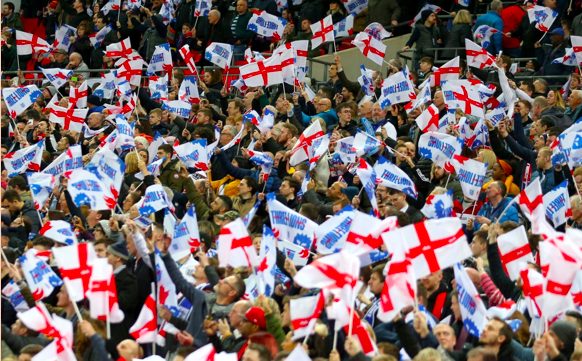 Unless you’ve been ignoring the TV, the Internet and the flags hanging outside your neighbour’s windows, you will know that the Euro’s have finally re-entered our lives. I think we can all agree that they have not disappointed. Now, whilst I’m not going to go all daytime-telly and tell you that “this is exactly what we need right now”, it kind of is. Fans have packed the terraces, England have allowed us to dream once more and the supermarkets have deals on beer. There really isn’t much to dislike about this tournament.

The atmosphere at a football game is famously hard to beat, and seeing swathes of passionate fans behind their favourite team once again is a wonderful sight. The sound of the crowds is something that definitely can’t be replicated with recordings. There’s nothing quite like witnessing a ball hit the back of the net and seeing the pure joy (or devastation) on the faces in the crowd.

We’re all familiar with the reputation of the England team and how, as a nation, we’ve grown used to feeling let down at a critical point in each tournament. Years of hurt and disappointment, and yes, we do always say “this time it feels diﬀerent” before another loss, but perhaps this year it really is turning around. We’re nothing if not hopeful. We’ve made it into the semi-finals after a whopping win over Ukraine, and whether we bring it home or not, seeing fans back together again to support their team is sure to be an inspiring sight.

2018’s World Cup was responsible for bringing a new wave of football fashion to the forefront, in the form of Gareth Southgate’s viral Marks & Spencer waistcoat. Southgate has carried this tradition into Euro 2020, being fully kitted out by Percival Menswear, but for me, this tournament has been all about Roberto Mancini. I’ve always felt that a manager on the sidelines should be wearing a suit. Unless you’re going to sub yourself on in the sixtieth minute, leave the tracksuit in the dressing room. Mancini has excelled in this department by gracing the bench in an impeccable grey blazer, paired with navy trousers and a white shirt. Jacket on or jacket oﬀ, this man clearly knows how to wear clothes well and we should all be looking at him when picking our next suit. His Richard Mille watch isn’t bad either, but for what it’s worth, you could buy a house instead.

Regardless of the outcome of this tournament, it has still been an absolute pleasure to revel in all that the beautiful game has to oﬀer. Roll on the World Cup next year!