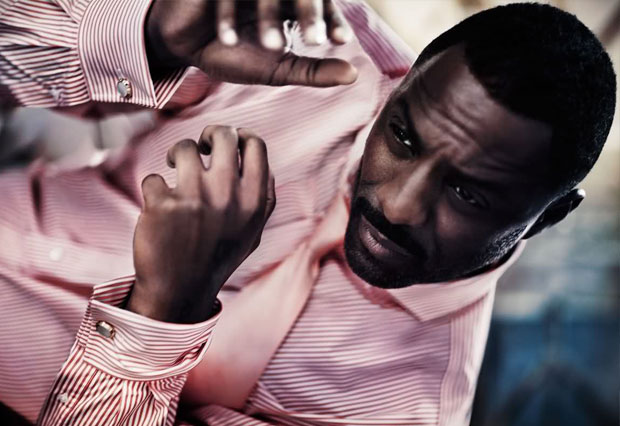 Very rare is the occasion when a talented actor makes that much of an impact that the whole world stands up and takes notice. With an impressive filmography under his belt, the fashion world is now taking notice of this gent, with magazine covers of GQ, FHM Collections, and Essence to add to his list of achievements. Idris Elba is the actor on everybody’s lips as he is set to appear as Nelson Mandela in the film biopic ‘Mandela: Long Walk to Freedom’, a challenging role about an iconic individual.

Born on the 6th September 1972 in Hackney, London, Idris is a British television, theatre and film actor who has also starred in many American productions as well as British ones. His love of acting started at a young age and it was from this that his pursuit of an acting career bloomed. He left school in the year of ’88 and he won a place in the National Youth Music Theatre thanks to a £1,5000 Prince’s Trust grant. However like most of us during our studies, he had to do every job under the sun (tire-fitting to cold-call advertising sales) to help pay the rent between his minor roles in Crimewatch reconstructions. As well as being a talented actor, Idris is also a Dj and has his own DJ Company. He began working the nightclub circuit under the DJ nickname ‘Big Driis’ in 1991, but began auditioning for television roles when he hit his twenties. After his stint in the National Youth Music Theatre, he continued to pursue acting remembering the encouragement he had from his high school drama teacher.

Now he is a big Hollywood star as he takes on quite possible his biggest role yet as Nelson Mandela in the film biopic which chronicles Nelson Mandela’s life journey from his childhood in a rural village through to his inauguration as the first democratically elected president of South Africa. Other big film roles include: American Gangster, Rock’n’Rolla, and Prometheus but that is only a small mention of the many films in which he has starred.

His Style is something that needs to be taken note off, even though he dresses very well it is not in the typical English gent way. He is a Hackney boy at heart and this comes through in his way of dress, looking dapper and sophisticated with an added bonus of cockney boy cheeky charm. He carries himself with pride and sophistication yet he doesn’t pretend to be something he is not. He’s true to himself and that is part of the charm in how it elevates his outfits because of how he sees and carries himself. Take a look at how we interpret a couple of his best looks, so you can have a go with his style for yourself.

This look is reflective the cockney boy sophistication that Idris carries in most of his looks. Combining classic tailored pieces with a pair of denim jeans is not something I would personally encourage yet for Idris it seems to work. So maybe it can for you too.

The second look takes inspiration from one of Idris’ recent magazine covers, where he was styled to look like a modern day James Dean. This is a great look that is current and modern and features a luxury leather jacket like the ones in yesterday’s piece.

As always our style icon pieces are meant to guide and inspire through the looks and outfits of men me respect and look up too. Idris Elba is a great example of a Hollywood celebrity that has still managed to keep his feet firmly on the ground. And he looks dapper and stylish while doing so. His new film ‘Mandela: Long Walk to Freedom’ is out on the 29th November, make sure you check it out.