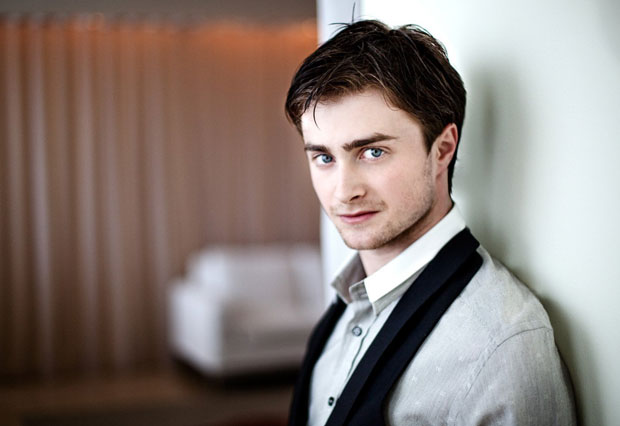 We all know him as the boy wizard. Our very own British child actor that blasts spells across our televisions at Christmas time. Daniel Radcliffe, however, started out his career in an ITV adaptation of ‘David Copperfield’ before he even knew he would become famous. Luckily for him, the show was seen by the first of the ‘Harry Potter’ directors, Chris Columbus, who knew immediately that he wanted him to be his Harry. From that moment, Daniel Radcliffe’s hair, dress sense, every move, was put under the microscope. He was told how to look because of the way the boy wizard had to look. He became an idol for children everywhere and had to uphold that image.

By the final films release it was very clear Radcliffe and his other two co-stars – Emma Watson and Rupert Grint – were in the spotlight. What would they do next? Watson went on to continue her education, Grint went on to do other smaller films but the spotlight was still very much on Radcliffe. What was the boy wizard going to do next? By this point, however, Radcliffe had already made his statement. ‘Equus’ was on the stage from 2008, showing Radcliffe fully naked and participating in bestiality. He went on to act in a film adaptation of a novel and show that frightened millions of people – ‘The Woman in Black’ and is continuing in the horror field with ‘Horns’, an adaptation of Joe Hill’s novel where Radcliffe plays a man, tangled in a Luciferian situation, accused of raping and murdering his girlfriend, quite as far from ‘Harry Potter’ as one would think.

Daniel Radcliffe wanted – and still wants – to be taken seriously. He shows that in the interviews he gives, his genuine desire to continue with acting, tackling different kinds of roles and in his fashion. Radcliffe has already been the cover boy for magazines such as Esquire, Out, Details, Attitude – dressed in suits and woollen jumpers. Radcliffe manages to pull off wearing a suit as if it should be worn every day. Suits are not just for work or weddings but for walking down the street. Woollen jumpers are not just to keep you warm but to have the sleeves rolled up, exposing accessories such as watches. Here at MFM we constantly look for styles that are different and yet classic. Look below for three different styles Radcliffe put together and how you can translate that into your day to day routines:

As Radcliffe shows us, suits are not just for formal occasions – the look is taken from the third image in the look book. It’s not just where you wear suits, it’s how you wear them. The casual grey suit – amped up with the smart Mr. Porter waistcoat – is filled with sophistication. With the right watch and polished, brown shoes, wearing a suit will no longer feel like a chore – a laborious exercise before work – but something, in fact, to be embraced.

This look – inspired by the fourth picture in the look book – tells the world that jazzy jumpers are not just for Christmas or winter but what better way to keep yourself warm than having one? Indoors – or even when it’s not as cold – roll the sleeves up and show the accessories around your wrist. Like suits, jumpers don’t need to be a necessity but something to be enjoyed and relished. It’s a laid-back casual look and with the right bag and shoes the look is completely aptly.

This look is taken from the sixth image in the look book. It pays homage to the sailor look – with its stripy top and white trousers – but it’s a very light outfit to wear. Fitted with the Ralph Lauren jacket, the look is another perfect example of smart-casual – one of those days wear walking around in a pair of jeans and a jumper isn’t an option. It ignores any sort of connotation of summer and becomes an all-year-round look.

So it’s safe to say that the boy wizard, Mr. Daniel Radcliffe, has all kinds of tricks up his sleeve. His smart-casual sense of fashion is one of many. Here at MFM we’re excited to see what Radcliffe will be doing next – knowing, of course ‘Horns’ is coming out soon, our excitement increases to see how he will deal with a very different role to what he’s already played. Drop us some comments on what you think of Radcliffe, what the horror film will be like and, of course, tell us your recommendations.